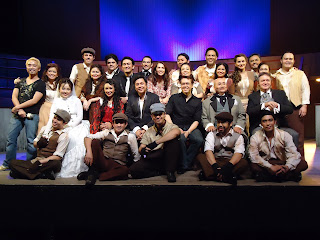 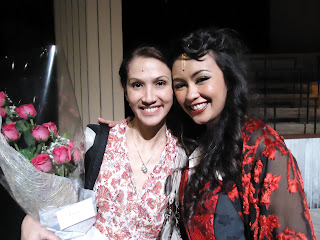 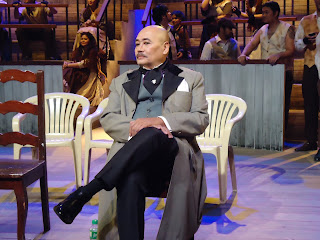 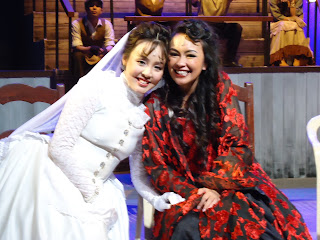 The mirror has two faces
By Earl D.C. Bracamonte

Repertory Philippines presented the much-awaited musical Jekyll & Hyde with much aplomb. With music by Frank Wildhorn and book & lyrics by Leslie Bricusse, this tale of love, redemption and the seductive power of evil stars rock artist Jet Pangan and accomplished thespian Michael Williams essaying the titular character. “Separating the two characters is quite difficult because they intersect at some point. But as an actor, you need to draw the line, see the convergence, and attack each completely on its own,” declared theater veteran Williams, who, like Jet, wowed audiences with his ingenious portrayal of a difficult role to play.
Pangan and Williams alternate for the role of the brilliant but obsessive scientist and his sadistic alter-ego. The timeless tale about the good doctor and his doppelganger will definitely stir the audiences as he reveals his two-sided countenance. As Henry Jekyll is wholly good and Edward Hyde is wholly evil, audiences had some fun with how Jekyll and Hyde played cat-and-mouse with each other’s character. And this is the part where both lead actors each attacked the role in their own individual approach with both emerging ‘victorious’ as evidenced by the ovations given by nightly spectators.
“This is my 14th production and my first one with Rep. Transitions happens all the time, not just in this musical. It’s a fun journey for me, both musically and professionally. The full orchestra raises the ante of live entertainment in a time of virtual overload,” shared Jet.
Adapted from Robert Louis Stevenson’s 1886 novella, Jekyll & Hyde is set against the backdrop of Victorian London with the respectable Dr. Jekyll who has begun to display alarmingly erratic behavior. From the gentle, human Dr. Jekyll, his evil side emerges in the person of Mr. Hyde when he drinks a secret potion. The plot further becomes complex when a brutal figure haunts the city streets, committing assaults and murder under the cloak of darkness and the dismal London fog.
Kalila Aguilos portrays the role of saucy temptress Lucy Harris, the main attraction at the Red Rat bordello. “I find it a thrilling roller-coaster ride. Rep is the most organized theater company I’ve worked with.” Aside from Jet, Kalila is the other cast member who joins Rep for the first time.
Cris Villonco, on the other hand, plays the role of Emma Carew, the sweet fiancée of Jekyll. “It’s a great experience working with new as well as old theater friends,” quipped the busy actress, who shuttles between this production and “The Sound of Music” at Resorts World Manila.
Junix Inocian, who flew all the way from London, plays the important and pivotal role of Gabriel John Utterson, Jekyll’s lawyer and friend. As narrator, it is through him that we see the story progress to its tragic end.
Musical aficionados will definitely enjoy the songs that includes “This Is The Moment,” “Someone Like You,” “Alive,” “A New Life,” “Take Me As I Am,” “Once Upon A Dream,” “In His Eyes,” and “Dangerous Game.”
This theatrical adaptation is directed by Rep’s associate artistic director and multi-awarded actress Menchu Lauchengco-Yulo. “The challenge of retelling and presenting the show was daunting because of the many revisions already done to the original script. Fortunately, we got hold of the original script and we were able to bring sensibility into the show that’s distinctively ours. We were successful in making it the production that it is.
“We presented the idea of duality and transformation without being cheesy or funny. I opted to use the Victorian operating theater as setting and the Greek chorus as a trial; giving ‘judgment’ whilst playing ‘conscience.’ After deconstructing the material, we built an idea that needed an amazing cast. This production is very collaborative. All in all, it’s a journey worth taking!” related the passionate director.
Jekyll & Hyde is presented by special arrangement with Music Theater International and runs ‘til April 22, with shows on Fridays and Saturdays at 8 pm and matinee shows on Saturdays and Sundays at 3:30 pm, in Greenbelt 1’s Onstage Theater.
Labels: Broadway musical Pinoy production Repertory stage theater