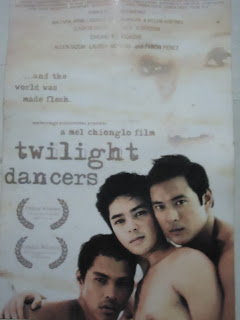 
You’re a newly-ordained fag-hag fresh out of Poveda who immensely enjoys the company of your newfound beki friends. However, they seem to be speaking in gibberish that only they seem to understand perfectly. You now ask your closeted gay friends from Xavier and Chiang Kai Shek but they too are not much of a help.
If you’re baklita gang can’t give you a crash course on bekimon, allow us to acquaint you with a handful of terms that would help you navigate the colorful, yet dizzying, world of tongue-twisters, colloquialism and words devoid of etymologies and origins but simply coined at the spur of the moment…

*Baklush, juding, bading-gerzi or baklava and all words bearing the same sound only mean one thing; that to whoever these words are referred to only points to his homosexuality – which could range from the parlorista, screaming fag, paminta and everything in between. If you’ll hear a Japayuki uttering the word “okama,” it means the same things as those aforementioned. If someone calls you ‘fagly,’ be afraid; be very afraid. ‘Coz it means that you’re an ugly fag. You’re brothers-in-arms, the lesbo and dykes will be referred to as ‘tivoli’ (not the frozen delight) or ‘tiburcia,’ or simply ‘tibo.’

*Manay Ichu may be the name of the movie-studio matriarch but in gay lingo it refers to your countenance. It is usually asked by someone who hasn’t met the person in the conversation. So it’s up to you to size him up on whether he’s biao/byula (good-looking), hipon (nice bod, forget the face), chaka (fagly), halamang dagat (forgettable), or simply...

*Gor-geous! When somebody uses this adjective on you, be wary! While it could be a sincere compliment from a hetero, it means the exact opposite in Gaylandia. The word’s first syllable, “gor” is short for “gurang” (old, archaic). The blunt of tongue will simply call those older than them as “gurami” (after the Korean kissing fish).

*Nota! When you hear this word, you’re definitely not talking about music but the male appendage. And with this comes the approximation in size, whether he’s daks (endowed), duty-free (liliputian), reggie (mid-sized), kumang (bent to the left or right/ up or down), or tarugho (gargantuan). Size queens prefer the latter, sometimes without considerations to looks.

*Anda! After “hada” comes anda, short for ‘ang datung’ (money, moolah, TF). While at times ‘hada’ happens because of GL (ganda lang or galing lang) and GGL (ganda at galling lang), more often, compensation is involved especially if the other party is a straight guy. So it’s better to be sure what the deal is all about before even starting. And when an ‘anda’ agreement has been reached, make sure you have the actual money to give, or else…

*Bogz! Basketball fans may understand this as cager Adornado’s sobriquet, but in bekimon, it means a ‘punch’ or any body contact to inflict pain. If you’re a beau-konera (pageant entrant), this could also mean that you didn’t make it even as finalist and that you’re a ‘Luz Valdez’ or ‘Lucita Soriano’ (loser) and not a ‘Winnie Santos’ or ‘Winnie Cordero” (winner).

*Award! You may have heard Remington utter this word in the ‘Zoombadings’ movie and it simply means ‘bogz’ happened and that you’re a major, major awardee in black and blue. You can actually save yourself from bruises and contusions from an impending kick-and-punch combo by doing a ‘randaboo’ (run for your life) or engaging in fisticuff a la Cindy Rothrock or Cynthia Luster. But the wise simply shouts ‘N-A-R na!’ Sabay takbo!

So whether you’re a neophyte fag-hag or a vaklita grappling with his newfound self, it pays to master these few words so you don’t remain ‘clueless’ or ‘dazed and confused.’ Learning this library of words is simply like ‘hada’ and smoking; sa unang hithit, uubuhin ka, pero before you know it, nakaka-dalawang pakete ka na manash! Gow gow gora-belles!
Labels: alternative lifestyle bekimon colloquialism gay lingo