The perks of Holiday sprees
By Nico Erle Ciriaco

Shopping at the SM stores not only allows you to enjoy its one-stop shopping excitement, great assortment and the superb service it has been known for, but also get a chance to win a VIP travel package to Resorts World Sentosa Singapore.
Holiday shoppers get a chance to win one of 120 VIP travel packages at stake in this MasterCard promotion by shopping at the SM Store using their locally-issued credit card. For every P3,000 single-receipt straight transaction using a Philippine-issued MasterCard, together with an SM Advantage or SM Prestige Card, gives all cardholders the chance to win until December 31, 2013.
“This promotion is part of several quarterly campaigns, although this one has become a national promo. After a corporate visit late last year to the Lion City, we chose Singapore to be a destination in this blitz. Airfare, accommodations in any of Resorts World’s five hotels, plus the Universal Studios visit is included in a 3-day, 2-night package. We will be continuing this annually, albeit in varying formats,” shared SM Department Store president Jorge T. Mendiola, during the cocktail reception preceding the media launch.
One hundred twenty lucky winners will each receive an all-expense paid VIP travel package to Sentosa Island, Singapore. The travel package includes airfare for two via Singapore Airlines, premium hotel accommodations, as well as endless fun and surprises at Resorts World Sentosa Singapore’s Universal Studios and S.E.A. Aquarium.
Thrill and excitement await visitors at Universal Studios Singapore™, with attractions like the World's 1st Transformers the Ride, Hollywood Dreams Parade ™, Sesame Street Experience and its seven themed zones namely; The Lost World, Far Far Away, Madagascar, Ancient Egypt, Sci-fi City, New York and Hollywood. Universal Studios Singapore was voted as Asia’s Most Popular Large Attraction and Theme Park of 2011 by the International Association of Amusement Parks and Attractions (IAAPA).
“This is the first time that we’ve joined in a major Philippine promotion. We partnered with SM Store because of its large banking network and vast target audience; that, plus the participation of MasterCard. The Philippines accounts for one of the biggest tourist arrivals in Singapore City. Because of Universal Studios, the Filipino arrivals have increased by 20 per cent in the past three years alone.
“VIPs will be given express passes to the aquarium and water park facilities. The entire attraction has six hotels, three theme parks and sixty food outlets. Should the winners opt to stay at the Equarius, they’ll marvel at the boutique hotel’s five-star 50-sq.m bedrooms!” enthused Noel Hawkes, Universal Studios’ vice president for Engagement & Partnership.
The Equarius Hotel™ is situated along the fringe of tropical rainforest on the island, giving guests a haven of lush greenery while the Hard Rock Hotel® Singapore, on the other hand, is a unique blend of Five-star decadence with fun, fashion, and attitude for a true rock star experience.
The S.E.A. Aquarium™ is the world’s largest with close to 43 million litres of water in 10 zones, 49 habitats at the sprawling Marine Life Park. This world’s largest aquarium is populated with various marine species and more than 100,000 marine animals and houses the world’s largest aquarium viewing panel, as certified by the Guinness Book of World Records.
The aquarium, together with the Adventure Cove Waterpark presents an immersive edutainment concept with more than a hundred thousand marine animals of more than 800 species. Located near the S.E.A. Aquarium, it also offers unique dining concepts such as the Ocean Suites and Ocean Restaurant.
The Universal label owns Universal Studios, Universal Studios Singapore, the Universal Globe logo, and all Universal elements and related indicia ™ & © bearing the Universal Studios mark, as well as the Marine Life Park,  S.E.A. Aquarium, Adventure Cove Waterpark, Resorts World, the Resorts World logo and all Resorts World elements and related indicia™ & © Genting International Management Limited.


Outside of the Philippines, SM has, currently, five stores in mainland China and another one in Guam. Next year, the company will be opening an outlet within Qibao in Shanghai’s Minhang district. By 2015, SM will be opening a branch at Tianjin in northern China. 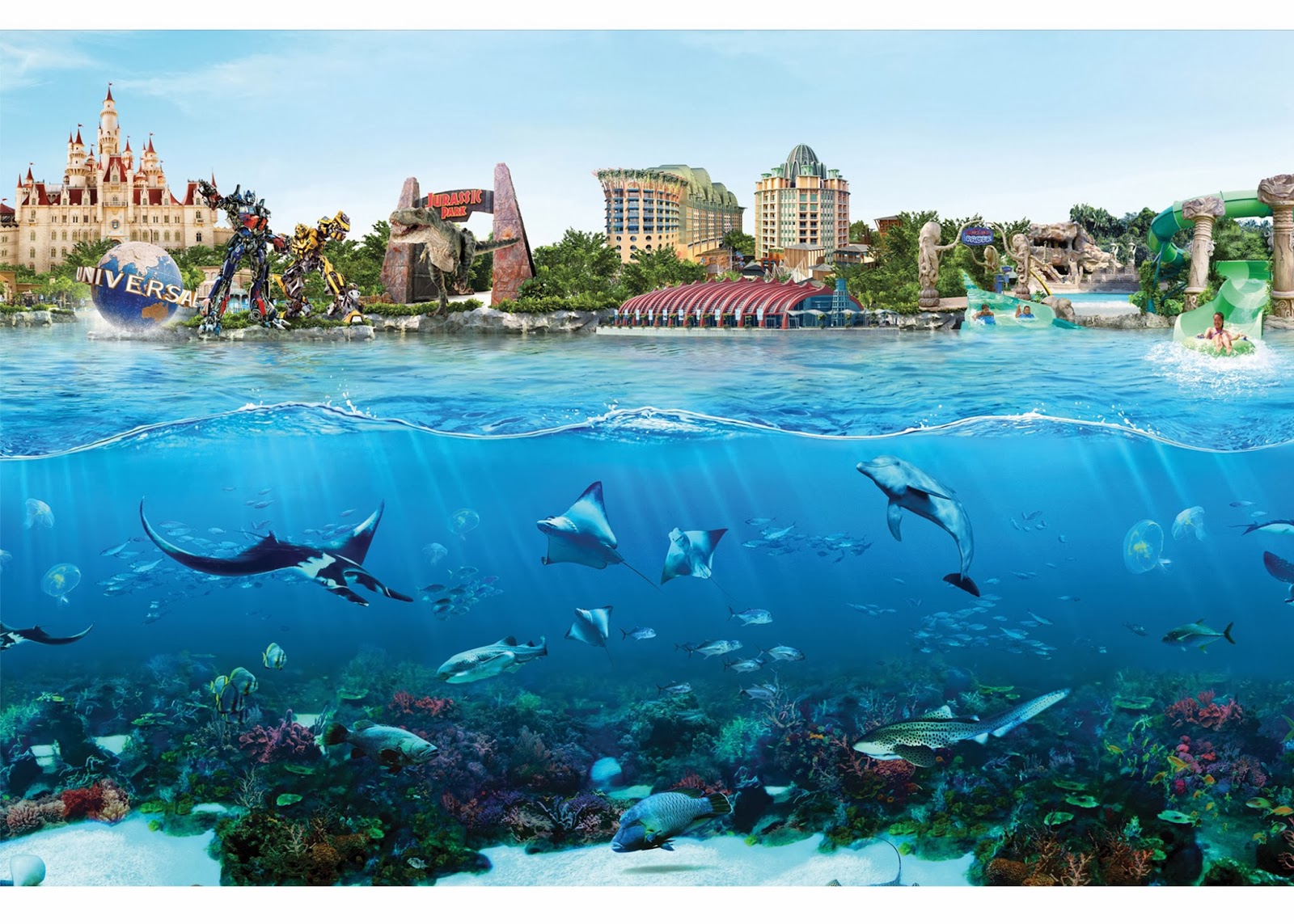 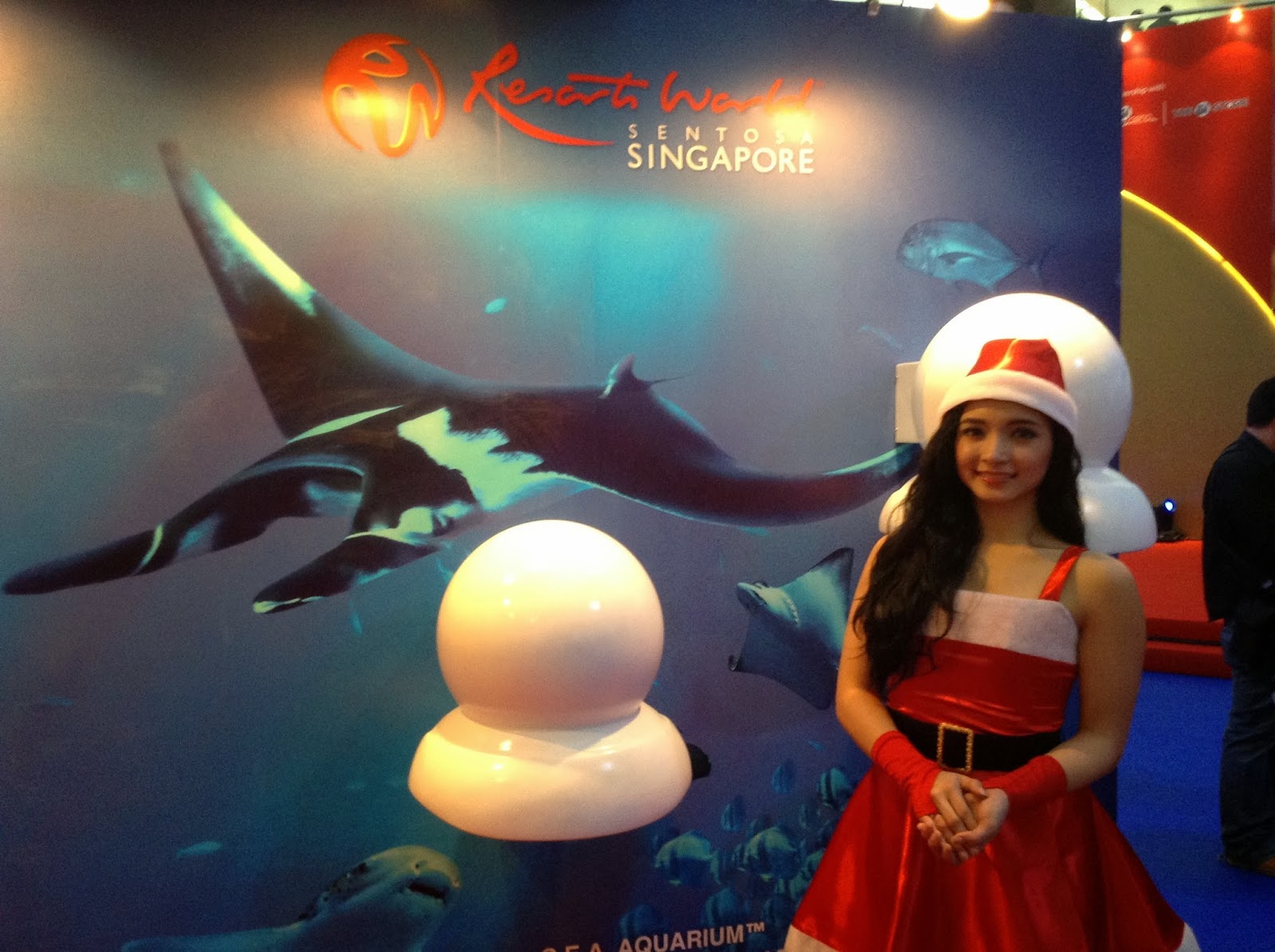 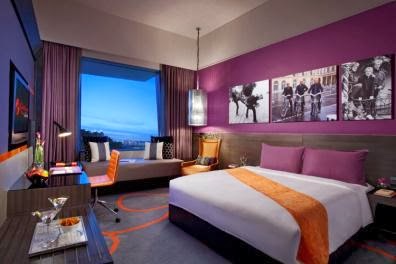 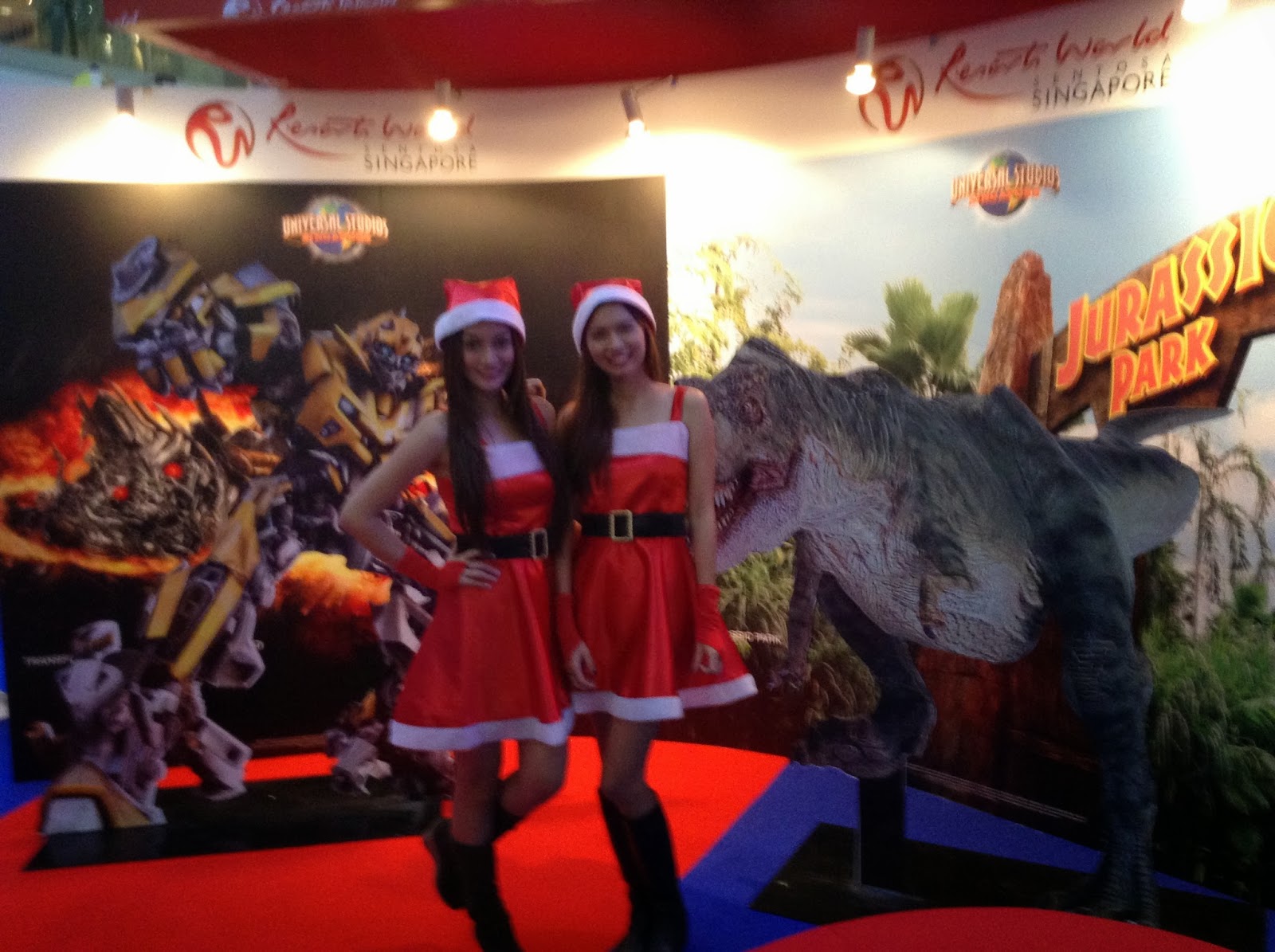 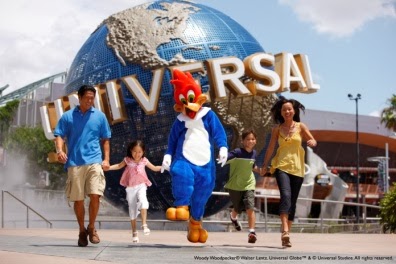 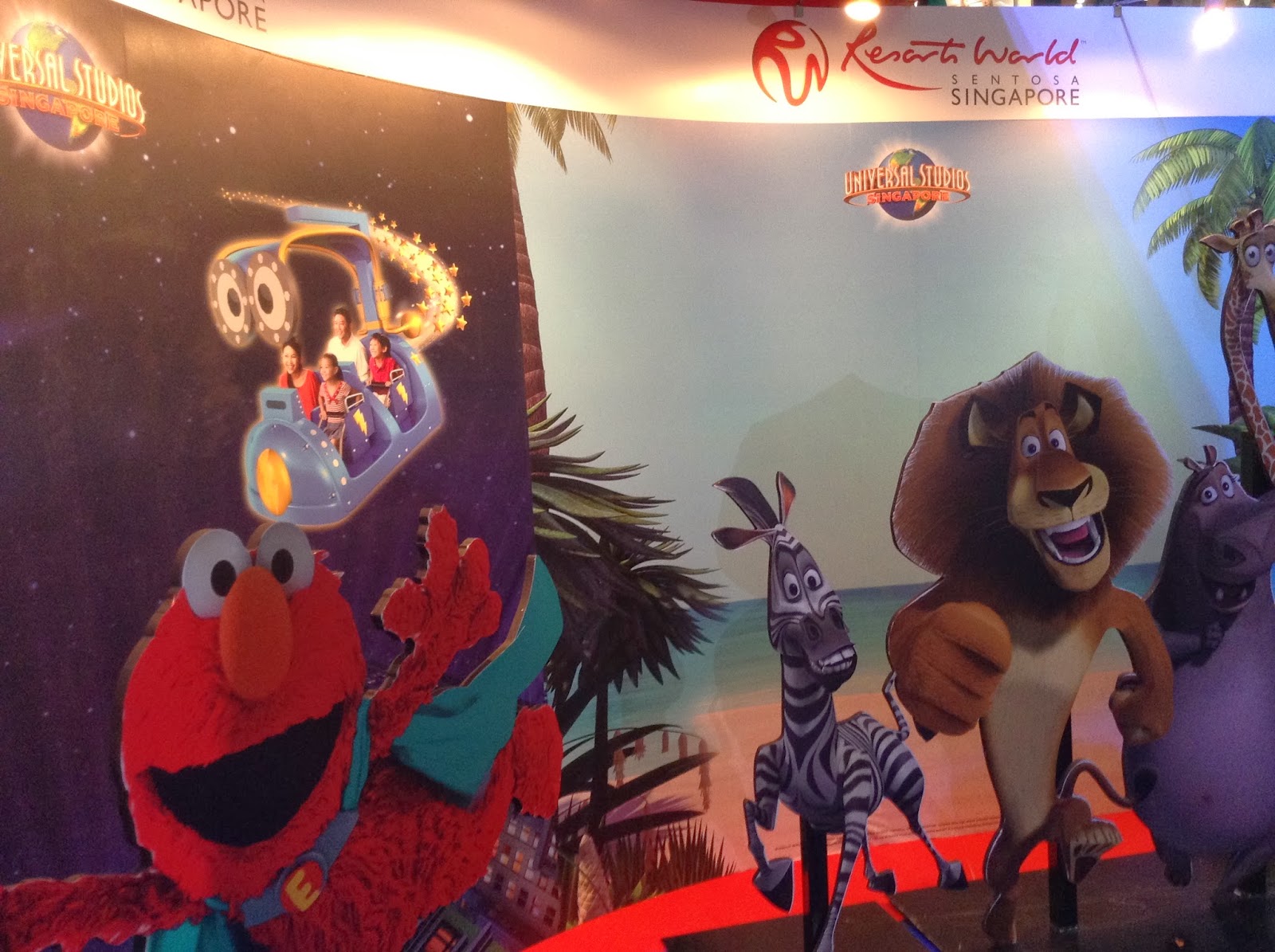 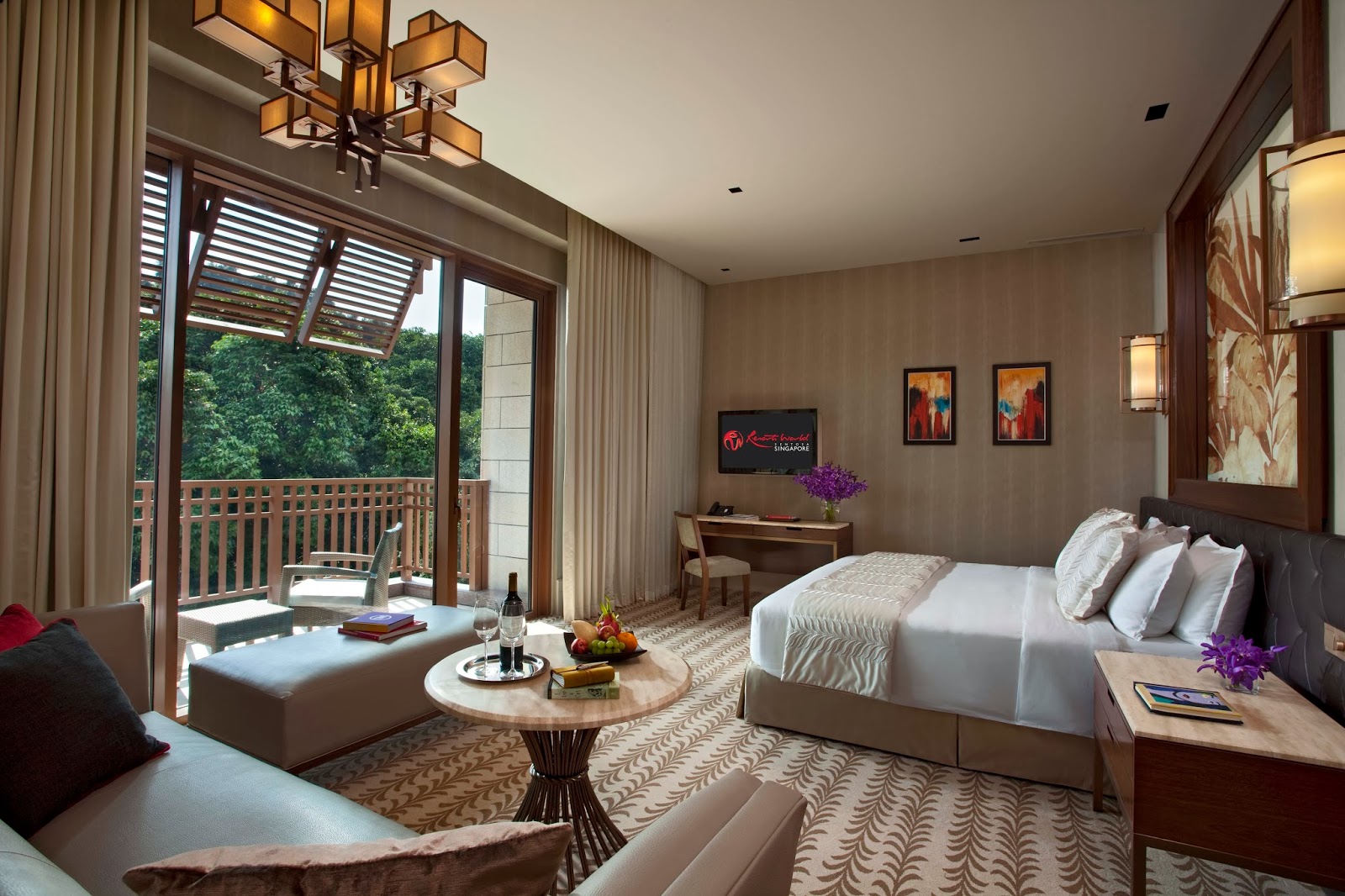 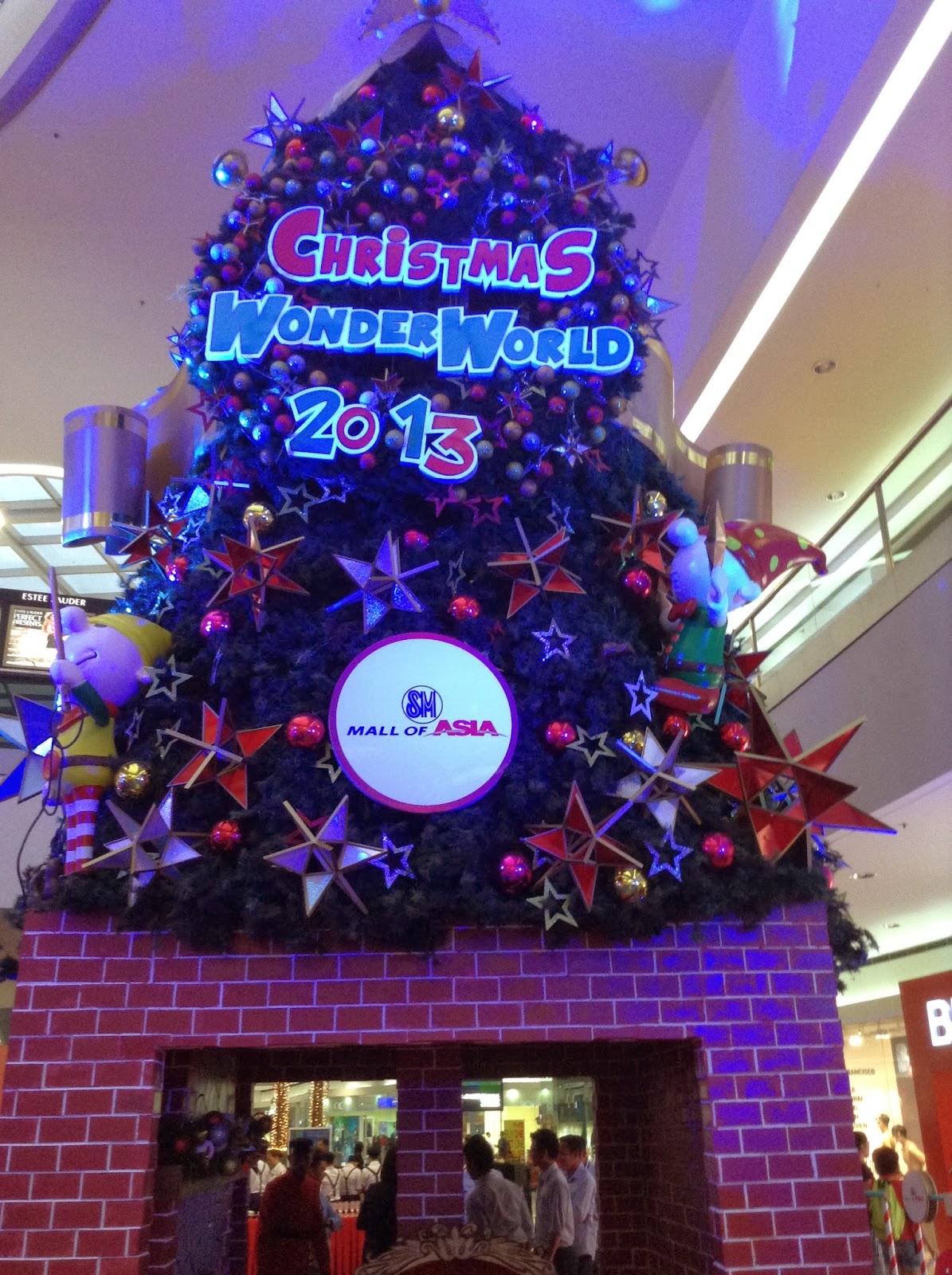 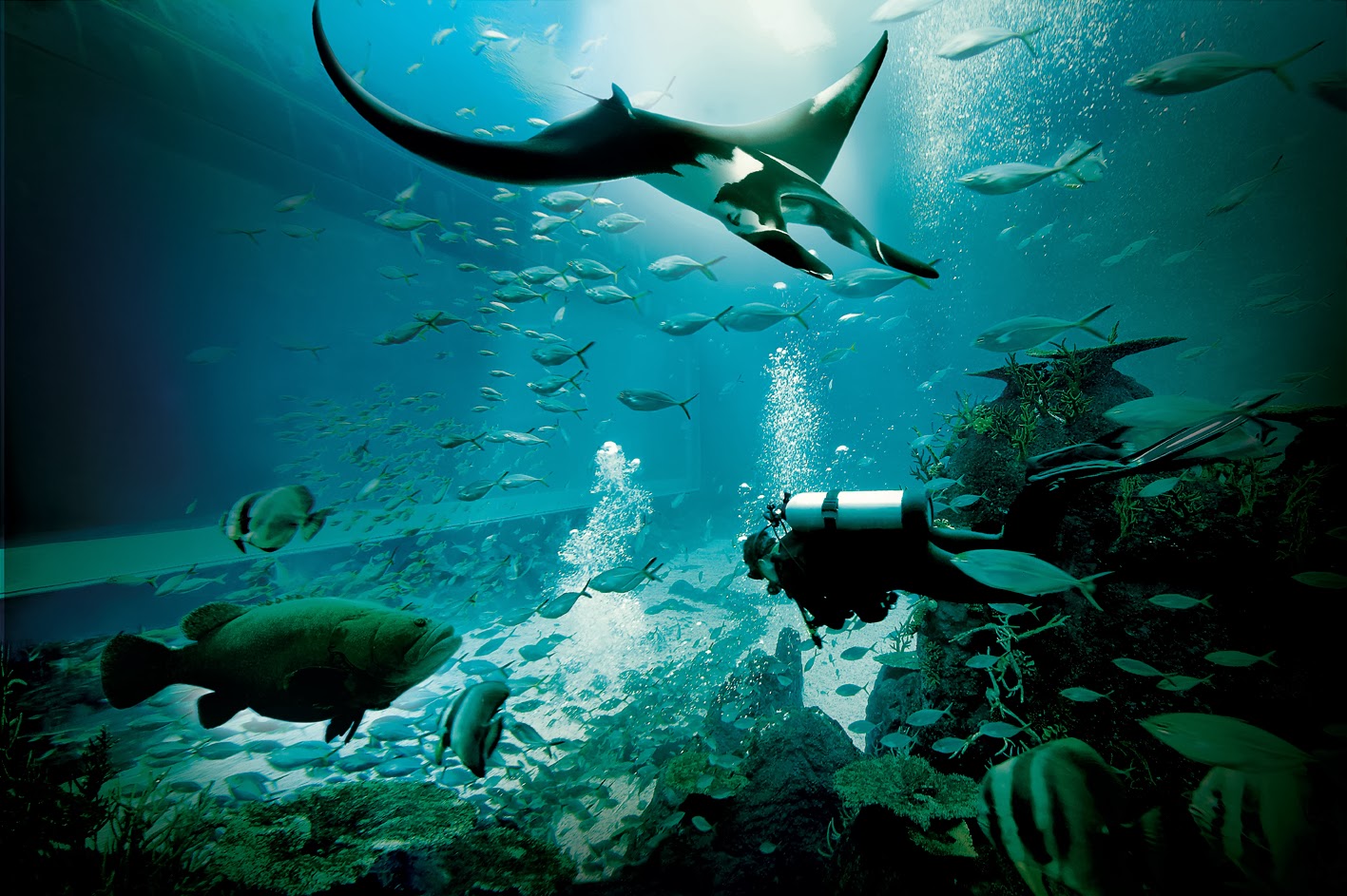 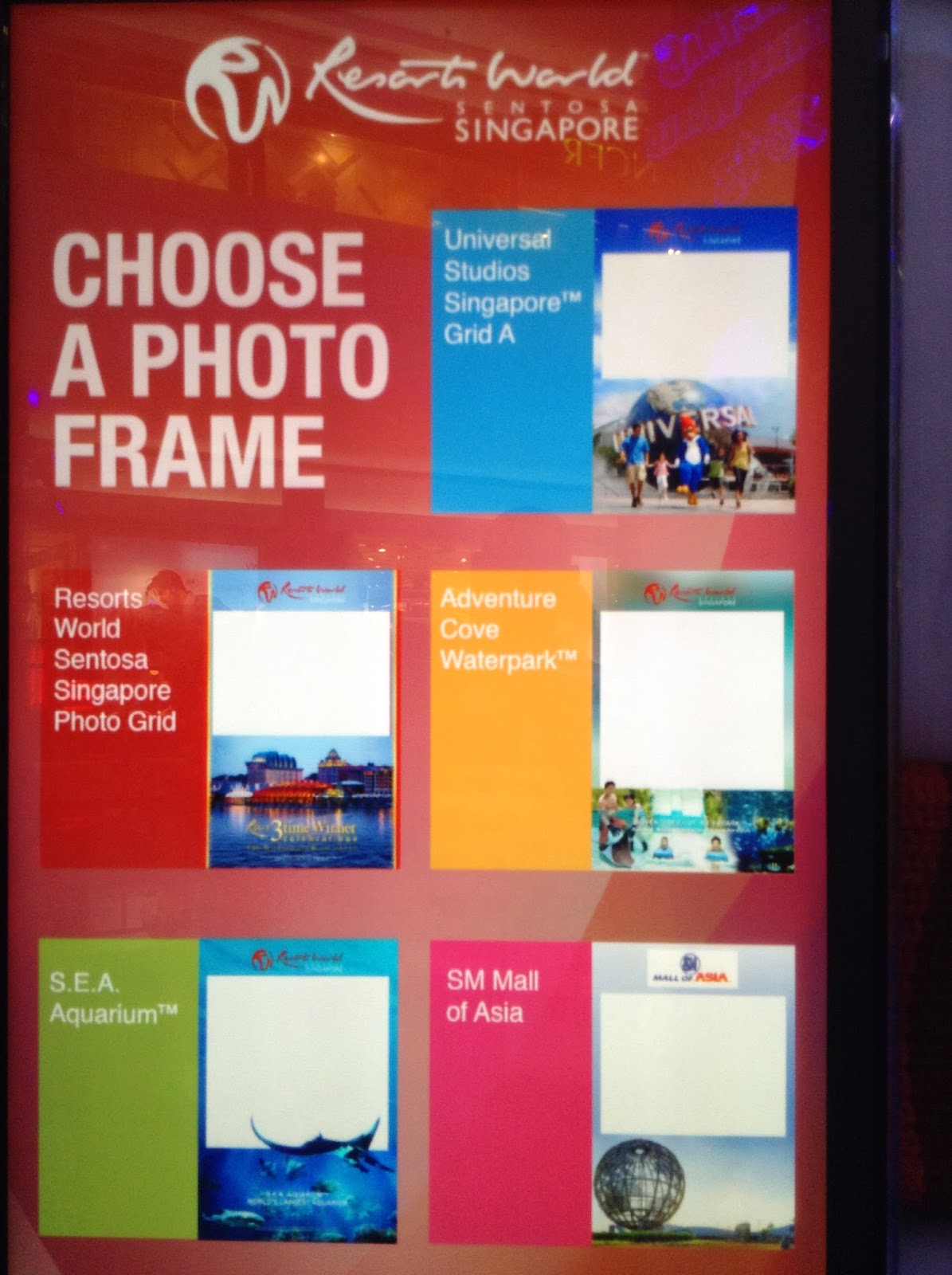