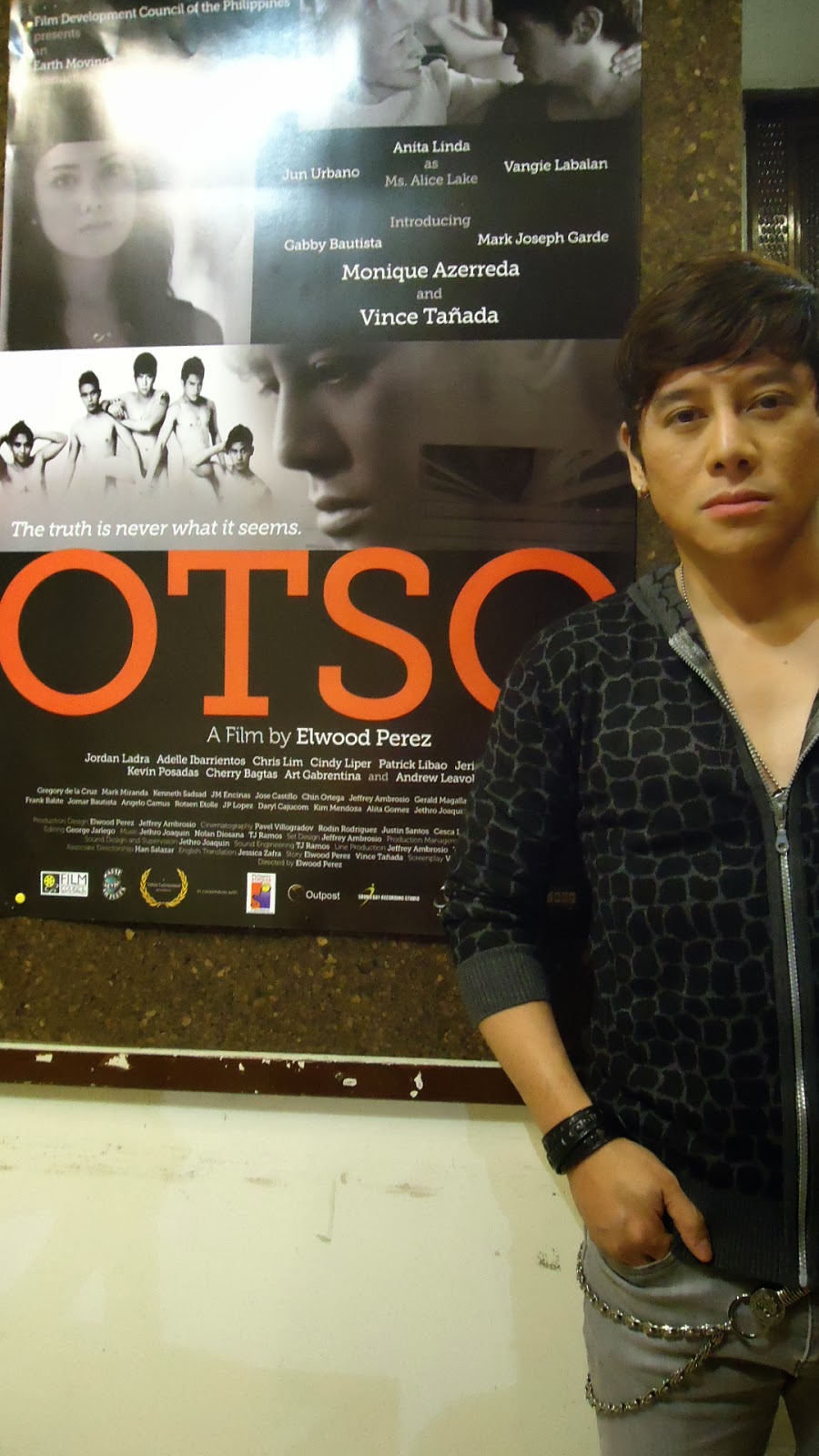 We chanced upon Elwood Perez’s film Otso during a special screening in Cine Adarna at the UP Film Institute recently. One of the movies featured in last year’s Sineng Pambansa, the said movie pays homage to the era of black-and-white films; when filmmakers used the medium of film with ingenious splicing of frames and well captured montages of light and shadow than with special effects. Simply put, it brought the art back in filmmaking.
“This movie created a lot of debate from viewers. I’m not into filmmaking really. I am more of a theater person. For me, frames should be shot in a chronological sequence to enable actors to immerse themselves in the mental development of their respective characters. Sometimes, scenes are shot depending on who’s available and on the set,” shared Atty. Vince Tanada, who penned, collaborated and starred in Otso.
Fusing cinema verite with elements of high camp, Otso tells the tragic story of Lex (Tanada), a screenplay writer finishing a script for a director (Jun Urbano) who, we learn towards the end, was not really serious about filming the material.
“How I write is very much like the character of Lex. In the movie, there’s a thin line between dream and reality. As Pinoys, we know how Filipinos are. It is the culture surrounding the film industry that I don’t really like,” continued the reluctant actor. Vince, who comes from a family of lawyers, is the grandson of former statesman Sen. Lorenzo Tanada, He has been in theater since the age of six.
Growing up in a political milieu all his life, Vince explores the political arena and how the machinery plays out in the lives of the marginalized. Showing scenes and scenarios prevalent during campaign and election periods, we are introduced into a bevy of characters that could be somebody we know or heard about. Among these colorful personas is Lex’s landlady Annabelle Abdon (Vangie Labalan), manager of the building who is as corrupt as those we read about in today’s headlines.
The many characters that populate the story represent a microcosm of Metro Manila’s voting populace. As is the case of life imitating art, imitating life, a parallel story unfolds while Lex tries to finish his script.
The movie also hints at Philippine cinema’s glorious past. The inclusion of Anita Linda as actress Alicia Lake brings to mind a historical fact because she is, in fact, the recipient of the first FAMAS Best Actress honors for her the titular role she portrayed in Sisa.  Her soliloquy bequeathing unto the new breed of filmmakers the baton for them to continue the legacy of cinema is of noteworthy importance. It seems like Elwood Perez is bidding adieu to tinseltown. It’s a ceremonial passing of the old guards and the ushering of the new ones through the advent of digital technology.
Otso, aside from being an art piece, also brings to the fore the transition of both helmsmen and format; as the new generation of industry people creep into the scene. It’s telling us, albeit subtly, that while creators die, their works live on.
So in the movie, Lex’s obra lives on after his tragic demise when his script finally found its way to a production house. And as the infinity symbol of the film title suggests, life does go on, in this case, one set for the reels, as it purports to weave new stories to unravel on some future film print, for new characters to revel and live in.


As of press-time, the Film Development Council of the Philippines (FDCP) is preparing the pertinent permits and/or documents to bring the film to the forthcoming Hong Kong Film Festival where it will be featured in the Panorama Selection.
Labels: artfilm black and white cinema elwood perez festival film hong kong film festival movie otso sineng pambansa sm