Boy band JBK, solo artist Neo Domingo, and all-male band Fifth Dynamics all emerged victorious after declared in a triple tie at the close of McJim’s ‘Dreams Get Real’ finals at the Teatrino Greenhills very recently. A three-way victory is a rare feat in any talent search or competition, here or elsewhere.
JBK, who interpreted the ditty “Ano Bang Meron Ka,” also won the ‘Most Promising Song of the Year’ award. This Critics Choice accolade was chosen for its musicality, interpretation and commercial viability or recall (the last-song-syndrome or LSS, in layman’s term).
“It’s a great song actually,” said special judge Jim Paredes of the APO Hiking Society. He described the song as the most catchy, nice, and easy to remember among the six singles recorded by the finalists.
Neo Domingo, on the other hand, also received the award as “DJs Choice” for the love ballad “Pagbigyan Mo Na,” a recognition given by participating radio station jocks who voted for the track they preferred to play on air. Both winning songs of JBK and Neo were penned by hit-maker Urie Tesorio.
Fifth Dunamics sang Anyare, (contraction of Anong Nangyari), a composition by Angelo Katindig, Mark Cordovales and Christopher Cahilig.
Completing the Top 6 roster are bands Archetype (Di Na Biro, written by its lead vocalist Trix Casauay); and Dream of Pearl (Panalo by Oli Agustin); as well as solo act CK Arca (Certified Good Vibes by Raffy Calicdan).
“All of the six finalists were subjected to a series of mall tours as well as recording challenges. To achieve their dreams, hearing and seeing their videos on air was an affirmation. McJim Classic Leather is committed in making the finalists of the talent search succeed by nurturing their sense of originality and authenticity; the same values that the leather goods manufacturer firmly adheres to,” shared project head Chris Cahilig.
“By introducing new talents and compositions to the music scene, McJim helps revitalize and contribute to the growth of Original Pilipino Music (OPM). The brand is a staunch believer of world-class Filipino talents including its past endorsers Jose Mari Chan and Randy Santiago. Dreams Get Real is a search for the next OPM sensation. I foresee 2015 to be a much bigger search,” he continued.
Composed of songs with melodious tunes, easy-to-sing lyrics and an unmistakably Pinoy flavor, the compilation album puts the spotlight on the McJim Dreamers, each of them having their unique vocal strengths and interpretations. These radio-friendly cuts tackle a wide variety of subjects; from the plea of a lover during a courtship, to an affirmation of Filipino pride, unto the aftermath of a heart-break.
“It’s so heartening to know that McJim’s goal is to develop the Filipino talent and to connect them to as many people and to also deliver feel-good songs that can accompany the listeners throughout the day; like a kind of soundtrack for their lives,” Cahilig added.
Consistent with the uncompromising excellent standard of the label, Cahilig collaborated with critically-acclaimed international arranger Jonathan Ong of Sonic State Studio in handpicking the songs that match the voice quality and image of the six finalists. Likewise, the contestants had a taste of stardom by having their singles played on over 50 radio stations nationwide, plus a series of radio and TV guest appearances, including a special segment on MTV Pinoy for the entire month of June.
“All of the six finalists are very talented, were very determined and persevered. This album will plant a seed and is bound to inspire the next generation of Pinoy sound,” enthused album producer Jonathan Ong.
With the launch of “Dreams Get Real: The Compilation Album,” all six finalists are now certified recording artists. Their songs are available for downloads through Spotify, iTunes, Spinnr, and Smart Music. McJim patrons get to receive the compact CD album in all outlets nationwide.


Aside from the specially-crafted trophies, cash prize of P50,000, and a management contract with Ignite Publicity, all three winners will get to record their music videos with MCA Music Pilipinas. 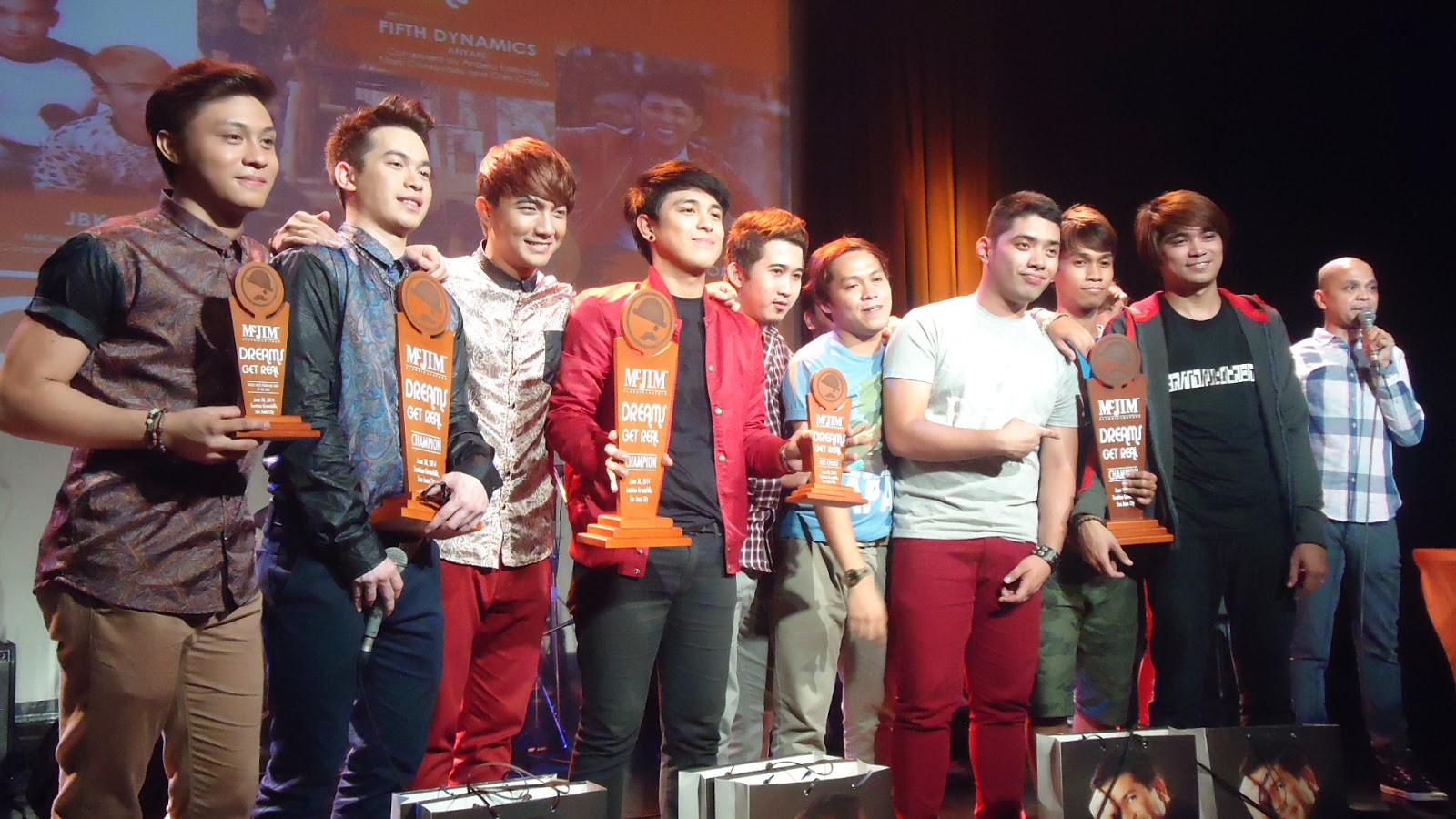 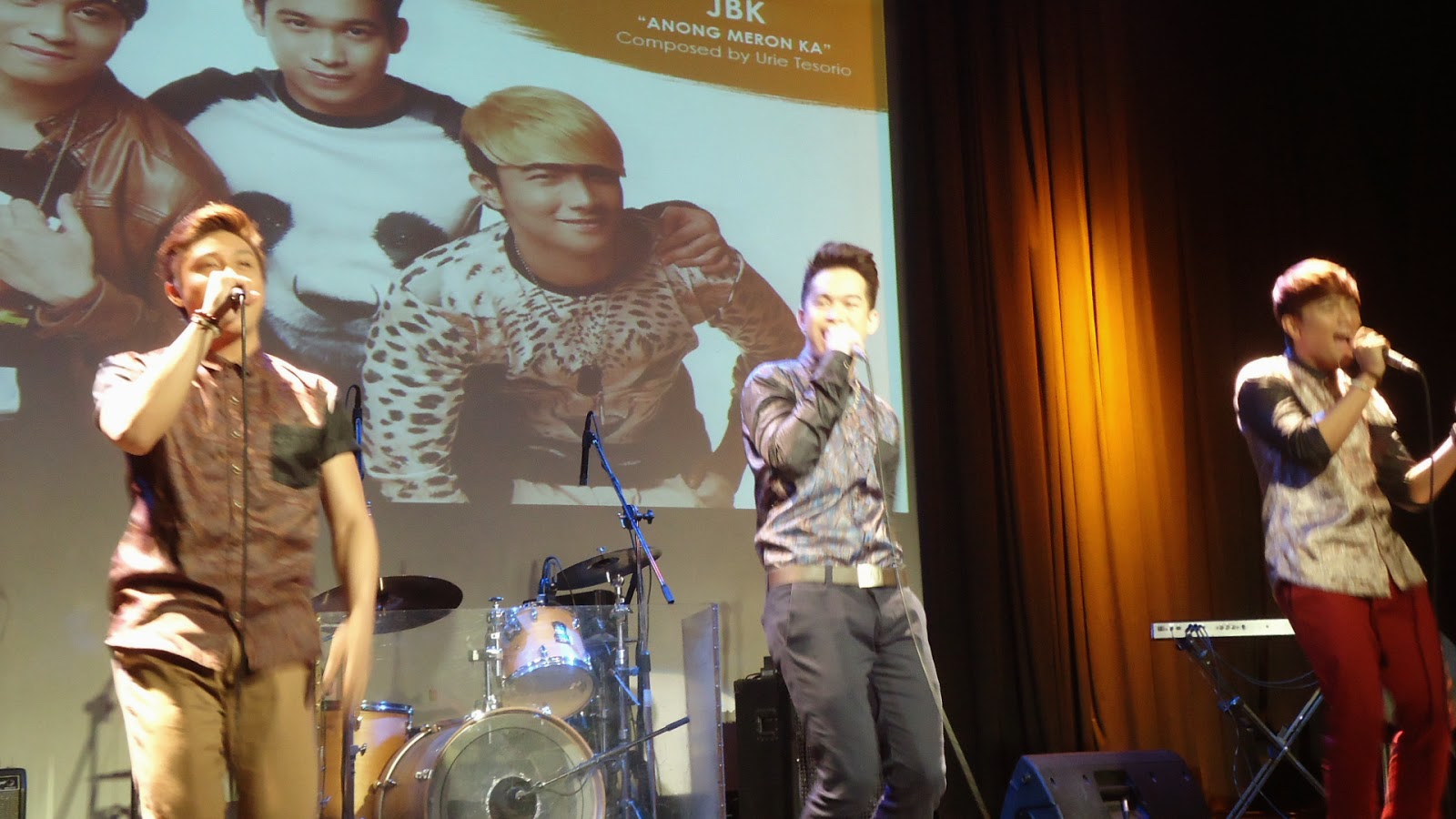 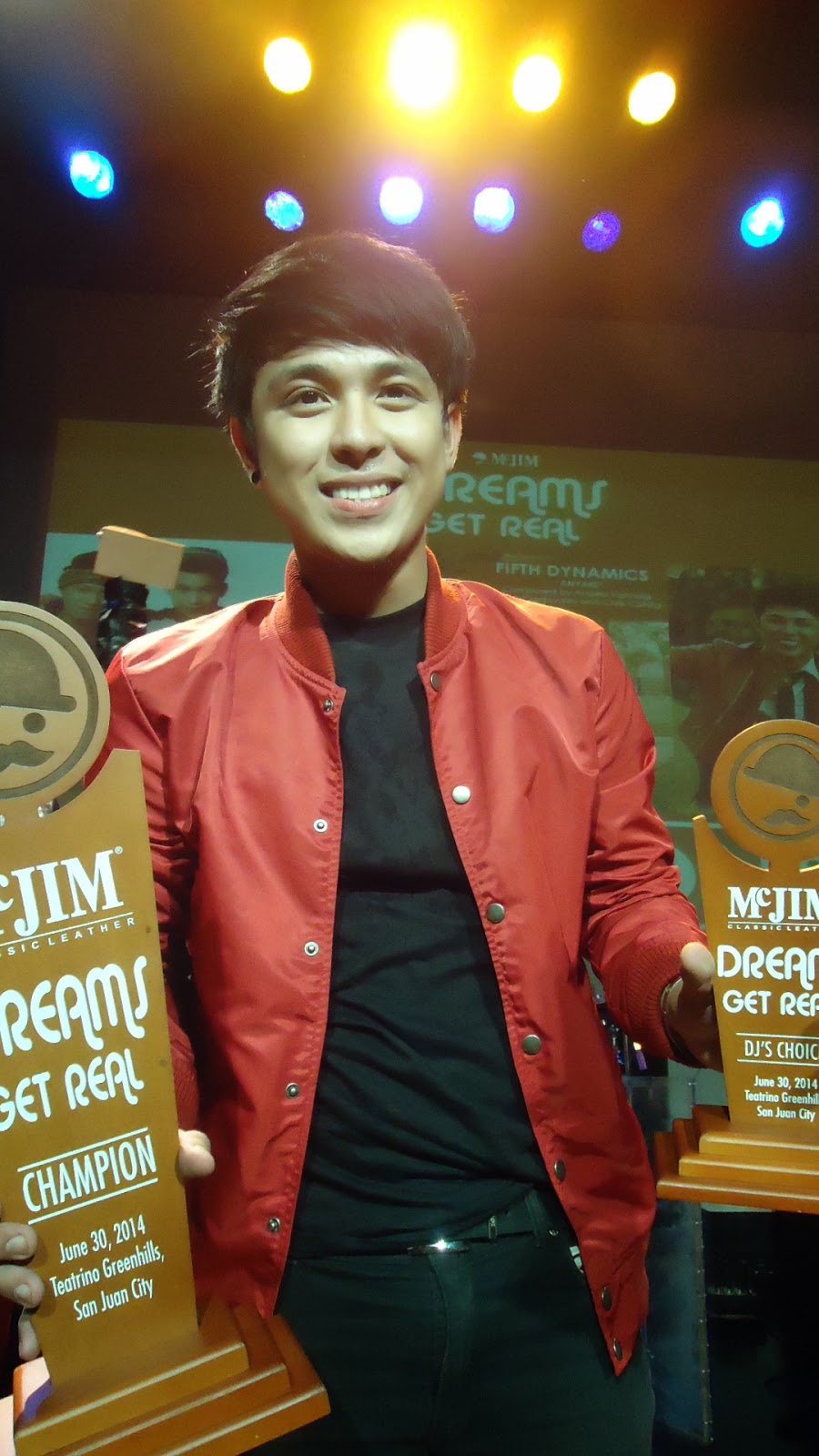 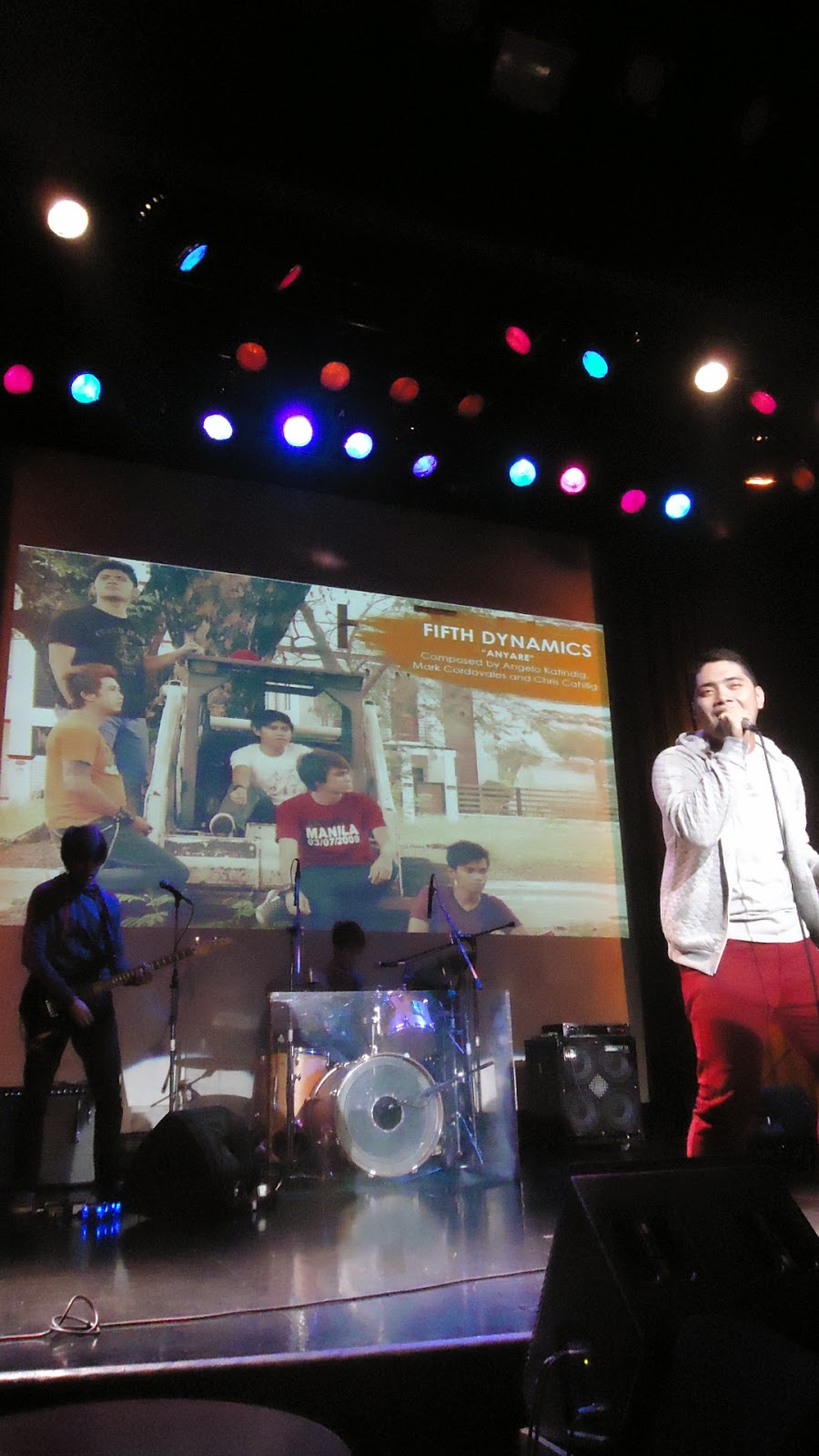 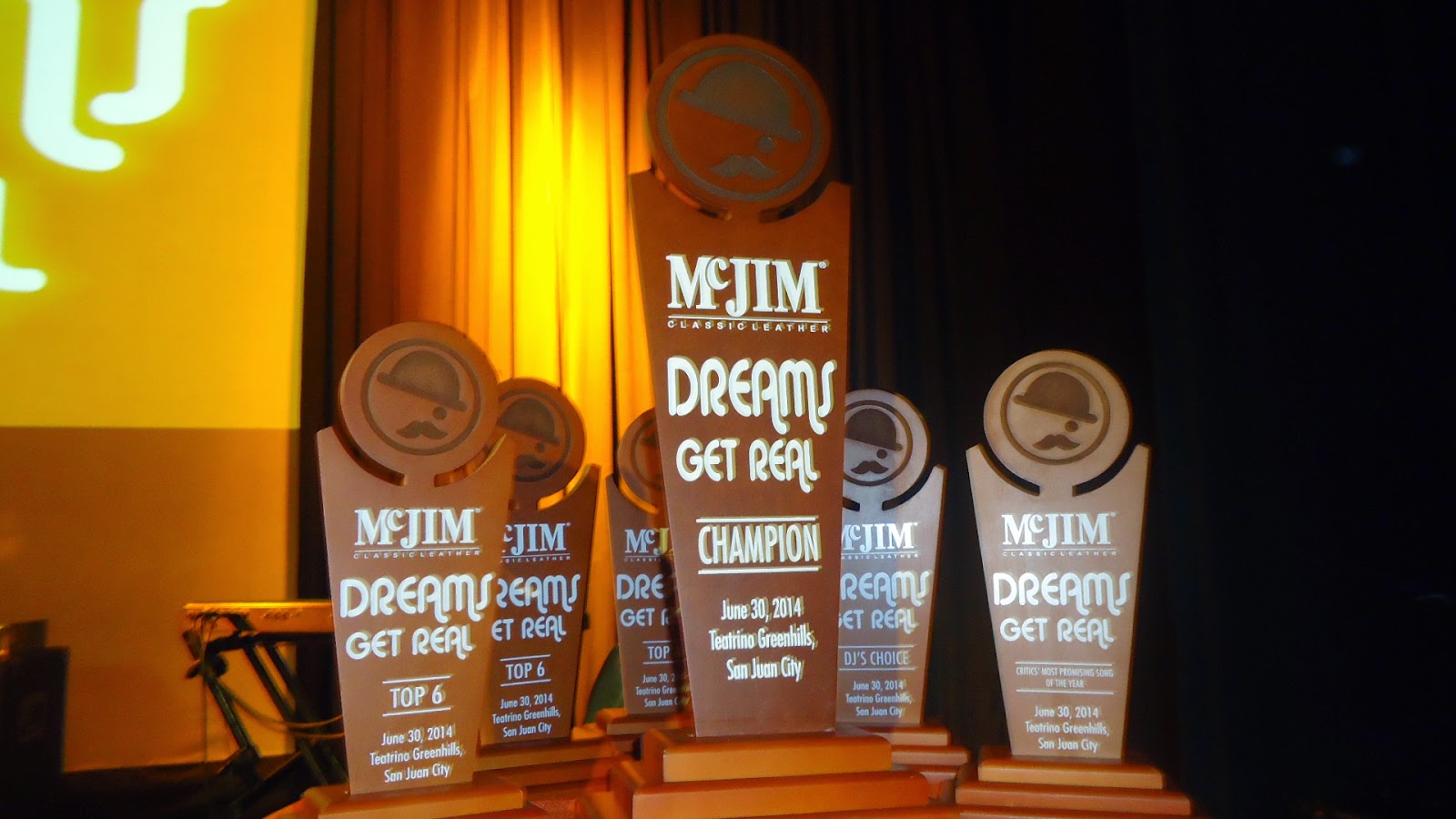 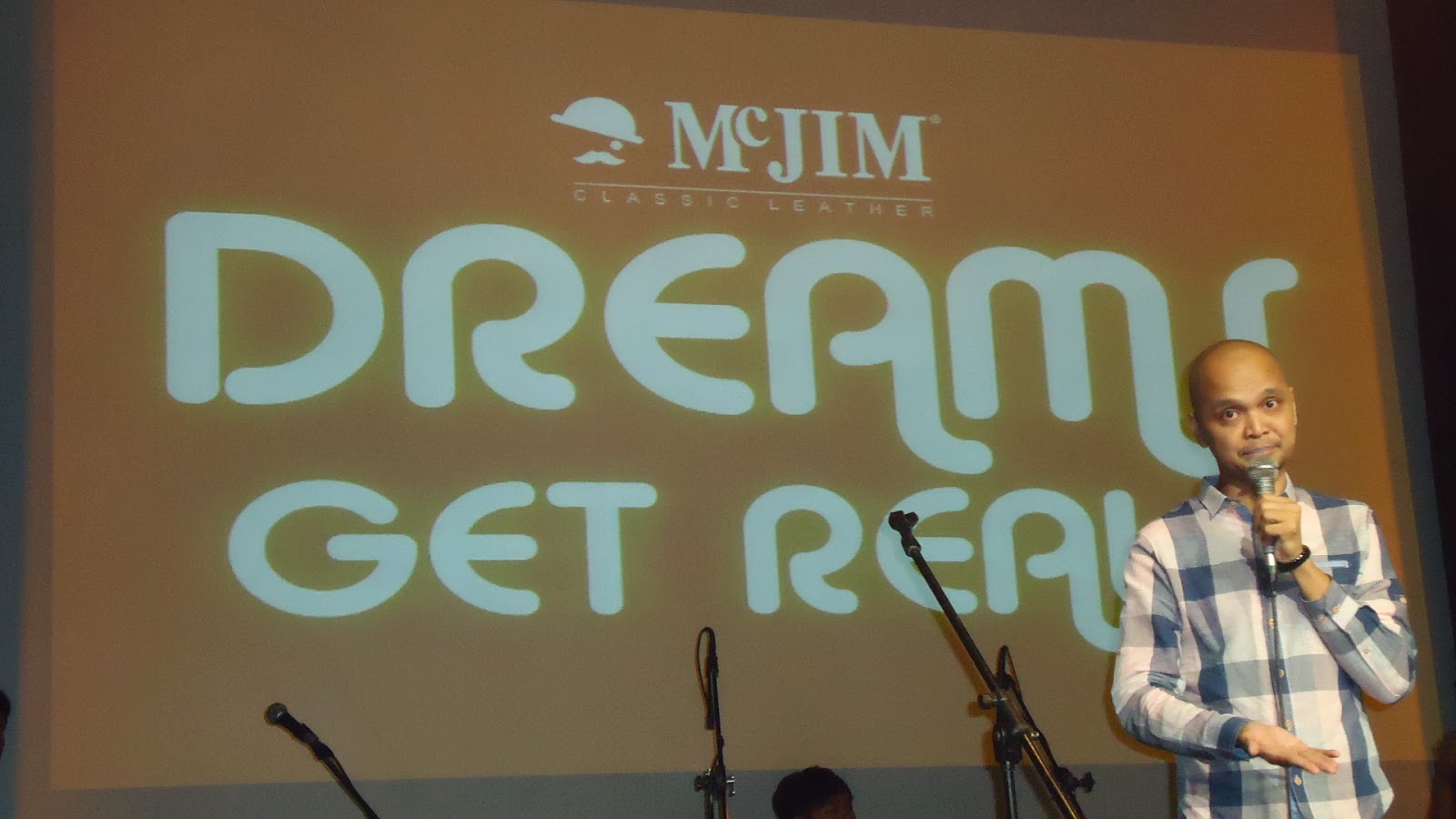 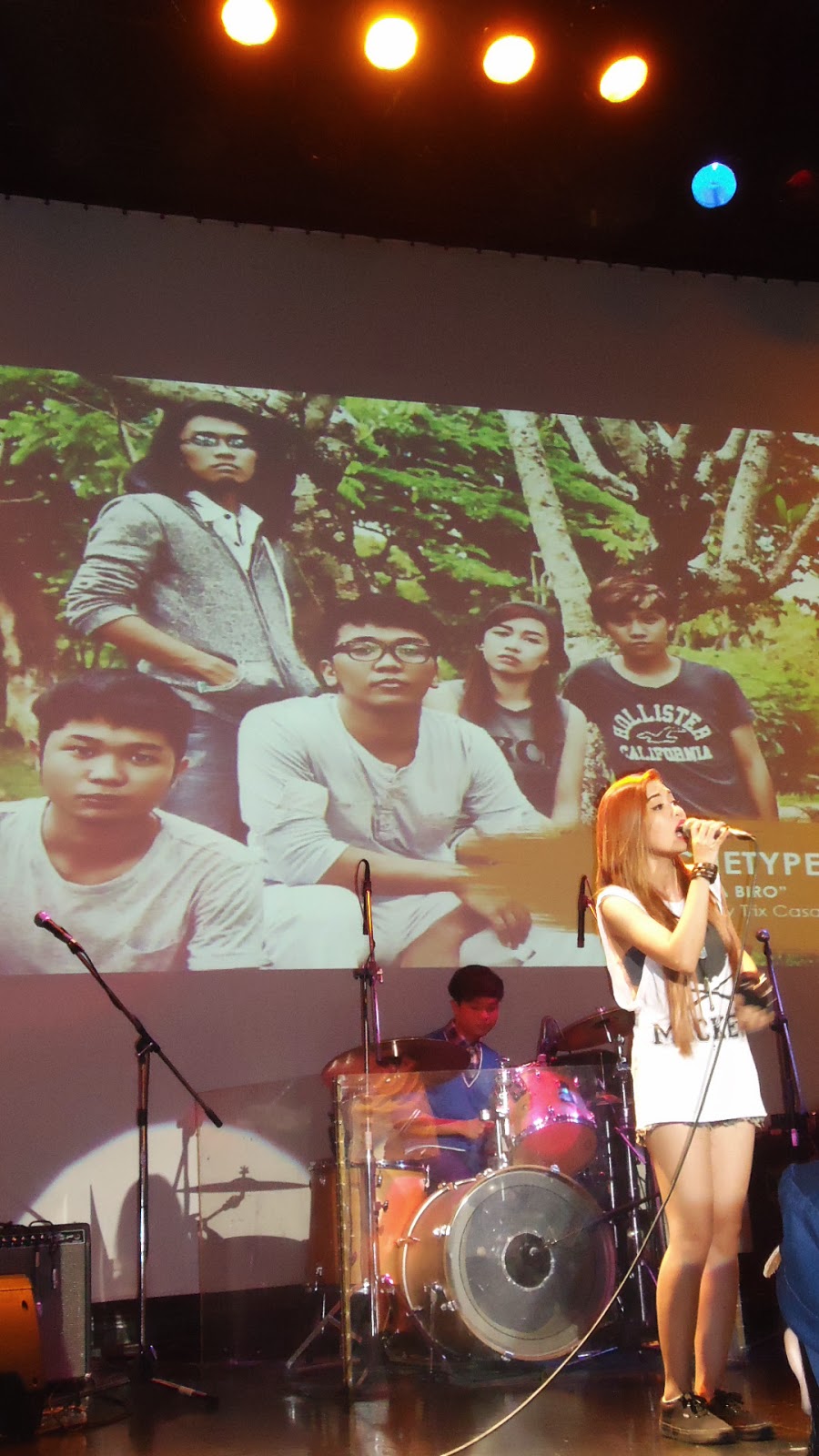 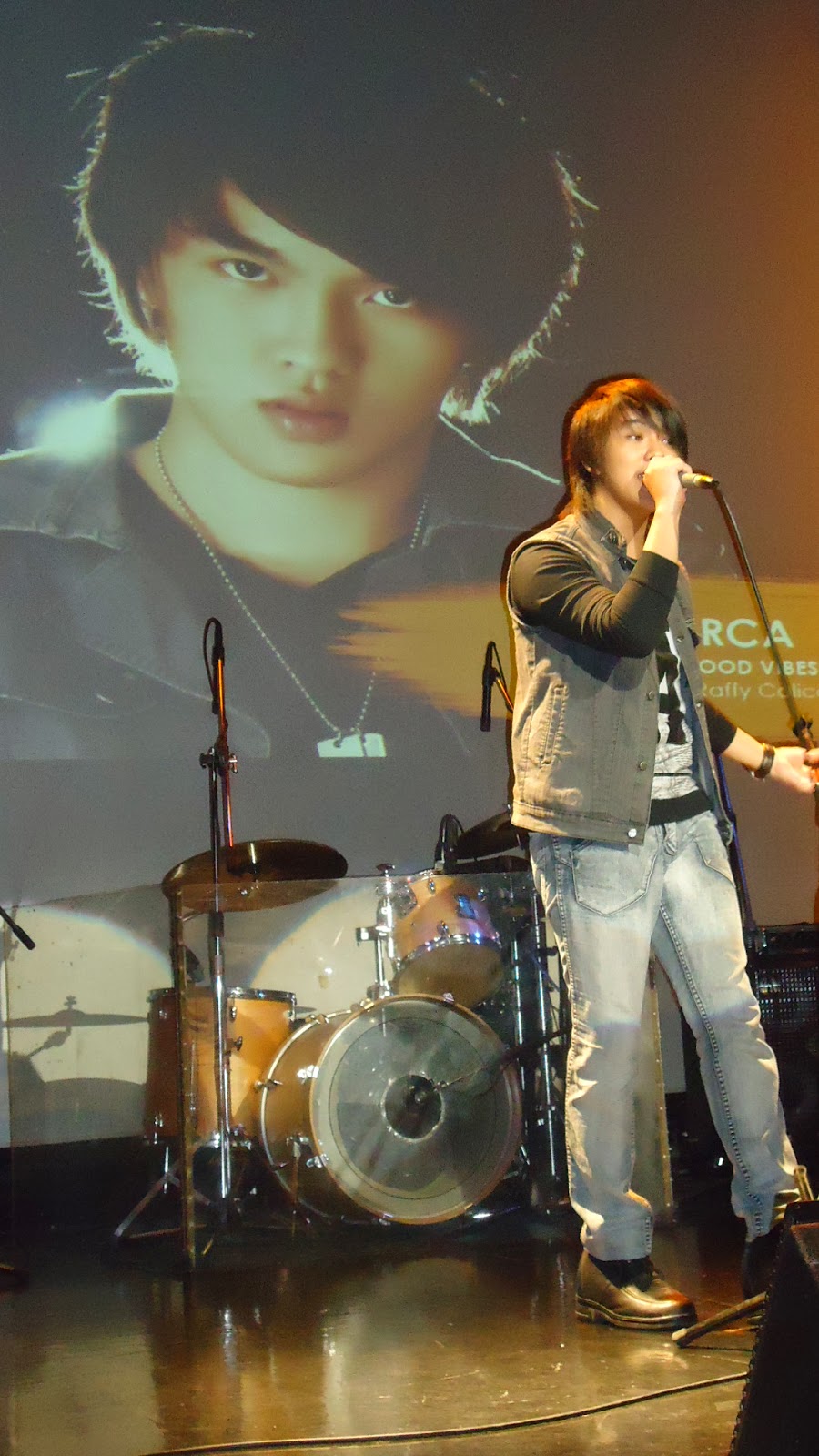 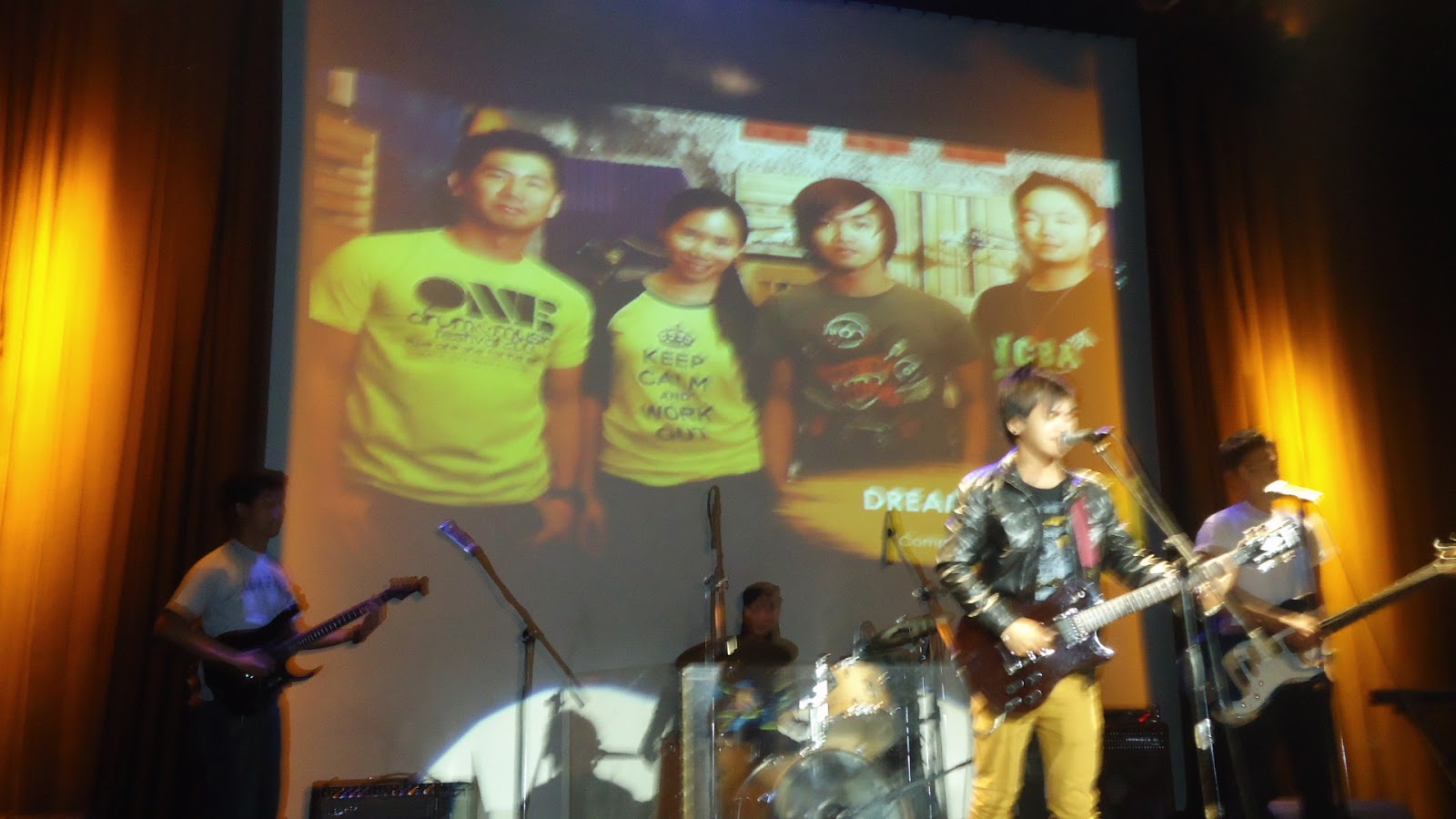 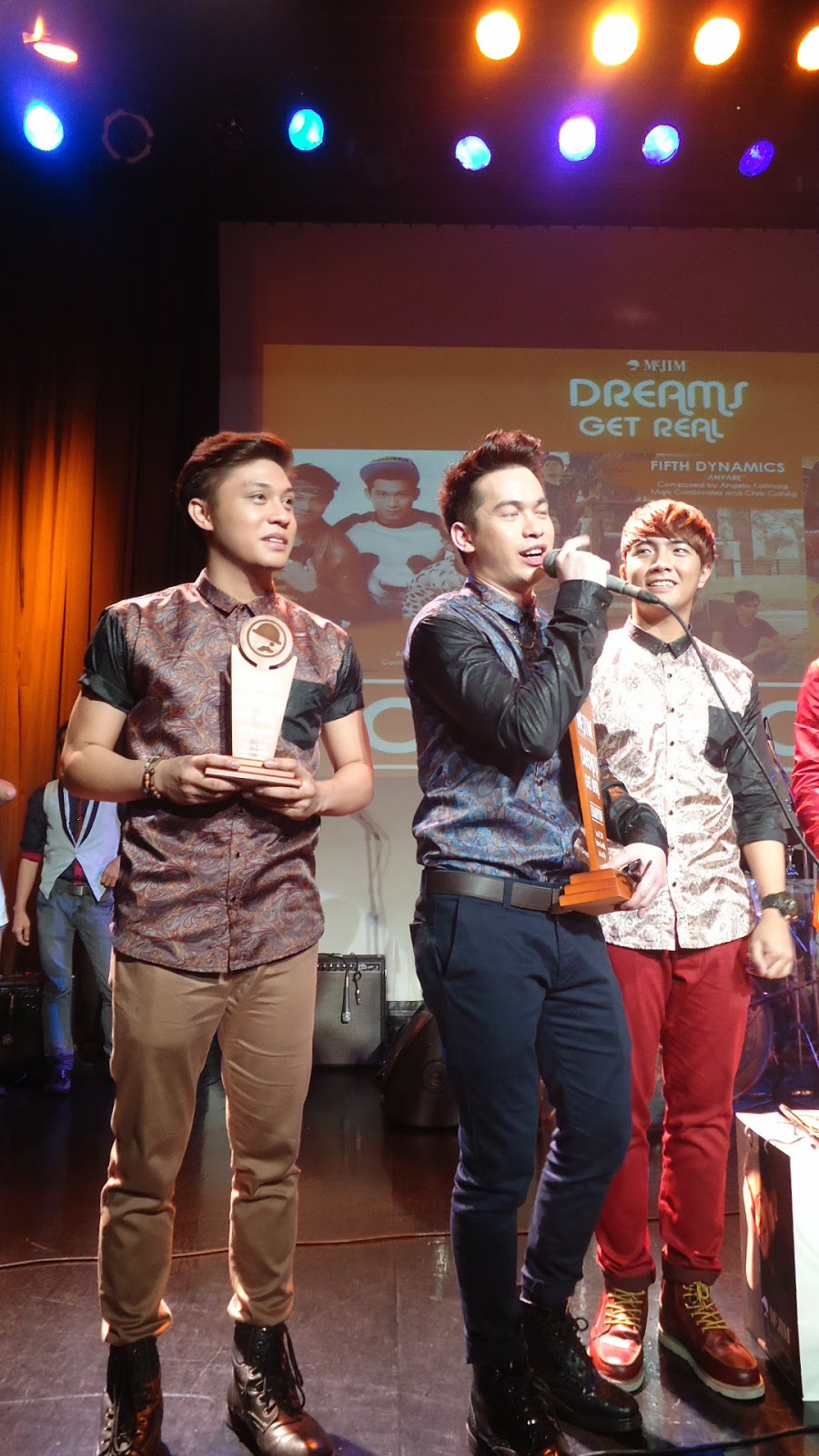 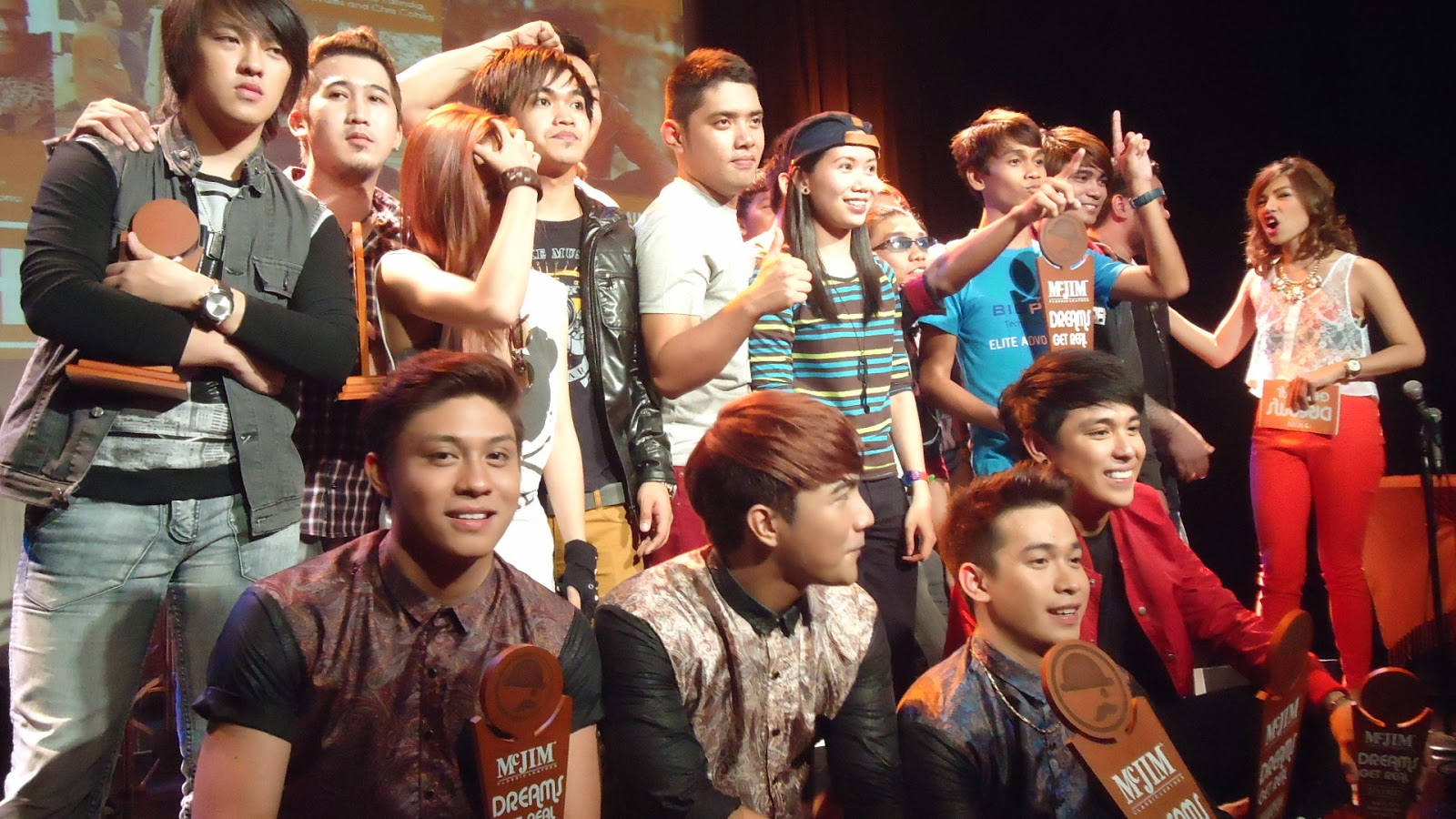