After a successful 2018 Manila production, "M. Butterfly" will open its six-city nationwide tour with a Valentine Day premiere at the Cinema 6 of SM Iloilo that will run until Feb. 17. 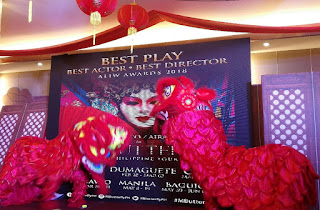 "We have a 40-foot wing van that will carry our sets and modular. There will be 49 people, from the cast and crew, who will fly to the different provincial locations," shared producer Jhett Tolentino, during an intimate press confab at the Oriental Palace in Quezon City, on the eve of the Chinese New Year. 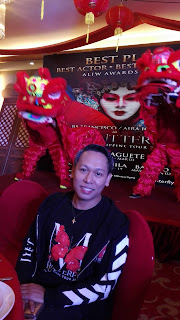 "The 21 performances from the 2018 Manila production generated Php 11-million in revenues that went to 27 charities nationwide, including LGBT organizations, schools, children's rights groups, and the arts fora in Baguio. For this tour, the production expects to generate revenues of up to Php 100-million," apprised Tolentino. 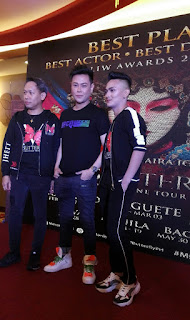 David Henry Hwang's tale of love and loss follows René Gallimard (Olivier Borten), a member of the French Embassy in China. He is married to Helga (Jenine Desiderio), yet considers himself to be poor with women. He meets and falls in love with Chinese opera star Song Liling (R.S. Francisco), a woman whom he considers to be the embodiment of the perfect woman, Madame Butterfly. But when West meets East, everything is not what it seems . . .

R.S. Francisco, who first portrayed Song Liling at the Dulaang UP production, opposite the late Behn Cervantes, in 1990, will reprise his award-winning portrayal of Song Liling, the Chinese opera singer who is Gallimard's object of affection, and who seduces him through his biases of the East, then exploits their intimacy to collect classified information for agents of the Communist Party.

"Song Liling is a 30ish-something woman and I was so young in the '90s when I first played her. So I thought, I could do her a lot better now. My fear now on stage is if I sneeze while delivering a line, or if my nose itched and I would scratch it. Wa poise, di ba," remarked Francisco. 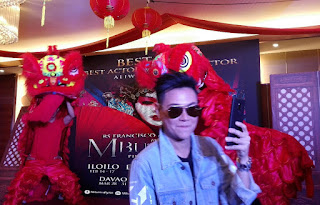 To add a modern twist to the national tour, young actor Aira Igarta will step into the role of Song Liling as R.S. Francisco's alternate. Rising soprano Jasmin Salvo will be the new opera singer for the traveling show. The members of the ensemble, playing the role of Kurogo, are Pheith Iena Ballug, Ullyses Basa, Sasa Cabalquinto, Franco Ferrer, and John Paul Ortonero.

"Song Liling feeds my love for the theater. This is an opportunity to perform my dream role. At the outset, I was given one show per city to perform in, but the production team decided that R.S. and I will play the role 50/50, the same number of performances throughout," said Aira.

"Aira is very workable and very ready for the role. He is 25-years-old now while R.S. was only 18 when he played the role the first time; which he played again last year after 25 years. Aira will give a different attack to the Song Liling role. People know that M. Butterfly has a nudity scene so we don't want to edit it just because it is presented in the provinces," confirmed Tolentino. 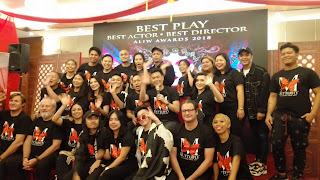 "Some cast members from the 2018 production could not leave their Manila jobs for the tour so we had to re-cast new performers for some roles. However, while there are a few changes to the members of the cast, we have maintained the same artistic team," Tolentino intoned.

Targeting audiences between ages 18 and beyond, the producers are hoping that this classic drama, inspired by Giacomo Puccini's "Madame Butterfly," will resonate to theater audiences from Luzon, Visayas, and Mindanao so that " love, power, and deception holds no boundaries - whether it be in a rural or urban setting." 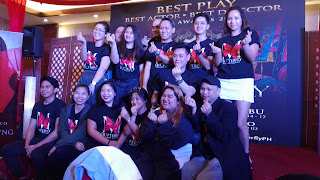 Tickets to the Iloilo, Davao, Cebu, and Baguio performances are available at SM Ticket booths in any SM mall nationwide, or online via SMTickets.com. For the Dumaguete shows, tickets can be purchased at the SU Culture and Arts Council through tel. nos. 0917-3000346 or 0999-7977825; while tickets to the Manila run can be had through ticketworld.com with contact no. 891-9999. 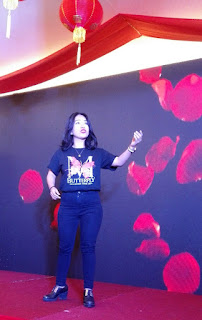 Most Philippine theater companies, who have run successful productions in Manila, are often hindered from bringing their projects to other key cities across the archipelago because of the many logistical challenges and technical requirements involved. And this is why the producers are taking this bold step of carrying on their mission, and advocacy in the performing arts, to further enhance audience appreciation and attendance throughout the country.

"Not many Filipino shows and productions tour the country. Aira asked for the role because it was not one of those opened for auditions. He knew the lines by heart, and even memorized the dialogue, as he stood in for me during rehearsals in last year's run when I was not around. Aira has a different take on the role from my approach. Iloilo was also my first tour outside Manila , during the first run under Dulaang UP.

"M. Butterfly is the top-grosser among all the Dulaang UP shows. Posters of all the hit plays are displayed on the theater's foyer area. In this 2019 nationwide tour, everything is updated. We created a production to be enjoyed by the millennial market," declared Francisco.

M. Butterfly originally premiered on Broadway in 1998 and won 3 Tony Awards for Best Play, Best Featured Actor, and Best Director - the same accolades it garnered at the 2018 Aliw Awards ceremonies - for the production, R.S. Francisco, and Kanakan Balintagos, respectively.

"Bringing the classic play to Manila was already a feat in itself. But bringing it to my hometown Iloilo is simply writing it off my bucket list. It's really a big deal for me," enthused Tolentino, at the close of the press confab. 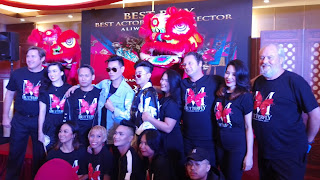