In previous editions of the Mutya pageant, most of the entrants came from Metro Manila; with a handful from Luzon and a smattering from the Visayas and Mindanao regions. Thereafter, regional quests were undergone to allow more representation from the provinces and/or regions. But this year, the national quest will search for the hometown girl who will proudly wear the crown. 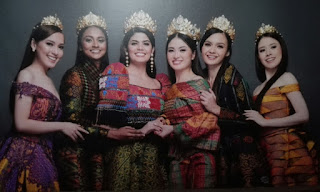 "In the past six years of my own pageantry experience, I have come to realize that all kinds of beauties deserve to be discovered and given every opportunity for growth on the stage, where they can best stand out. Thus, the idyllic search for the 'hometown girl.' Mutya ng Pilipinas, as 100 per cent organic as its mandate, will now pursue its original platform by embarking on a grassroots campaign in alliance with the Liga ng mga Barangay.

"The same is true for Filipinos in overseas communities, whose daughters nurture the hope of being discovered and given a break in the limelight. To accomplish this, we will further strengthen our network of internastional search partners. Such is the honesty of our intentions - to give every young lady's dream a chance to be realized. This is what motivates us at Mutya ng Pilipinas and you can expect us to be true to this vision," apprised Cory.

Best known as a wellness and women empowerment advocate, the multi-awarded TV and radio lifestyle celebrity brings with her six successful years in pageantry, having produced outstanding local winners, including one major international crown - the Miss World 2013 title won by Megan Lynn Young. 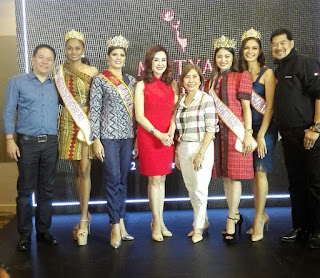 Instrumental in bridging Mutya closer to aspiring candidates was the signing of a memorandum of understanding with the Liga ng mga Barangay, headed by Kap. Eden Pineda, under the auspices of DILG undersecretary for barangay affairs, Martin Diño.

"The DILG, through the Liga ng mga Barangay, has started their call out to all the 42,044 barangays across the archipelago. It's all about being a family. We encourage the spirit of cooperation with all talent managers, handlers, trainers, and beauty camps on this endeavor. Starting 2019, Mutya ng Pilipinas will be a culture, lifestyle, advocacy platform for empowered Filipinas. The crowning moment in her chosen career is the essence of the Mutya quest; the very reason why I returned to the beauty pageant scene after a three-year hiatus. Though I was pleasantly 'coerced' by Frederick Yuson and Ogie Alcasid into accepting this position, I said yes because we shared the same vision and direction that the Mutya platform should be traversing.

"A Mutya candidate must be someone who embraces local tourism and be its ambassador. She will be made aware of her capabilities to effect change and reform. But first, to qualify as a Mutya aspirant, she must have lived in her barangay for, at least, six months straight.

"Wherever the Filipina is and whatever hometown she resides in, whether here or abroad, we extend a warm invitation to her to become a member of the Mutya ng Pilipinas family. Why I returned to pageantry is for one reason alone - which I long intended to accomplish in 2011 but was left unfinished - that of discovering the hometown girl who'll find her moment in the spotlight. The Liga ng mga Barangay will make the barangay level search more prestigious to find that 'diamond in the rough.' Overseas candidates still has roots here. Her absence from her hometown doesn't disqualify her from becoming a Mutya hopeful. The plan is to add more titles to this year's quest," announced Cory. 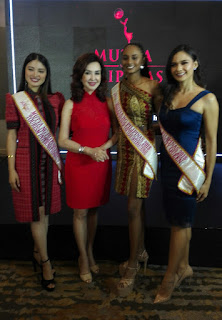 A welcome change in the organization's thrust is to discover other talented entrants who will be given the opportunity to become a movie or TV star, model, or career woman. For this end, a partnership arrangement was formed with A Team prexy Ogie Alcasid. Talks are also underway with ABS-CBN to open its doors to talented Mutya candidates who could possibly join the stable of Star Magic artists.

"With the full support of our dynamic chairman, Frederick Yuson, and the artistic expertise of Ogie Alcasid, I am confident that, together, we will take Mutya ng Pilipinas to the next level," concluded Cory, at the close of the early afternoon event in Ascott Hotel's Quirino-Gracia room in Makati City.