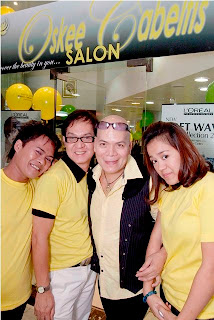 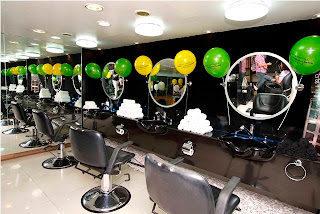 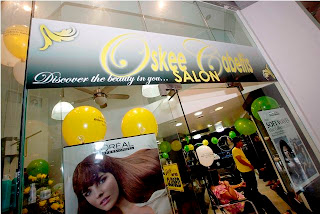 What dreams may come
By Earl D.C. Bracamonte


When Oskee Cabeltis left the town of Barugo, Leyte for the first time in the early '80s, on a vacation trip to see a relative working at the, then, Subic Bay military base, little did he know that such visit would chart the career path he would be pursuing for the next three decades.
Said relative was a cosmetologist who received his certificate from the famous beauty training institute, the Lorraine Technical School in Olongapo City. It was through the prodding of this cousin that he tried his hand at haircutting and enrolled at the aforementioned vocational school for his skills training. Before he knew it, his innate ability to handle, and understand hair, brought him to the PhilHair competitions where he consistently won the grand prize in the hair-cutting divisions, a forte he proudly shares with his loyal patrons to this day.
His award-winning streak caught the attention of mega-entrepreneur Ricky Reyes who invited the shy artist to join his fleet of beauticians. Oskee then gave in to the invitation and made a name for himself with the Ricky Reyes chain; a job he immensely enjoyed doing from 1989 until 1997 when fellow artist Ness Astilla went solo that time. Being Ness' bosom buddy, Oskee joined his friend 'til the first quarter of this year. Ness gave blessings to his friend's new undertaking when the latter finally broached the subject that he would be opening a salon of his own. And thus begin a new chapter in his career as entrepreneur cum hair-and-face-artist.
To further enhance his innate skills, he joined seminars in Phuket, Thailand to brush up his knowledge on hair coloring as well as on the latest hair rebonding techniques in the island state of Macau
“L'Oreal is still the best product line for hair and Mac is the best makeup for the face. These days, texturized cuts and Korean hairstyles are still the craze,” shared the quiet salon owner.
Oskee does the hair jobs regularly of stars like Jake Cuenca, Carlos Agassi, Zanjo Marudo and Gerald Santos.
“I decided to put up shop here in the Tiger City of Mandalutong because the bulk of my clientele are from around the vicinity,” he added, after giving us a tour of the salon.
His new salon, which he operates now as a sole proprietorship, is nicely tucked at the 2nd level of the Club Mwah building along Boni Avenue in Barangka, Mandaluyong City. The spacious salon has, aside from the cutting and coloring sections, a specialized area for hand/foot spa including nooks for manicure/pedicure as well as seats for makeover and styling. Except for him, his staff is comprised of a makeup artist/stylist, a foot spa attendant, and an-all-around auxiliary who functions mainly as 'shampoo girl.'
Oskee confesses that if he were asked before if he would one day operate a salon of his own, he would readily answer in the negative. But all that's a point to reckon now. He is one of the few examples of a self-made person who made it despite the odds. After all, humble beginnings is not, and should never be, a hindrance to success.
Labels: beauty parlor business profile salon