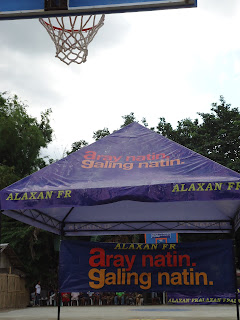 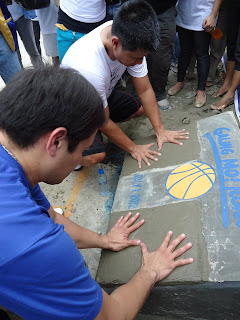 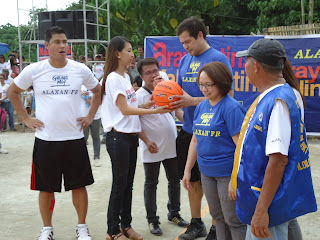 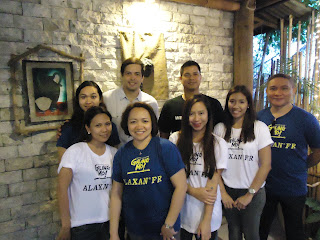 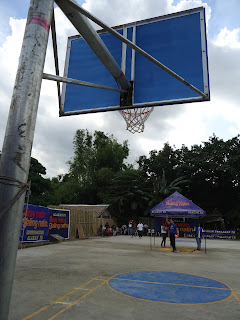 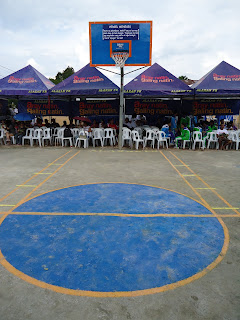 
Residents from Brgy. Tabuk Suba of Iloilo City’s Jaro district were amply rewarded for their collective efforts during the official unveiling of their community’s first open-air basketball court. The locals were beside themselves when they learned that their very own court would be turned over to them by PBA legends Alvin Patrimonio and Jojo Lastimosa three weeks after 70 volunteer residents started constructing the community’s sports facility.
The Iloilo City event kick-started the unveiling rites of Galing Mo, pain reliever Alaxan FR’s new campaign targeted in ten areas nationwide to honor the people who have worked hard for their own contributions. Aside from Tabuk Suba, the initiative has broken ground in Bacolod City and will continue until November in one local community in the cities of Dumaguete, Tacloban, Zamboanga, Butuan, Cebu, Davao, Butuan, and Saranggani province.
Stemming from Alaxan FR’s Courts of Inspiration advocacy, the effort hopes to change the negative perception of body pain by transforming it into a source of pride.
“We are lucky to be chosen from among Iloilo City’s 180 barangays. In the spirit of bayanihan, 70 community volunteers helped in building this open court. This could also be an area of fellowship where residents can commune during holidays and special events in the community,” declared barangay captain Victorino Rahaba after the turnover ceremonies.
Building on the social and cultural significance of basketball courts in the Philippines, the campaign tapped local volunteers to construct this indispensable facility for their neighborhood. To up the ante even further, locals filled their courts with Legend Markers, slabs filled with motivational messages conveying accomplishments and legacies from basketball legends who will have visited their respective places to inspire people to push their selves to greatness.
“The Galing Mo campaign is about community empowerment. We saw the need of barangays in having their own open courts and the willingness of their constituents to be part of this campaign. After three weeks of concerted efforts, everybody’s body pains were worth it. It’s a testament to the fruits of hard work,” shared senior product manager Sheila Rono.
Like most of the volunteers that came to help, cagers Alvin Patrimonio and Jojo Lastimosa started playing on neighborhood courts similar to what the locals have constructed. They attribute their successes to decades of hard work; unafraid of all the pain that comes with pushing themselves beyond limits. They both believe that pain should be treated as a badge of honor and as a testament to the hard work required for success. “I’m proud of the residents of Brgy. Tabuk Suba as they have shown that they possess the virtues that make a champion. Honestly, I won’t be surprised if they produce the next PBA legend in the years to come. This undertaking generates a lot of interest as it is very similar to the avenue we once trekked as aspiring players many years ago. Don’t give up ‘til you reach your goal,” intoned Patrimonio, who’s currently coaching the B-Meg basketball team. “People were focused on basketball TV before unlike now when the Internet offers a lot to distract the viewing public with lots of programs to choose from,” he added.
“Ganito din ako nag-start sa Cagayan de Oro dati pero lupa yun at half-court pa, ‘di tulad dito sementado. Pain is natural. It means you’ve given you’re all in whatever you do. Sa bawat aray ay may mahuhugot na tagumpay! There are no shortcuts to success,” enthused Jojo Lastimosa, who now dabbles as consultant for Alaska’s marketing team.
As antidote to pain, Alaxan FR re-echoes the wisdom of an adage that rewards every hard-earned effort, “No pain, no gain.”
Labels: Alaxan basketball campaign community empowerment open court pain killer