Of crowns and crusades
By Earl D.C. Bracamonte

Winning titles on the global stage does not only require a beautiful face, well-proportioned physique, and a sharp mind but also a heart for issues and concerns.

For instance, last year's Miss Universe titlist Iris Mittinaere, who's a dental professional, has joined the worldwide campaign of Smile Train in correcting dental birth defects in children. Or our very own Megan Lynne Young, who won the country's first Miss World crown in 2013, has actively campaigned overseas for support of Haiyan (Yolanda) victims in the Philippines.

Most of our very own beauty queens have, likewise, embraced initiatives closest to their hearts. However, there are quite a few whose crusades have touched the lives of people here and around the globe. 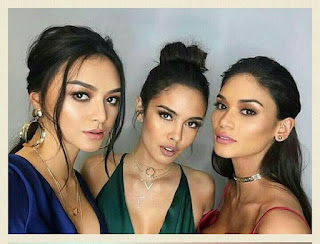 An alumna of ABS-CBN's Star Circle 11 prior to her pageant years, the Filipina-German actress is a big supporter of gender equality and anti-bullying. But it is her drive to spread HIV/AIDS awareness that brought her to the UN Assembly, as spokesperson of the Miss Universe Organization, to campaign strongly against the spreading of the deadly disease.

Because of her efforts, the UNAIDS has named her a goodwill ambassador for Asia and the Pacific. Despite her busy schedule, Pia will be back in front of the camera soon and appear in a Star Cinema movie entry for the forthcoming MMFF, The Revenger Squad, with Vice Ganda and Daniel Padilla. It will be her big comeback in showbiz.
*
Yedda Marie Kittilstved-Romualdez (Bb. Pilipinas-International 1996)

Like Venezuela's Irene Saez, Yedda chose to join the  world of politics to push for better reforms. After her stints in the modelling and pageant circuits, she married Leyte representative Martin Romualdez and took over the reins from her husband after he completed his term and tenure.

As incumbent solon, now sitting with the rehabilitation efforts of Tacloban in full swing, Yedda has been lobbying for the passage of House Bill 344 into law. She is pushing for the creation of a department that would take care of disaster preparedness and emergency management.

After the surge of Yolanda, she is now advocating for a national agency wherein disaster relief would be quick and rehabilitative.
*
Margarita Favis Gomez (Miss Philippines-World 1967)

Maita, as she was fondly called by friends and fans, was an activist, scholar, and fashion model in her heyday. She was a human rights advocate, who championed the cause of womenhood together with the Makabayan political movement in the '80s.

She was a co-founder of Gabriela, and helped establish WOMB (Women for the Ouster of Marcos and Boycott). Both these organizations were formed after the assassination of Ninoy Aquino.

Today, the Gabriela organization has crossed the seven seas with international chapters in Filipino communities abroad. The group is closely affiliated with 3 Billion Rising, a worldwide campaign against violence on women.

Maita passed away in July 12, 2012 due to a heart attack. Before her death, she helped form the Work Well Foundation, an organization that sought well-paying jobs for Filipino women.
*
Gemma Cruz-Araneta (Miss International 1964)

A historian who supported heritage conservation, Gemma is the country's first Miss International winner and the first Asian to wear the crown. She donated her prize money of $10,000 to the Manila Boys Town and Girls Home in Marikina.

She wore many hats during her career in government, including a post as Secretary of Tourism during the term of Pres. Joseph Estrada. In 2010, she was a member of the Board of Regents at the Pamantasan ng Lungsod ng Maynila (PLM).

As a book author, she has published six books on Philippine history.
*
Nelia Sancho (Queen of the Pacific 1971)

She was Gloria Diaz's runner-up in the Bb. Pilipinas search of 1969. Two years later, the Philippine Tourism Authority appointed her to represent the country in the Queen of the Pacific tilt in Melbourne, Australia. Nelia won the title and bagged the Most Photogenic award.

Her initial foray into the activism scene was not altogether serious; being swayed by peers to be part of the marches. However, after witnessing how two UP professors were shot point blank, she went underground. Time Magazine called her the 'Guerilla Queen' in a feature article.

Nelia will always be remembered as the crusader for Lolas Kampanyeras, a campaign in support of World War II comfort women. Like Maita, Nelia also co-founded the Gabriela organization.
*
Margie Moran-Floirendo (Miss Universe 1973)

Margie is a peace advocate and is widely recognized for her efforts in Minadanao, especially her involvement with the Mindanao Commission on Women Organization. She was also a staunch supporter of Mindanao's arts and culture, through the Southern Philippines Foundation, and the producer of the critically-acclaimed movie Bagong Buwan.

An accomplished dancer, who loves the Argentine tango, she sometimes portrays cameo roles in Ballet Philippines' productions where she sits as incumbent president.

She is also an ambassador and trustee of Habitat for Humanity.
*

A pre-school teacher by profession, she won the sixth Miss International title for the country and is the most travelled winner to have worn the crown.

Kylie is a sought-after model, being a member of the PMAP, but her heart is focused on creating awareness for depression and suicide syndromes. As such, she is a volunteer of the  Natasha Goulbourn Foundation.

The Baguio-born beauty is lobbying for the passage of the Mental Health Bill; a law that would greatly help Filipinos who are suffering from this disorder but are largely not given government support. 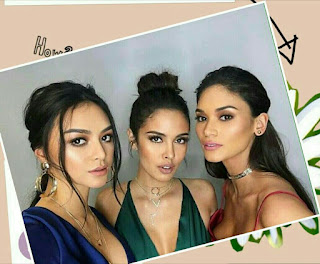