Mint Mnl, a bisexual blogsite comprised of members based in the Philippines and overseas, joined its first Pride march at the culmination of the 24th Metro Manila Pride March and Festival held in and around the sprawling grounds of the Marikina Sports Center a week ago. 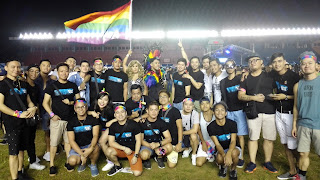 "Mint Mnl was launched on Facebook actively last 8 January 2018. But the group started earlier on the Blued app. As time went by, different stories unfolded within the interactive group chat. And so, we thought of strengthening the cool barkadahan into a more fulfilling advocacy, like supporting the LGBTQIA+ community by spreading social media development and transformation through our bisexual blogsite," shared founder Lem Bala Cruz, in an online statement. 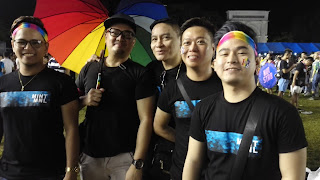 From empowering speeches to exciting drag, dance, and musical numbers, so many activities and performances were lined up during the Pride Day finale. This year's parade route was a 2-kilometer stretch of road - starting from the Marikina Sports Center then passing through major local thoroughfares like Sumulong Highway and Shoe Avenue. 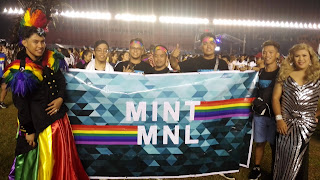 With a bigger number of participants this year, the march proper (dotted with intermittent drizzle), took around two hours from start to finish.

The first Pride March in Southeast Asia, and the second in the Asian continent, happened in Quezon City in 1994. What started as a 60-person march some 24 years ago, has now grown to a community of more than 25,000 (and counting) LGBTQIA+ persons and allies marching for equal rights. 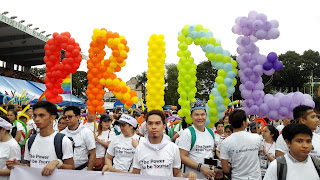 The Pride marches of the past had always been an LGBT affair. But, in recent years, the community has expanded to include other sectors thus the new acronym - LGBTQIA+. 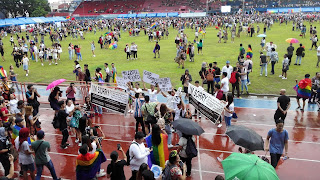 The University of Southern California Resource Center has identified the members of the Pride community, as follows: 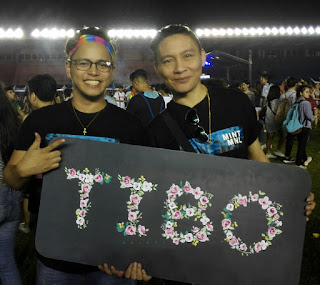 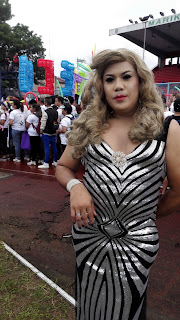 Bisexual is a person emotionally, physically, and/or sexually attracted to both men and women; 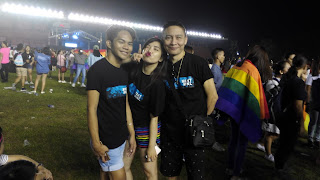 Trans-gender is an umbrella term for people whose gender identity and/or expression is different from cultural expectations, based on the sex they were assigned at birth;

Queer is a term people often used to express fluid identities and orientations, and used interchangeably with LGBTQ; 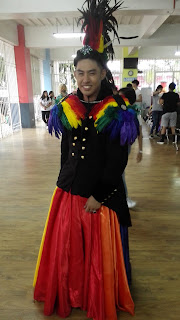 Inter-sex is the condition of being born with genitals that is difficult to label as male or female (like a hermaphrodite), and/or has developed secondary sex characteristics of indeterminate sex, or which combine features of both genders;

Asexual is a person who is not sexually attracted to anyone or does not have a sexual orientation; and

Plus ensures that the LGBTQIA+ community will always be inclusive of all identities. 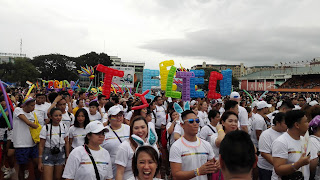 Next year, as the Metro Manila Pride March celebrates its Silver Anniversary, it is hoped that pertinent legislations which are responsive to the needs and concerns of the growing LGBTQIA+ community will have been passed and promulgated. 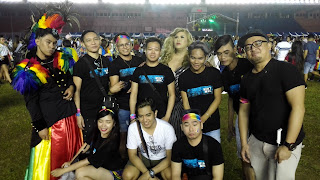