Taipei City, through its Department of Information and Tourism, has embarked on a new campaign to boost its ever-rising tourist attendance in a number of promotional events that include a travel madness expo at the SMX Convention Center in Pasay City (July 5 - 8), as well as a food sampling affair at the Glorietta 2 Activity Center in Makati City (July 6). Simply dubbed "Fun Taipei," the four-day blitz is geared towards exploring the many sides of the Formosan capital. 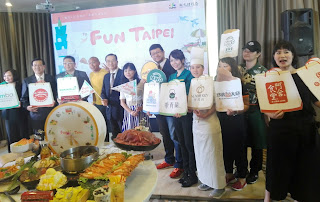 Kick-starting the event was a press conference at the Filipinas Ballroom of the Ascott Hotel in Makati City where YouTube sensation Mikey Bustos sang the campaign track "My New Crushie," which was based on the theme song of last year's Summer Universiade in Taipei. The recorded music video takes viewers through a vicarious ride into the city's amazing food scene. 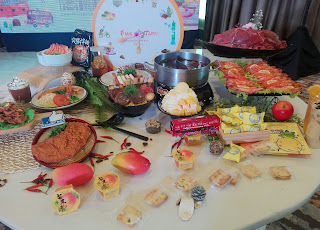 Whether hankering for a Taiwanese-style home-cooked meal, rich with old-time tastes bursting with nostalgia; or for a feast of Cantonese, Jiangzhe, Japanese, European, continental, American, or Southeast Asia tastes; rich and varied culinary adventures showcasing different cultural traditions can be found everywhere. 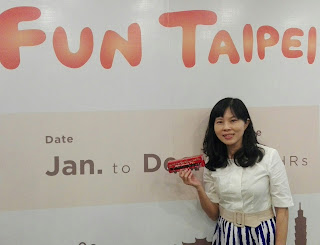 Chen Yu-hsin, deputy commissioner of the Department of Information and Tourism, claimed that Mikey Bustos is the first foreign celebrity to be invited as spokesperson to promote Taipei as the perfect city for foodies and shopaholics. "Fun Taipei is part of the South Bound Policy that started in 2016 wherein Taiwan has fostered closer ties with the Philippines and other Southeast Asian countries. Its mid to long term plans encompass all sectors of society, with a scope centered on education, commerce, technology, agriculture, trade, investments, tourism, and its related industries.

"Taiwan is a backpacker's paradise because of its transportation convenience. You can easily go to places within the span of an hour. Taipei is a fashionable city but one steeped in traditions. With the extension of the visa-free policy between the Philippines and Taiwan until 31 July 2019, our targeted market of young people and families is expected to increase further. And with Mikey Bustos as our spokesperson, we expect more Filipinos visiting Taipei very soon," shared the deputy commissioner in an exclusive interview.

Accordingly, the number of Pinoy visitors has hit new highs, with the number reaching 290,784 since Taiwan approved the visa-free program for visitors from the Philippines in November 2017. This is a staggering 68.59 per cent increase from the same period in the previous year, that attracted 172,475 individuals in 2016. 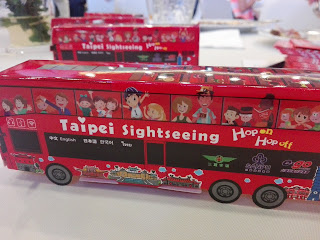 On the other hand, local travel agency Jeron Tours launched its Fun Taipei packages with EVA Air and Amba hotels, including a ticket for the double-decker sightseeing bus. The hop-on, hop-off red transport is the newest fun way to discover Taipei in two different routes, both with 20 stopovers including the architectural marvel Taipei 101, the second tallest edifice in the world.

While relishing the many gustatory delights of the city, it is also a must to drink tea while admiring the scenery, especially after walking past the tea fields on a hiking trail. Or enjoy coffee in distinctive cafes such as those on Section 2 of Zhongshan North Road as well as those located on the streets of Chifeng, Yongkang, Qingtian, and Fujin.

However, aside from amazing food tours, there are also other must-do things while being in Taipei. Visit distinctive neighborhoods like Taipei's east district. It is the place to search for fashionable stores, with Taipei 101 and the Xinyi shopping area serving as bustling fashion hubs.

On the 89th floor of the Taipei 101, enjoy a 360-degree panoramic view of the entire cityscape. High-powered telescopes, souvenir/postcard shops, and other facilities are readily available. The Taipei Mall, at the iconic tower's ground level, is one of Taiwan's most upscale and fashionable shopping locations, brimming with renowned international brands. Shopping therein is a relaxed, elegant affair. Plus, the many refined Chinese and Western culinary choices bring even more satisfaction and pleasant surprises. 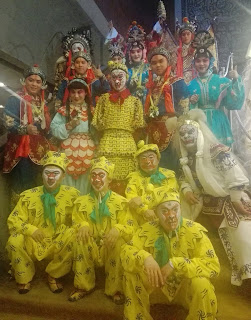 You may also want to see cultural and creative attractions such as a Peking Opera performance or worship at a historic temple like the over-a-century-old Bangka Longshan Temple where people pray for a happy family life or good health amidst life-like Buddha statues. Moreover, be appreciative of the arts and culture showcased in its many musueums.

Visit a Riverside Park and go on a river cruise. Boat trips on the Tamsui River can be taken from Dadaocheng Wharf, the 'blue highway' offering different views of the city and the riverbank scenery. Better still, enjoy a hot spring bath if you happen to visit Beitou which is known for its steaming hot spring waters and lush greenery.

Whatever you do, and wherever you go, always view the natural scenery. As Taipei is surrounded by mountains and has a highly-developed transport system, it is fairly easy to get from the bustling city center to the highlands. Choose from any of its many national parks including the Sun Moon Lake in Central Taiwan.

With all the many surprises and discoveries in and around Taipei, it is no wonder that Taiwan has become the fastest rising destination in Southeast Asia.