Hub for the enlightened soul
By Earl D.C. Bracamonte

MDP Village, built in the last three years, is located in Brgy. Rosario at the edge of Cervantes town in Ilocos Sur; right at the crossroads that lead to Sagada, Baguio, and Candon City. Overlooking the Abra River, amidst a wide expanse of verdure, the village is likewise ensconced by two historical passes - Tirad and Bessang - where wars were fought in the very area.

The Tirad Pass recounts Aguinaldo's World War I exploits, while Bessang Pass recounts the Filipinos' efforts against the Japanese during World War II. Rumors of the Yamashita treasure and the Golden Buddha buried in the mountains of the Cordilleras have brought prospectors to the town in the early 1960s.

Gold panning was prevalent then, not just for the locals but also the Chinese migrants. The Lepanto mines in the area has bolstered the belief that, indeed, Cervantes is one treasure trove of a town.

"MDP Village was formerly a ranch, thus the presence of cowboys. Cervantes was named after Spanish governor-general Miguel Cervantes. In the olden days, headhunters sought babies to offer to anitos so the bridge, which is often destroyed, gets to stay for a longer time.

"There were no doctors, dentists, nor lawyers so the inhabitants sought shamans (healers) who were into herbal medicine. The Cervantes of my youth was an agricultural town with no electric power and everybody walked. There were only three cars around: the priest's, the mayor's, and that of the chief of police.

"However, Cervantes was the center of education, religion, and culture in these parts of Ilocos because of our European school system. The European priests brought with them their cultural practices and classical music. So we were influenced not only by the Europeans (Belgians, Dutch, Germans, and Swiss) but also by the Spanish, Japanese, Americans, and Chinese.

"I was one of the first to work abroad. I studied Engineering and worked in Saudi Arabia for ten years, after graduation, for an American oil company. After this stint, and having saved enough money, I went on a trail of enlightenment that brought me to India, Nepal, Africa, Colombia, New York, and other countries to cure ailments through my healing techniques," recounted Master del Pe, a higher consciousness guru from Cervantes who came back from the US in 2015 after a 20-year absence. He is a mentor, guide, and heals people from all over the world. 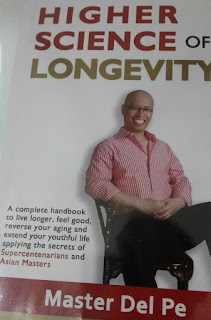 "The MDP Village helps people on how to manage their level of stress. A higher level of success has a higher level of stress. It accumulates at the shoulders, neck, lower back, and abdomen. You need to release toxins through proper breathing and exhaling techniques. Breathing must reach the abdomen for optimum relaxation and recharging of our bodily systems. The average stay of visiting foreigners on a retreat is a fortnight. Filipinos stay for four to five days, and sometimes extend for a few more days.

"Body language has a lot to do with mind and emotions. Get oxygen to fill your lungs to make your body turn alkaline. The hip controls energy that goes to the upper body so it needs to be rotated while exercising for longevity and youthfulness. It is an indicator of health and an important point of wellness. Also, you need to strengthen your abdomen to get rid of back pains later in life. 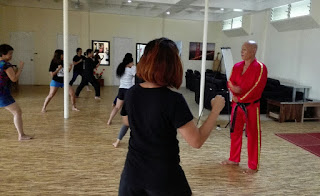 "The halo, the crown, the mitre, even the shaman's feathers are all symbolic of the body's gland of happiness - the pineal glands. The pituitary glands, on the other hand, is the president of all glands, telling each to function properly. The heart is the center of emotion, rapport, and loving while the navel is one's gut instinct; making us know what to do in an instant! That is why the navel is the site in hara kiri cases, and the site strengthened by monks to harness their natal chi. Concentrating on these points can give you the balance you need. It is a very powerful anger/anxiety management tool. In the world of zen, these points are your site for mindfulness, source of a longer life, and in harnessing prebiotics for better digestion.

"We need to follow a conscious path to an enlightened life. My book addresses the 'dark night of the soul.' Longevity and well-being consciousness as well as clarity of the mind will be threshed out in a forum like the ICHC," continued Master del Pe. 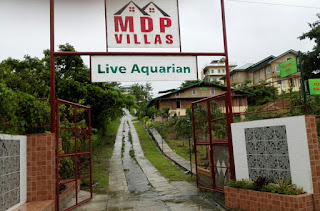 The International Convention of Higher Consciousness (ICHC), a four-day convention and retreat, will unfold at the MDP Village from Sept 28th 'til Oct 1st. A hundred and fifty selected representatives and delegates from 30 countries will undergo sessions on consciousness and inner awakening.

"Each day has its own theme to follow. Colloquia and panel discussions will delve on subjects such as socio-political, corporate, and economic consciousness; social ills and unresolved health challenges; the new education for the next generation; as well as in raising the bar of enlightenment for family life," shared world-class seer and MDP Village co-founder Rega Stellar, who will be a resource person during the convention. 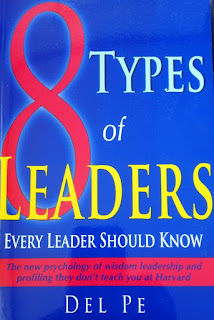 The proceeds from this undertaking will go to six charity projects of the MDP Foundation that includes HIV Research, Elderly/Youth Empowerment, as well as the World Wisdom Act. 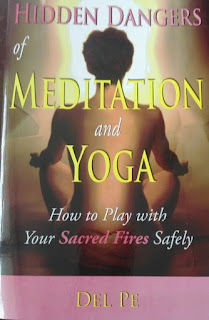 MDP Village envisions that in the near future, a new world will be governed by a hierarchy of holy beings who are working under a new Divine plan and employing a more enlightened humanity, whose new development is empowered by the new virtues of Divine power, love, and light.

This new world period, called the Aquarian era, will replace the old Piscean life bringing cosmic revolution and positive destruction for universal reconstruction leading to the Earth changes. What follows is the dawn of the Diamond age. 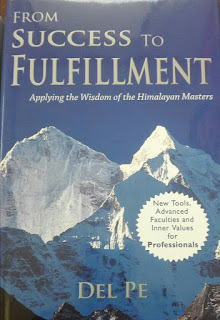 Thus, the seven pillars of ARSE are life purpose and mission; Aquarian philosophies; key virtues to lead a balanced/fulfilled life; Aquarian culturing of consciousness; meditations and enlightenment strategies; service as a way of life; and the progression of karmic to dharmic life.

"Apathy will corner you into a meaningless life. So change before the big hammer strikes," warns Master del Pe. 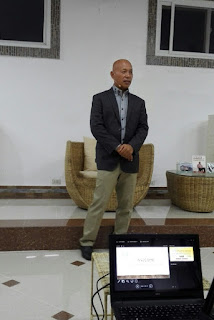 The MDP Sanctuary dedicates its facilities, staff, and resources to help physicalize this vision. "The MDP Village has generated more jobs for the locals with its creation; more than those offered by the government and the private sector. This center is geared towards nurturing advanced souls who will be stewards of humanity; bolstered by an online nurturing program.

"Thinking minds, or the intelligensia, is the backbone of change in a society. Talking to the core of this group effects change because the ruling elite talks to them and the mainstream public follows them," enthused Master del Pe, in closing. 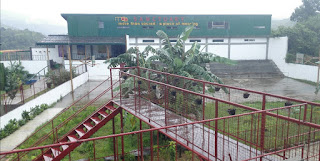