PLDT Home powered the all-star gala of the hit Pinoy musical "Rak of Aegis" when it opened its 7th season on July 5. 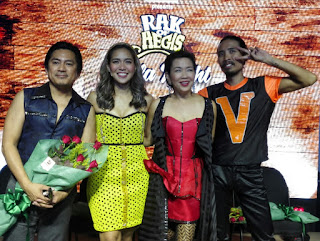 "Rak of Aegis is successful because of tremendous support. As performers, we love this show so much. The one thing I learned in theater is to never be complacent. I have trigger points and scenes in the show that makes me really emotional," shared theater stalwart Isay Alvarez-Seña. 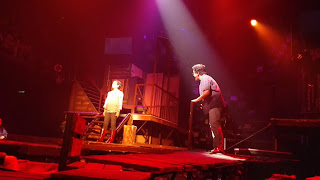 "Since this is our seventh season, the challenge is how to make it fresh. We tweaked some lines but went back to the roots. Rak of Aegis is like a traveling circus; and we are being in a workshop constantly. It is every actor's responsibility to be focused all the time," enthused West End veteran Robert Seña. 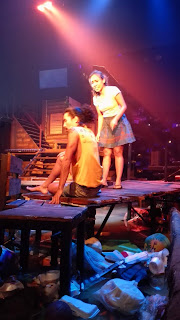 The iconic musical phenomenon is about a small-town girl, Aileen (Aicelle Santos), who hails from a perpetually-flooded Manila neighborhood, Barangay Venezia. The Internet becomes an important factor in the musical's awe-inspiring story when Aileen realizes that the best way to get up from her humble surroundings is to harness the Web's star-making power, pursue her passion for singing and music, become a viral YouTube sensation, and make money from her newfound fame. Of course, things are not always that easy, as there are challenges along the way. 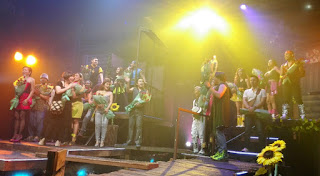 "Since I was not around during the 6th season, I went back to the script to find Aileen and re-learn the character all over again. The challenge was to essay her dream-eyed nature because I'm now in a different stage of my life," confessed Aicelle Santos, who was playing Miss Saigon's "Gigi" and who will be tying the knot soon. 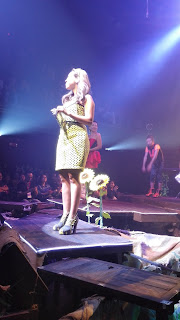 "It still feels like the first time. The rawness comes with truthfulness. It's important to listen to your co-actors," said Pepe Herrera, who plays Aileen's love interest, Tolits. 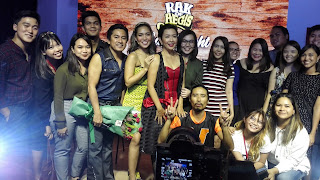 Like Aileen's dream, PLDT Home empowers the youth with the use of the information highway. And with the all-new family-sized data packages offered by PLDT Home WiFi, kids will be able to hone their passions and interests by watching videos and tutorials that will take them to further heights. 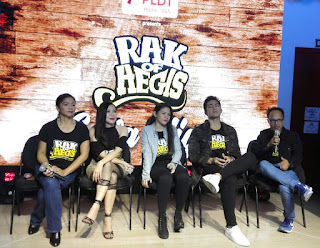 "The are similarities and differences between theater and television. TV starts from the inside while theater starts with actions unto emotions. Meeting new people and the 'legends' of the industry is what inspires me. I want to learn from the best," declared GMA artist Derrick Monasterio, who will play the role of Tolits in scheduled play dates. 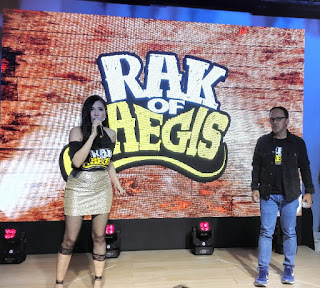 "As a folk artist, it's kinda difficult to sing Aegis songs so we need to rest our voices. Theater entails discipline. Aegis songs reflect the pulse of the times. Our ethnicity and experiences are reflected in our attack/approach to the roles we play," mused Bayang Barrios.

"My fave scene is with Noli Cabangon's character, Kiel, because it is very emotionally-charged. There are four alternates playing the role of Mary Jane and each of us inject our own artistry into the character. Every season offers something great. Thus, I have high hopes for this season," intimated Jenine Desiderio, who will be playing MJ, alternately, with Bayang, Isay, and Sweet. 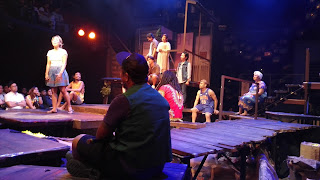 "I had a hiatus from stage work for 12 years. Singing and hearing the music of Aegis on its 7th run makes OPM more exciting. We really have to prepare because the range of the songs is quite high," quipped Noel Cabangon. 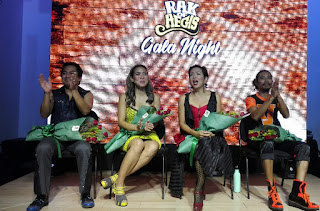 Rak of Aegis' return is in partnership with the Organisasyon ng mga Pilipinong Mang-aawit (OPM) and the PhilPop MusicFest Foundation, and runs until Sept. 29, 2019.

"There's nobody in the cast that' s not talented. You'll get fresh experiences every time you watch the show, whether for the first time or more frequently," invited PETA president C. B. Garrucho. 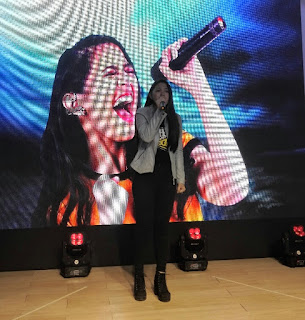