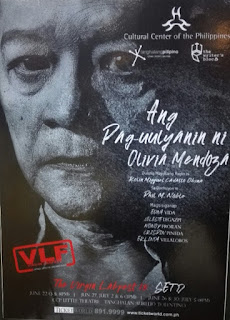 Now on its 15th year, the final entries were sifted from a field of 207 submissions. One of the chosen entries was "Ang Paguulyanin ni Olivia Mendoza," a heart-wrenching, albeit flippant, play on the foibles of aging, was grouped under Set D with Nicolas Pichay's "Larong Demonyo" and Sari Saysay's "Wala Nang Bata Dito." 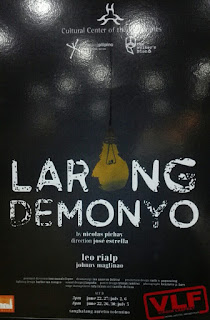 Set D's common thread is the cycle of violence that has still remained unchecked, despite the passage of time. From Martial Law atrocities in "Larong Demonyo" to the want of justice in "Wala Nang Bata Dito," unto the domestic violence in "Ang Paguulyanin ni Olivia Mendoza" as narrated by the central character. 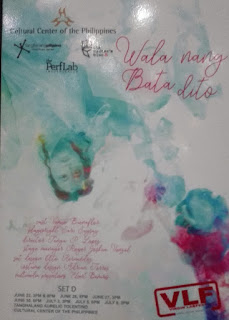 Olivia (Edna Vida), a 75-year-old woman in a home for the elderly, keeps her dark past to herself in fear of losing the hard-fought relationship with the man she loves, Andres (Nonoy Froilan); among the coterie of the same cranky, old people with once significant but now forgotten lives. Until one day, when Alzheimer's Disease reveals her deepest secrets, everything she holds dear falls apart, leaving a fractured memory she might never mend back again. 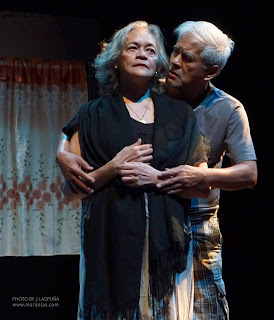 Real-life couple Vida and Froilan delivered heartfelt performances. So with Crispin Pineda and Erlinda Villalobos, whose brief appearances have not diminished their theater savvy. But it was Celeste Legaspi's character, Julia, that almost stole the show with an unforgettable portrayal. 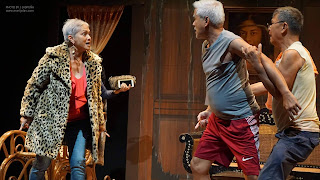 Playwright Rolin Migyuel Obina's material was written at the throes of the LGBTQ equality rights and Mental Health Act lobbying. That we watched it on the tail-end of Pride Month was more than timing. "Ang Paguulayanin ni Olivia Mendoza," pierces the very core of human existence as it begs the viewer to fathom the real meaning of love. 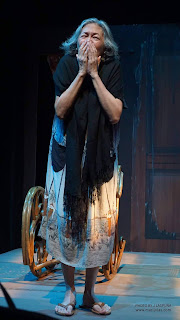 This is Obina's second outing with VLF after his debut entry "Mga Bata sa Selda 43" last year. A haunting portrayal on the after-math of EJK, this play will be shown in San Francisco, California come October. 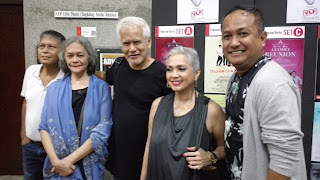 The Virgin Labfest (VLF) is a festival of new, unpublished, unstaged works by Philippine playwrights. It seeks to explore new directions in contemporary Philippine theater. The program's avid encouragement to develop new and exciting, sometimes risqué ideas and concepts into full productions is becoming its identifying mark in the Philippine theater calendar.

Aside from tonight, there will be two more Set D performances scheduled on July 5 and 6. For the very few remaining tickets, simply visit the CCP Box- Office prior to the show at 8pm.
Labels: 15 ccp titibok-tibok vlf writers bloc