The Mutya Pilipinas organization recently presented its newly-crowned winners to formally meet members of the press during a special luncheon at the Hai Shin Lou Restaurant in Makati City.

A fortnight after the pageant's coronation rites, the new titlists are busy training for their respective international pageants. During the media luncheon, all the Mutya queens were present except for 24-year-old Janica Louise Arroyo An, MP Overseas Communities 2019 winner, who returned to Los Angeles to continue her studies in Civil Engineering at the California State University. 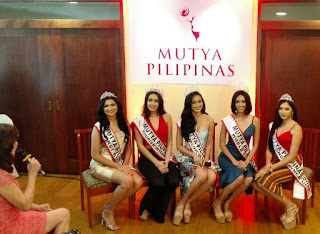 "Pageants allow women to have a voice of influence. My advocacy is to bridge the gap between government and indigenous communities. We are a melting pot of different cultures and tribes. I remain grounded on my purpose for joining this pageant, as I remain humble during my reign," intoned the eloquent Davaoeña, who bested 39 other hopefuls during the local search.

Tyra Rae F. Goldman, a relative newcomer to pageants is also training in preparation for the Miss Tourism International pageant on November 8th in Kuala Lumpur, Malaysia. The 18-year-old MP Tourism International winner from Nevada is busy polishing her skills. She will fly to Malaysia on Oct. 22. 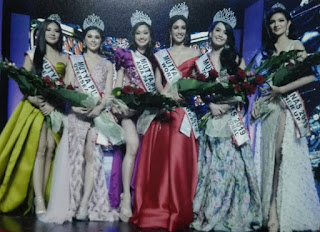 Both Klyza and Tyra are considered newbies in the beauty pageant circuit. As such, they bring with them the enthusiasm and passion of first-time beauty queens.

On the other hand, MP World Top Model Philippines 2019 April S. Short, a seasoned model with pageant experience hopes to bring with her the best of both worlds when she represents the Philippines in the World Top Model competition on Dec. 14 at the Fairmont Hotel in Monte Carlo. The 25-year-old Zamboangueña said she'll share some of the hefty cash prize she'll receive should she win the title in the Principality of Monaco. "I'll save most of it for my future. Since I was a scholar in my high school and college years, I give back by providing school supplies to students in my hometown as part of my advocacy for continuing education."

Also present during the media luncheon were 22-year-old Cyrille D. Payumo of Pampanga and 21-year-old Maxinne Nicole C. Rancel of Padre Burgos, Batangas who were proclaimed as first and second runners-up, respectively. 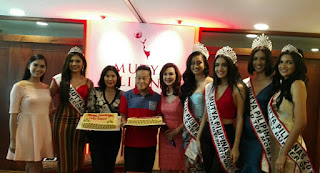 "There will be a homecoming parade in Davao. We had to reset our calendar after the mourning period of our chairman's family. Aside from the present titles, we are on the lookout for valid and legitimate competitions for our runners-up. Like our queens, they're pretty, smart, and ready to compete as well," enthused Mutya Pilipinas president Cory Qurino, at the close of the early afternoon event.