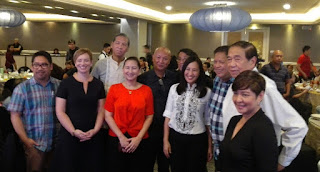 "We are the country's No. 1 festival in the consideration of serious film buffs. Thus, we aim to be the prime film festival in the Southeast Asian region," enthused Mayor Belmonte, during her speech.


"Part of the development vision of QCinema is involving public schools of Quezon City: to prepare the next generation of movie viewers. Funds spent for the festival should cascade to the lowest strata of society, most especially the students. The conversation threads in social media has stimulated a fertile discourse amongst young viewers.

"The festival envisions on opening new sections in the future, but this all depends on the political weal. QCinema has raised the Philippines to another dimension in filmmaking and presentation. It has also been noted that QCinema has now become part of film tourism destinations. It is our dream to make the Philippines the film capital of the Southeast Asian region. Soon, QCinema will have its own venue in the near future," continued Mayor Joy. 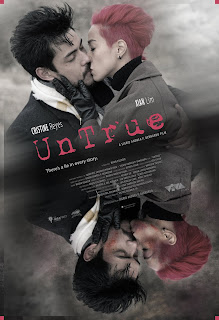 The 2019 line-up will have a recurring female theme.
Untrue, a film about lies and deception, will open the festival this year. Slated for commercial release after the festival, the screening will mark the film's world premiere. Festival director Ed Lejano said that there will be a total of 66 titles to be shown during the festival run and will be spread out to the other categories that include New Horizons, Screen International, and the Centennial Classics like  Gerardo de Leon's "Noli Me Tangere," Manuel Silos' "Biyaya Ng Lupa," and Lino Brocka's "Insiang" and "Maynila: Sa Mga Kuko Ng Liwanag," among others.

"Six titles will compete in this year's DocQC category. There will be three international entries and three local entries that each received post-production grants amounting to Php500,000," apprised category head Kints Kintana.

The RainbowQC category, on the other hand, will showcase films from Brazil, Guatemala, Vietnam, USA, France, Thailand, and Georgia.

"The Australian Embassy has put together award-winning films to be screened at the festival. There will also be master classes to be conducted by Australian filmmakers. Two feature films, "Top End Wedding" and "Buoyancy," as well as indigenous film entries will likewise be screened. We are also inviting Filipino entries to the Asian Flickerfest that we are spearheading in the Southeast Asian region," intoned spokesperson Clare Duffield.

The Asian Next Wave competition will have three Philippine entries, as well as films from Laos, Malaysia, Thailand, Indonesia, and China.