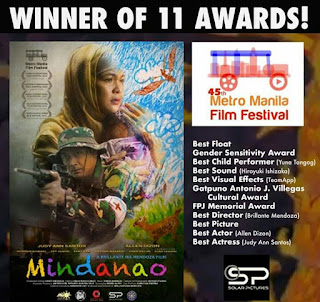 In the film, Saima Datupalo (Santos-Agoncillo) spends the final days of her sickly daughter Aisa (Yuna Tangog) at the House of Hope in Davao City while waiting for her husband Malang (Dizon), a combat medic, to come home from a military operation in the province of Maguindanao. She witnesses how other patients triumphed over cancer while others did not. On the other hand, Malang witnesses how death awaits on the battlefield as he tries to save the wounded soldiers. Some survive, some do not.

To assuage her daughter's pain, Saima mirrors the harrowing life in the movie by retelling the epic tale of Rajah Sulayman and his warrior brother, Indarapatra, to her daughter: a story of two warrior brothers who fought against the dragons Ginto and Pula. The crayon images of the tale interweaves the battle realms of Malang and Aisa. Despite the bleak circumstances surrounding the parallel stories, Saima remains hopeful that both her daughter and husband escape impending deaths that loom ahead. 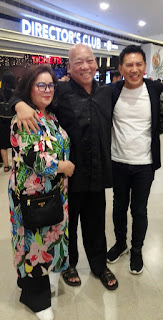 Using animation, Mendoza's film brilliantly splices the folkloric epic tale of Rajah Sulayman and Indarapatra with the travails of the Datupalo family coming to terms with the loss of life and the ravages of war.

"The film started with a research on children with cancer temporarily sheltered at the House of Hope in Davao City. Majority of the patients were children from all over the island of Mindanao. Upon discussion with screenplay writer Armando Lao, we decided to look for Army personnel whose kid is suffering or have survived cancer. That was the beginning of compounding two eminent deaths - one caused by illness, the other caused by war," intimated Mendoza, who also won as the festival's Best Director.

"The experiences of the people in the epic tale and the current people in Mindanao is still very much the same as deaths lurk behind them. It was such a sad realization for us. Thus we ended up merging the epic tale with the story of a Maguindanaoan mother of an ailing child of cancer, whose husband is a combat medic deployed in an offensive military operation.

"I envisioned the epic tale to be in animated images. We took time in the development of the animation, and I am happy with the rendition of the animators. Truly, we can be proud of their craft and talent, and I may say this film is also a tribute to the animation artists of the country," he continued. 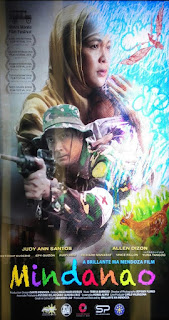 Catch "Mindanao" in cinemas nationwide. The MMFF 2019 entries will run until January 7, 2020, with some entries enjoying extended runs when the normal screening schedules in cinemas resume.