Born and raised in Antipolo, his environs and childhood memories helped him create the images he brings to life in his canvas. Neptalie started painting in his elementary years using oil pastel as medium. In his teenage years, he wanted to pursue a career in singing but realized he had more following with his artworks. 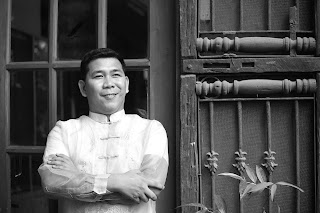 His large paintings measure 4’ x 8’ while his smaller works are sized 2’ x 2’. Aunzo’s ‘Mariang Marikit’ series brings back Maria Clara’s type of beauty and demeanor, which he wants to see in Filipinas today. On the other hand, The ‘Pedrong Masipag’ series is inspired by industrious Filipino laborers who sweat out their calling. Decked in stylized barongs, you’ll see familiar blue-collar occupations inhabiting Aunzo’s canvas. 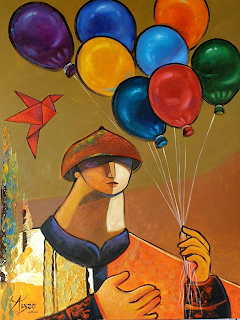 “You could say depression caused me to channel my feelings into painting early on in my life. I was raised by a single mom so my earlier sketches depicted themes of the father-son bond because of my lack of a father figure. 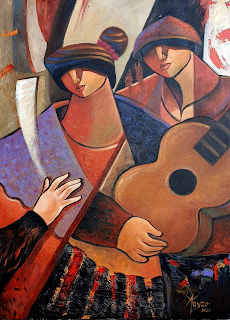 “My smaller pieces usually take less than a day to finish and a little longer for bigger ones. But there was this one painting that I did for my mom that took over three months to complete. It was a detailed portrait that now adorns her room," shared Neptalie, who learned, just recently, that his name is similar to one of Israel’s twelve biblical tribes. 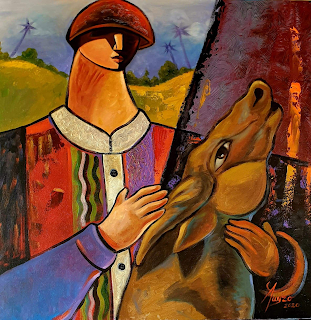 As the title of his show suggests, “Rise Reap Reinvent,” is a leap to greater heights.


“Rise means making the most of the leap year, and 2020 as a new year and beginning for me. Reap hearkens back to over a year of creating works and the time for harvest while Reinvent connotes doing things that are out of the box and never being stifled by what’s usual and safe. You can say that Neptalie Aunzo is ‘makabagong Pilipino,’" continued the artist. 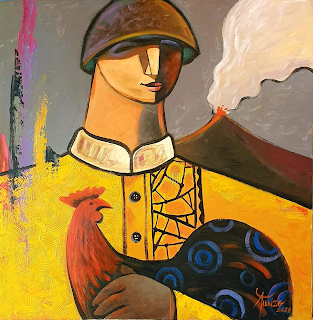 For this exhibit, Aunzo brings to the fore a collection of varied sizes that, while displaying figurative forms, are culled with cubist strokes. Heightened by the play of light and shadow, sometimes with a non-existent background, the paintings take shape and form, more, from perspective than the use of spatial elements. 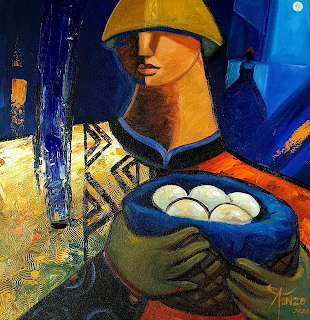 With cubism, three-dimensionality and depth are displayed all at once using perspective, even on a flat canvas. This revolutionary way of reproducing the world around us was pioneered by George Braques and Pablo Picasso in the first decade of the twentieth century. With cubism,  art no longer needed to be an imitation of the world around us. 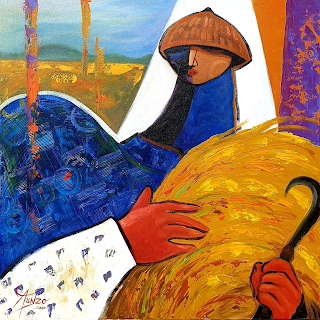 Picasso happens to be Aunzo’s most revered painter and counts “The Dreamer" as his favorite among the great artist’s masterpieces. Now, after over a century of the nascence of the cubist movement, Aunzo seeks.inspiration from its inventors in bringing his truth to the canvas. 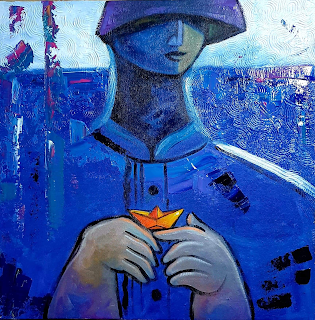 Aunzo also looks up to the works of the many Filipino masters before him like Vicente Manansala, Ang Kiukok, Botong Francisco, Ben Cabrera, Lydia Velasco, and Mauro Malang Santos. Some of the show’s benefactors include Obra ni Juan and Rick Gemora Hernandez of Ricardo’s Coffee Classic Cuisine. Neptalie is happily married to Lorna Alanano and their union is blessed with a son, Ric Aziel. 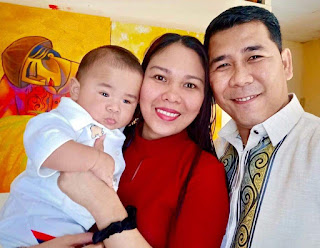 “I fervently pray that my journey as a visual artist will ultimately help my 8-month-old son find his eyesight as he still has not seen the light of day since his birth,” intimated Neptalie at the end of our colloquy. 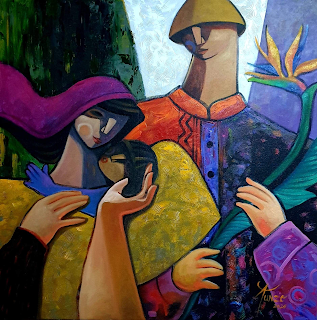