The Princess and the Red Carp

Everybody loves a Cinderella story, and that´s probably why it has been retold time and again in myriad ways. While there have been many productions of the Cinderella story, over the medium of stage or film through the years, most are based on the retelling of Charles Perrault or the Brothers Grimm.

The Princess and the Red Carp, on the other hand, is based on a Chinese version of the story, with origins dating as far back as A.D. 850 and recorded by Tuan Ch´eng-shih.

August 22 opened the 2010 season of the Theater Down South (TDS) company with the staging of The Princess and the Red Carp, an original musical based on the Chinese version of the Cinderella story. It is considered the earliest existing version of this tale and its heroine is a young girl named Yeh Hsien (played with panache by Kahna Cortez-Velasco) who triumphs over adversity with the help of a magical red carp (voiced impeccably by Chino Veguillas) who provide her with finery and the most important pair of tiny golden slippers.

TDS is a new theater company dedicated to providing quality productions for aficionados in Paranaque, Alabang, Las Pinas and to points further down like the provinces of Cavite and Laguna with a special focus on family entertainment, as well as strong educational components. It also features performers who are based in the South Metro area. With most of their performances happening at the Insular Life Theater in Alabang, the company hopes to foster a theater-going habit among the communities in the area by bringing great shows closer to home.

Directed by Michael Williams, The Princess and the Red Carp got its start as part of The Podium´s Chinese New Year celebration last February. Because of the favorable audience response to the project, the company decided to expand the show into a full-length musical. True to the company vision of providing creative opportunities for theater practitioners in the South, the show´s script, music and lyrics were written by company member Joonee Garcia from Williams´ original concept.

The decision to mount an original production was one made with their audience in mind. ¨The company is on a mission to encourage theater patronage, especially in the suburban communities. Smaller family-friendly shows, such as this one, are a great way to introduce new audiences to the experience,¨ explained the director.

Other memorable characters in the musical include the handsome young Emperor (Zig Hagamann) and his dynamic Prime Minister (Mikey Llorin, who does a fine impromptu job during the shoe-fitting scene), a wicked stepmopther (played deliciously to the hilt by Celine Fabie) and a pair of silly stepsisters (fabulously recreated by the tandem of Marie Delgado and Joonee Garcia).

¨We made up the characters first before doing the music. We are into musicals and family-oriented productions because of families in the South that make up our viewership profile. We are toying with the idea of producing Filipino folk tales in the near future,¨ Williams enthused.

With an original book and score, this fairy tale is for children of all ages; guaranteeing fun for the young and the young once.

TDS maintains a philosophy that encourages company members to explore as many areas of theater production as they can. As a result, the actors get a chance to try out various aspects of the craft from stage management to writing, directing, graphic designing, and even marketing. This not only gives them a wider understanding of their work but also adds to their skills; making them more well-rounded and honed in the long run.

¨Company members don´t audition for a particular role but to be part of a group and be trained in the dynamics of theater. All of us lead different professional lives individually yet we come together for our love of the stage. We are still starting to form our company identity; carefully trekking gentle baby steps before we take the giant leap,¨ intoned Williams.

TDS´ previous productions have included A Midsummer Night´s Dream, Treasure Island and Rapunzel. This season, the company added two musicals to their repertoire with The Princess and the Red Carp, and Stephen Sondheim´s Something Happened on the Way to the Forum that´s slated to run starting October 2nd.

To further build their audience, TDS is also heavily involved in activities that promote theater education. Aside from holding acting workshops during the summer months, the company offers their services to schools needing help in mounting theatrical productions. They also hold special performances geared specifically toward educational institutions, which contain an additional learning component.

As the South Metro continues to expand, TDS hopes to grow alongside it, providing entertainment, education and a thriving theater scene in the area for years to come.

The Princess and the Red Carp is currently onstage at the Insular Life Theater, Filinvest Corporate City, Muntinlupa. Remaining playdates are Aug 29, Sept 5, 12 and 19. Showtime is at 3PM. Ticket are available at Ticketworld outlets. For more information, simply call 505-6380 or 0916-6436976. You may also email them at info@theaterdownsouth.com or visit their Web site www.theaterdownsouth.com. 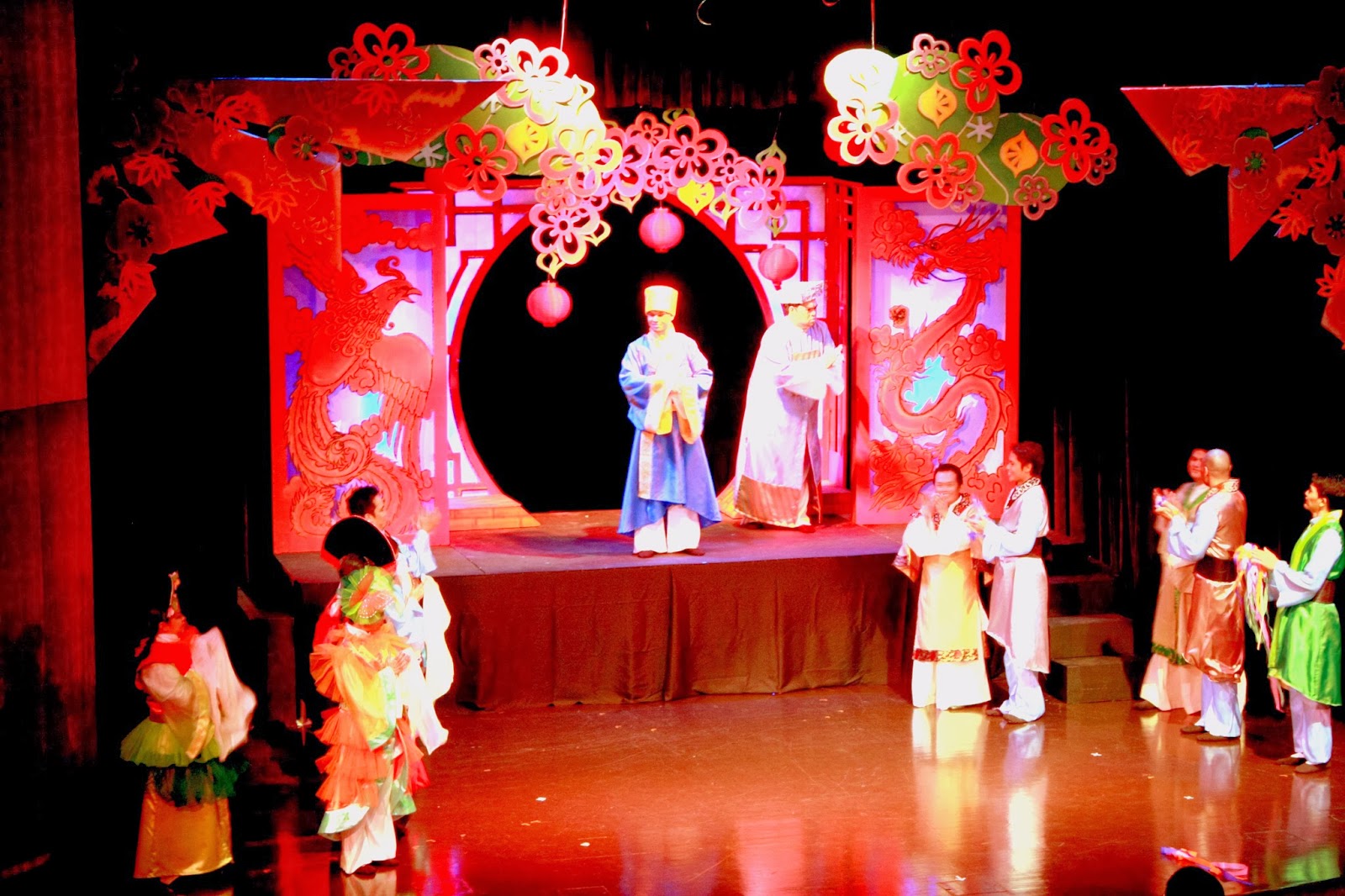