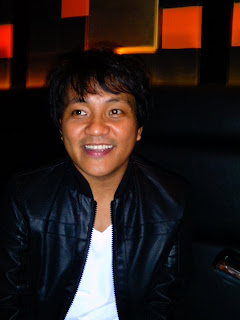 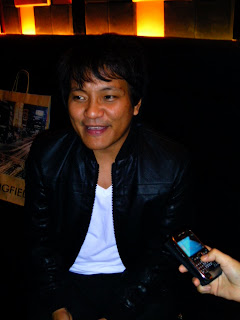 
After four albums with contemporary rock band Sugar-Free, lead vocalist Ebe Dancel goes solo to rave reviews with the release of the carrier single ‘Muli’ from his 2-CD set debut album ‘Dalawang Mukha ng Pag-ibig.’
“I did the band route for 12 years that I got lost when it finally disbanded. It got me off the track. As a solo artist, you rely on your own. I’m so glad my creative team convinced me to record in a studio and not in my room,” shared Ebe, on the odyssey toward his newfound freedom. “I said goodbye to my band-mates six months prior to actual parting.”
Members from the media were privy to a listening session where chosen tracks from the album were played. ‘Isang Probinsyano sa Maynila’ is a song about fear; telling of the chaotic life in a big city. The ‘80s sound in the arrangement makes you actually reminisce over the good old days of discotheques and the swinging nightlife.
“I hail from Ilagan, Isabela, the place of my birth. But because my father was a bank officer with the DBP, our family lived all over the Ilocos Region and in Los Banos. I was 16 years old when I first set foot in Manila in the early ‘90s. It was quite a while before I got used to the life in a big city.”
‘Wag Kang Mag-alala,’ on the other hand, is a song written for non-conformists.
“After a hiatus, I started writing again old school and not for a large audience or venue like a stadium. I had to unlearn everything and started from scratch. I simply wrote and wrote some more whether or not it became part of the album.”
While his parents were opposed to him doing the band route years ago, his passion and dedication in pursuing his audiophile proclivities made them see that, indeed, singing is also a career path like any other.
“If things don’t work out for me as a solo performer, then at least I tried. That’s what my parents taught me. Being a solo artist actually makes one a better person.”
Ebe recorded the entire album within two months from pre- to post-production. In ‘Paalam Kahapon,’ everything that he wanted to say to family and friends that he can’t say out loud are all in this song. The acoustic version with the Dobro guitar strains is more soulful and heart-tugging.
Despite the expectations and stigma the public has on solo artists, Ebe forges on with his craft. When he was told his songs still bear unmistakable traces from his former group, he was quick in saying, “Sounding unlike yourself is like staying away from your shadow.”
‘Dalawang Mukha ng Pag-ibig’ from Warner Music Philippines has ten tracks each in the twin-CD recording. After its initial airplay, the carrier single ‘Muli’ has soared high on the OPM hitlist.
Ebe joins 12 other rock performers in recording a commemorative CD for the Tanduay Rhum Rockfest slated to be released on the same day of the Year 5 concert at the SM Mall of Asia concert grounds in mid-October.
Labels: artist entertainment music Pinoy sound rock ballads