After days of heavy rains, the sun peeked through the heavy cumulus clouds as Avon’s Kiss Goodbye to Breast Cancer (KGBC) ambassador Solenn Heussaff led advocates and supporters in the fun run at the Mall of Asia open grounds last Sunday morning, Oct. 13th.
This year, the company for women reached out to more supporters by harnessing the power of the digital platform. ”I didn’t realize until then that what I thought was a simple gesture of putting make up on the faces of survivors, with my friends, could create such an impact on these women. It inspired me to do more for the cause.
“My mother’s close friend died of breast cancer after a 10-year struggle. And I saw how she suffered, including the people around her. All of us can do anything to help in our own simple ways. If I’m capable of doing it, especially if it entails not much effort on my part, I’d gladly help. I’m part of the Wednesday Group at the PGH Breast Care Center, a support group for those with breast cancer and those who’ve survived the ordeal. Survivors are very simple in their thrust; they’re simply there to give support,” intimated Solenn.
Global cosmetics brand Avon has called on every Filipino to do something beautiful against mammary carcinoma. Its 2013 campaign underlines how even the smallest actions can leave a lasting impact on countless lives. The initiative has gathered a band of online advocates and supporters, led by Solenn, who engaged followers and social media communities to push awareness and involvement, declaring their support for the cause with the hashtag #DoSomethingBeautiful.
Little gestures collectively lead to bigger actions and awareness for an important concern as breast cancer; a disease that remains to be the No. 1 killer of Filipino women. That’s the premise of the Avon KGBC 2013 campaign. The idea behind it is simple enough – as it speaks of the Filipino’s innate trait of being matulungin (helpful), and doing something for someone because they are capable and willing to help another person in need.
“The KGBC campaign has a message that it wants to put across to every Filipino. And we feel that new platforms like social media are powerful communication channels that can provide significant assistance in accomplishing this. We want people to get personal with breast cancer. With this platform, you can show support and do something beautiful in your own way for the hundreds of Filipino women who need you on their team to fight this deadly disease. Every kind word, encouraging gesture, and meaningful action counts,” enthused Louie Migne, Avon’s communications director for Asia Pacific and the Philippines.
For the registration fee of P550 for the 5K event and P700 for the 10K event, participants received the Avon KGBC race kit which included a singlet, race number and a token. Proceeds from the said event will go to the Philippine General Hospital (PGH) Breast Care Center and selected provincial hospitals. KGBC has helped establish the Breast Care Center at the PGH Cancer Institute, as well as have a Mammography Unit installed and grant funding for the treatment of indigents since its launch in 2002. It has also established a regular support group for patients and survivors.
Avon celebrates 35 years of making lives more beautiful in the Philippines, strengthening its commitment to provide women with the best in beauty products, unparalleled earning opportunities, and to causes that safeguard the well-being of women, such as the KBBC and the Speak Out Against Domestic Violence. To learn more about Avon Philippines, simply log-on to their Web site, www.avon.com.ph.


Solenn can be seen in the television drama series Akin Pa Rin Ang Bukas, weeknights at 8:40 pm on the GMA-7 network. Movie-wise, she’ll appear next on the celluloid screen with Jake Cuenca and Paulo Avelino in Status: It’s Complicated that’s slated to start running in cinemas on Oct. 29th. 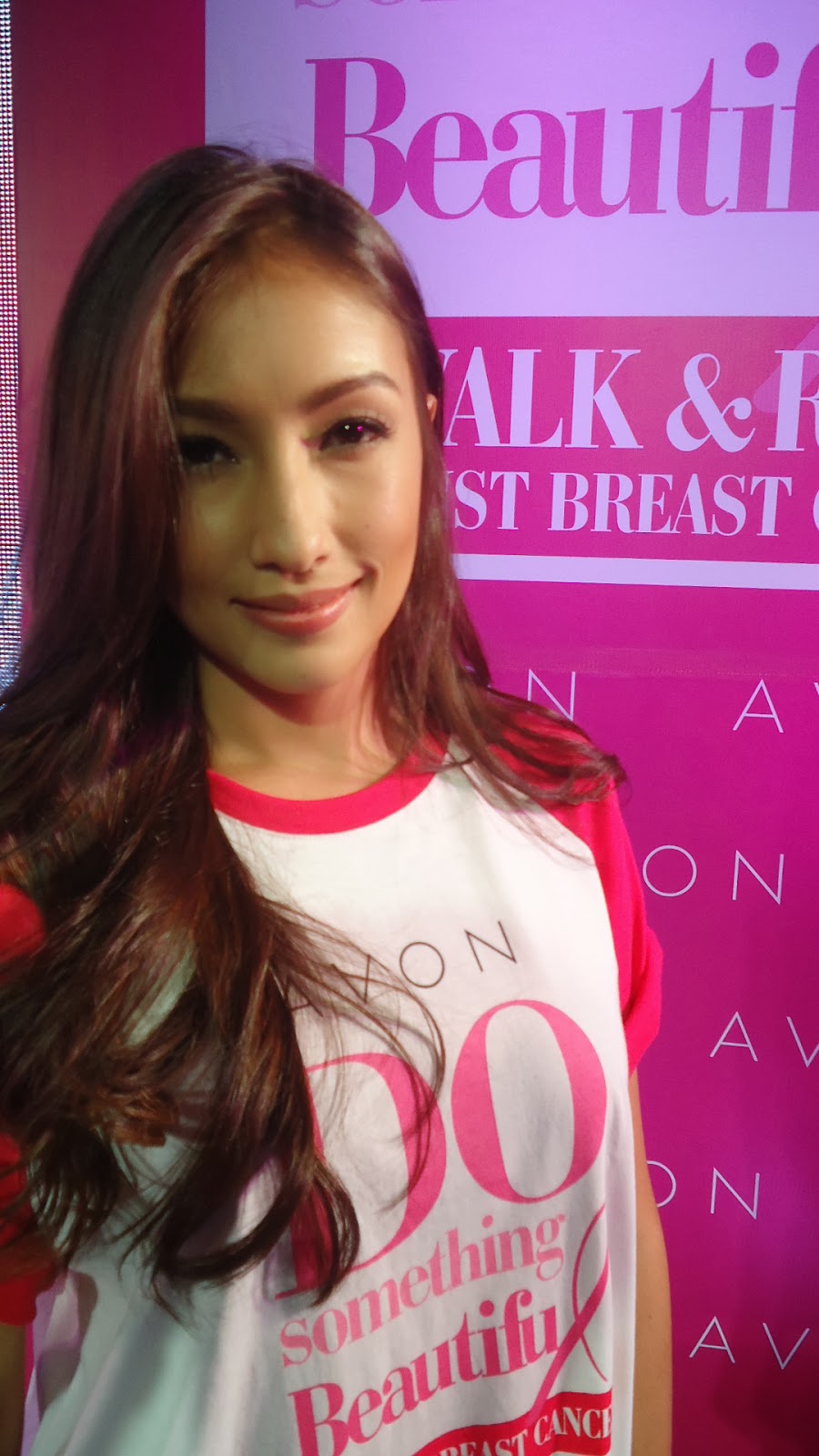 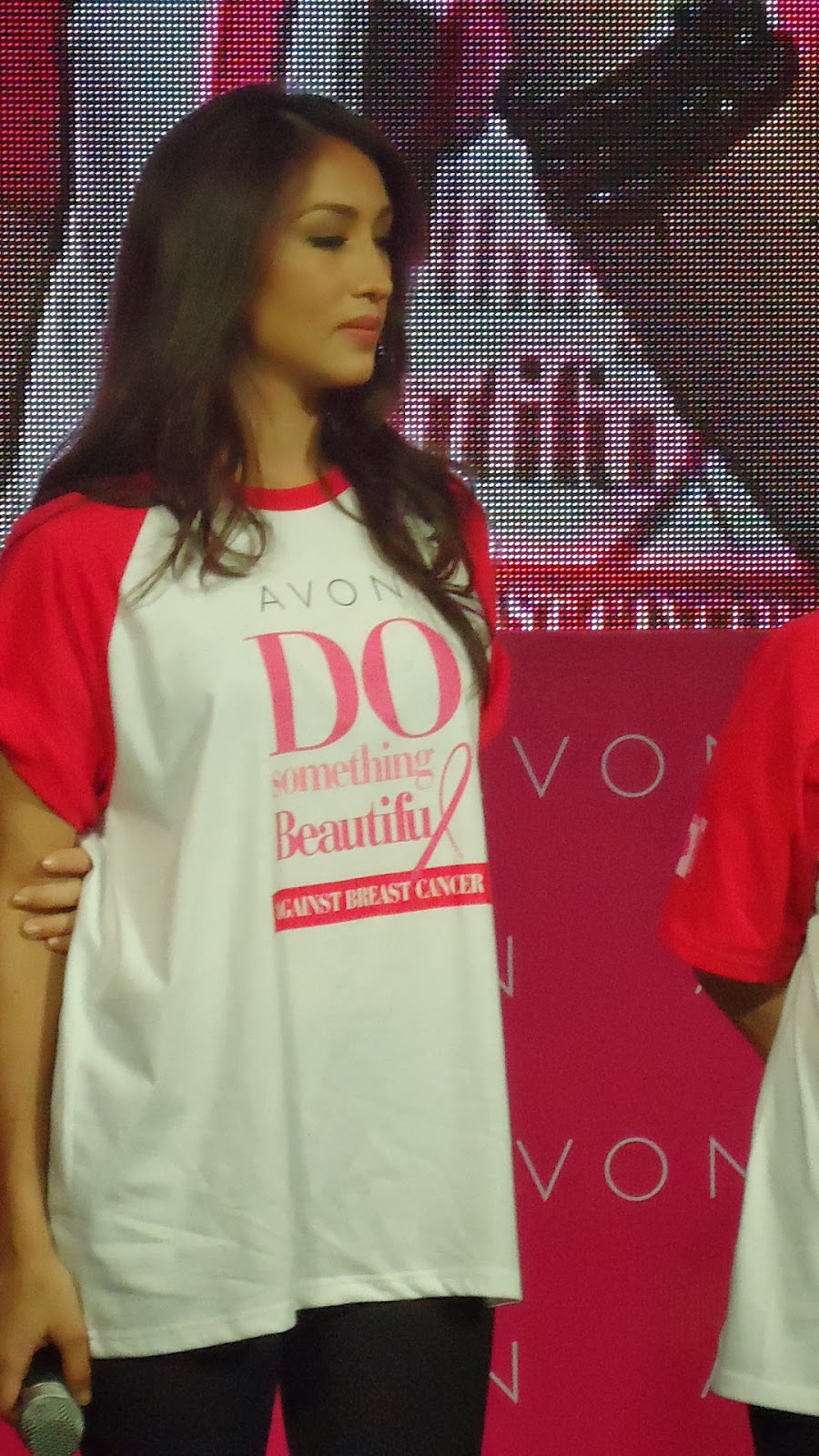 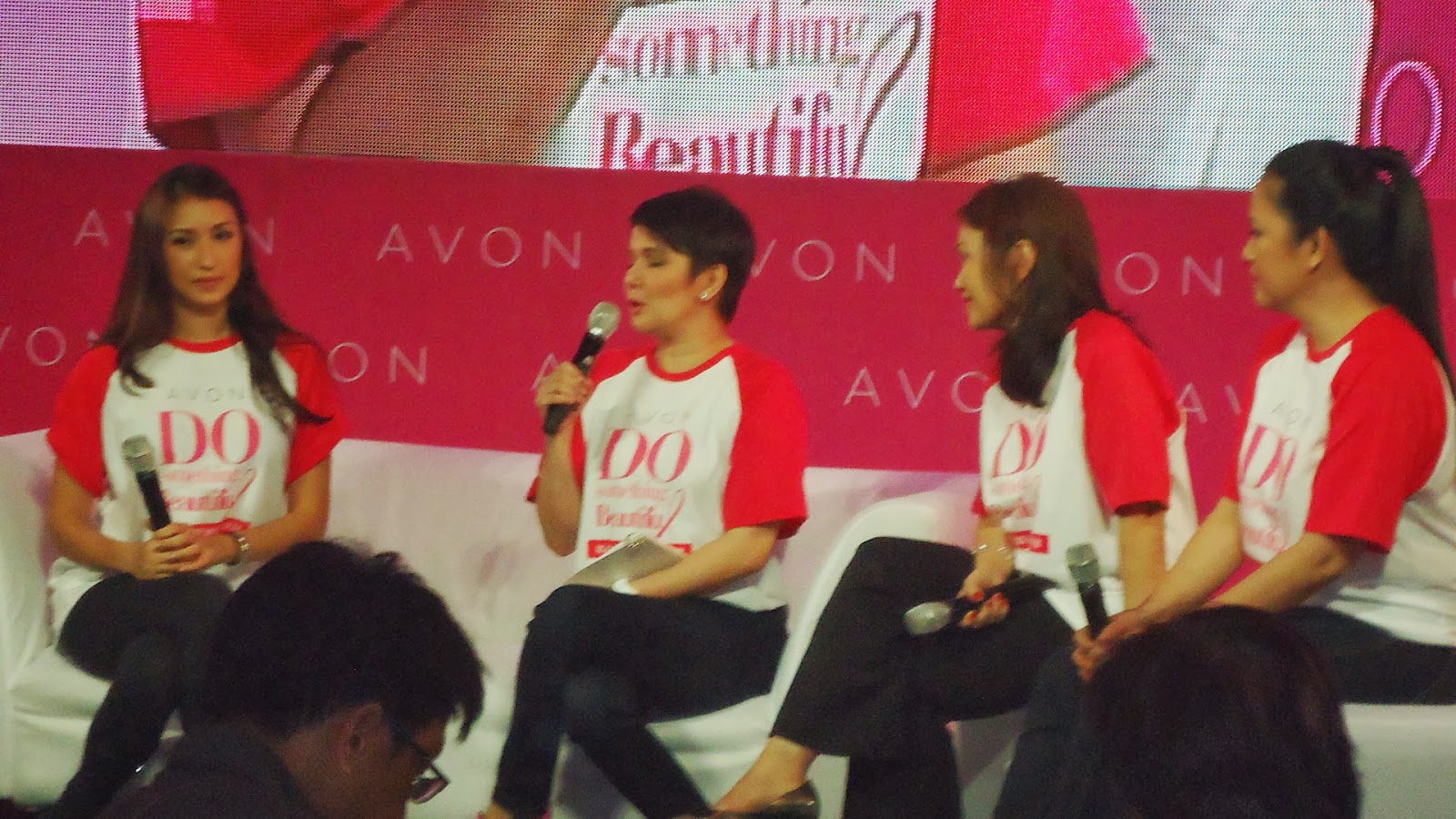 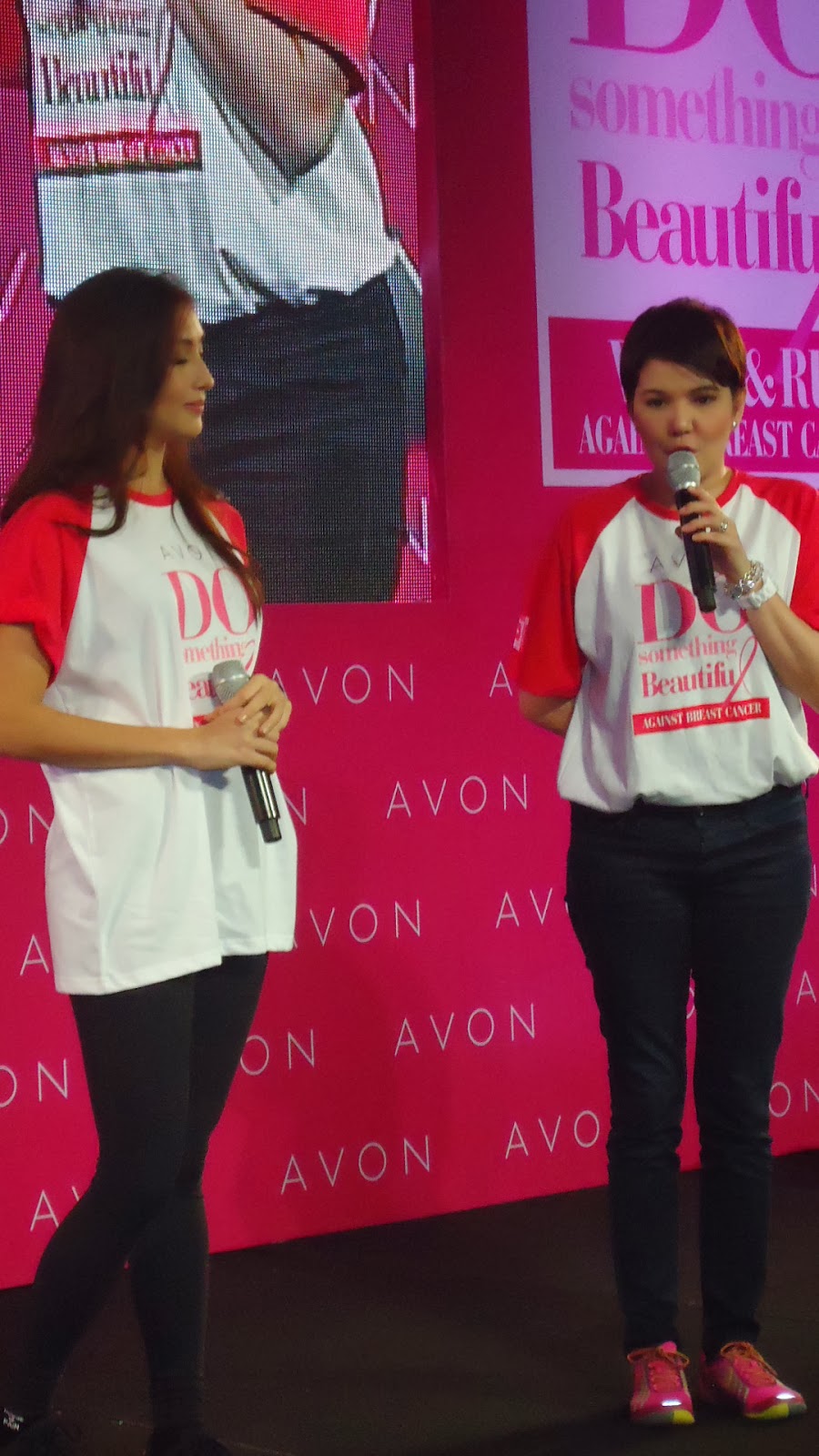 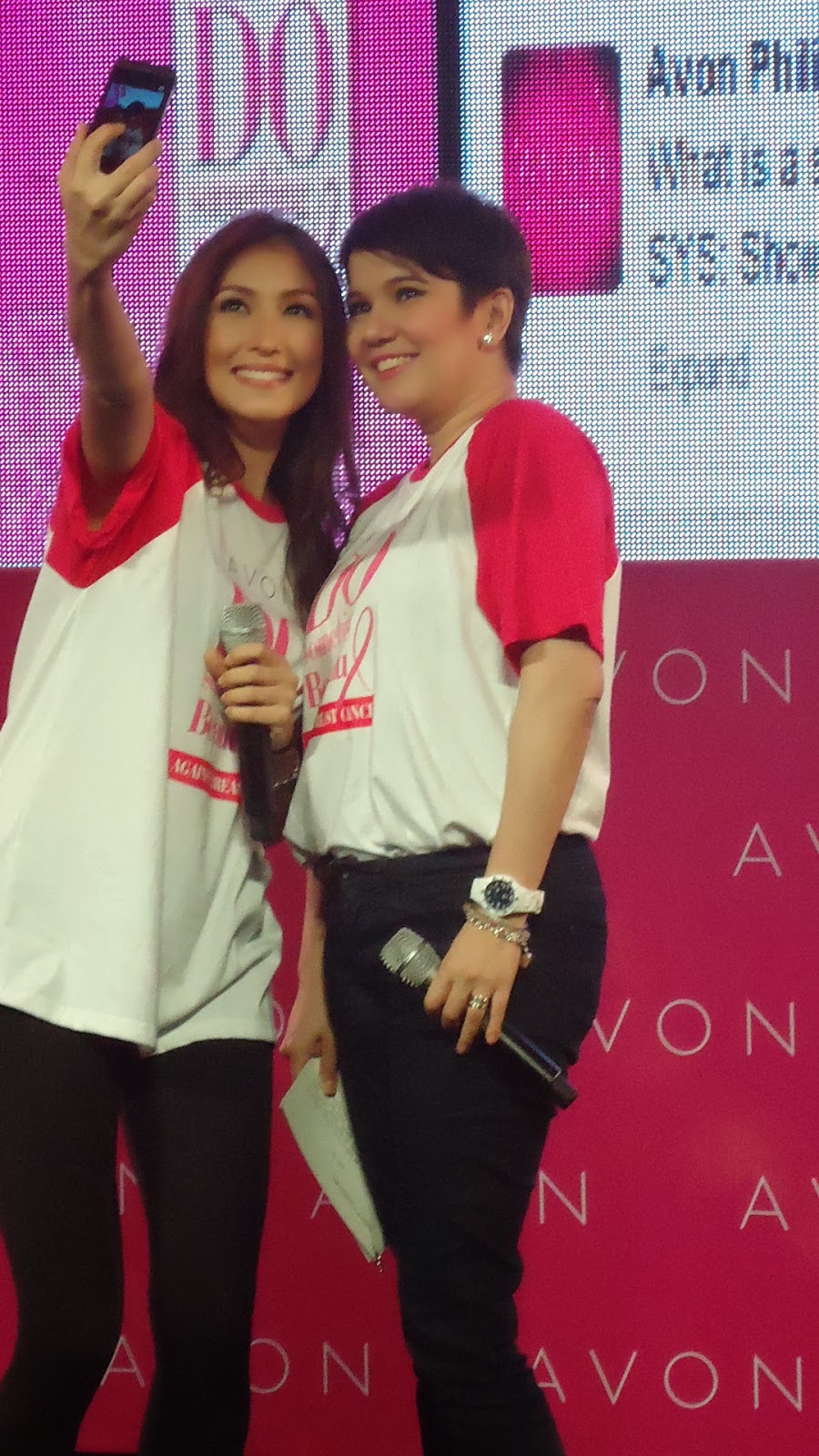 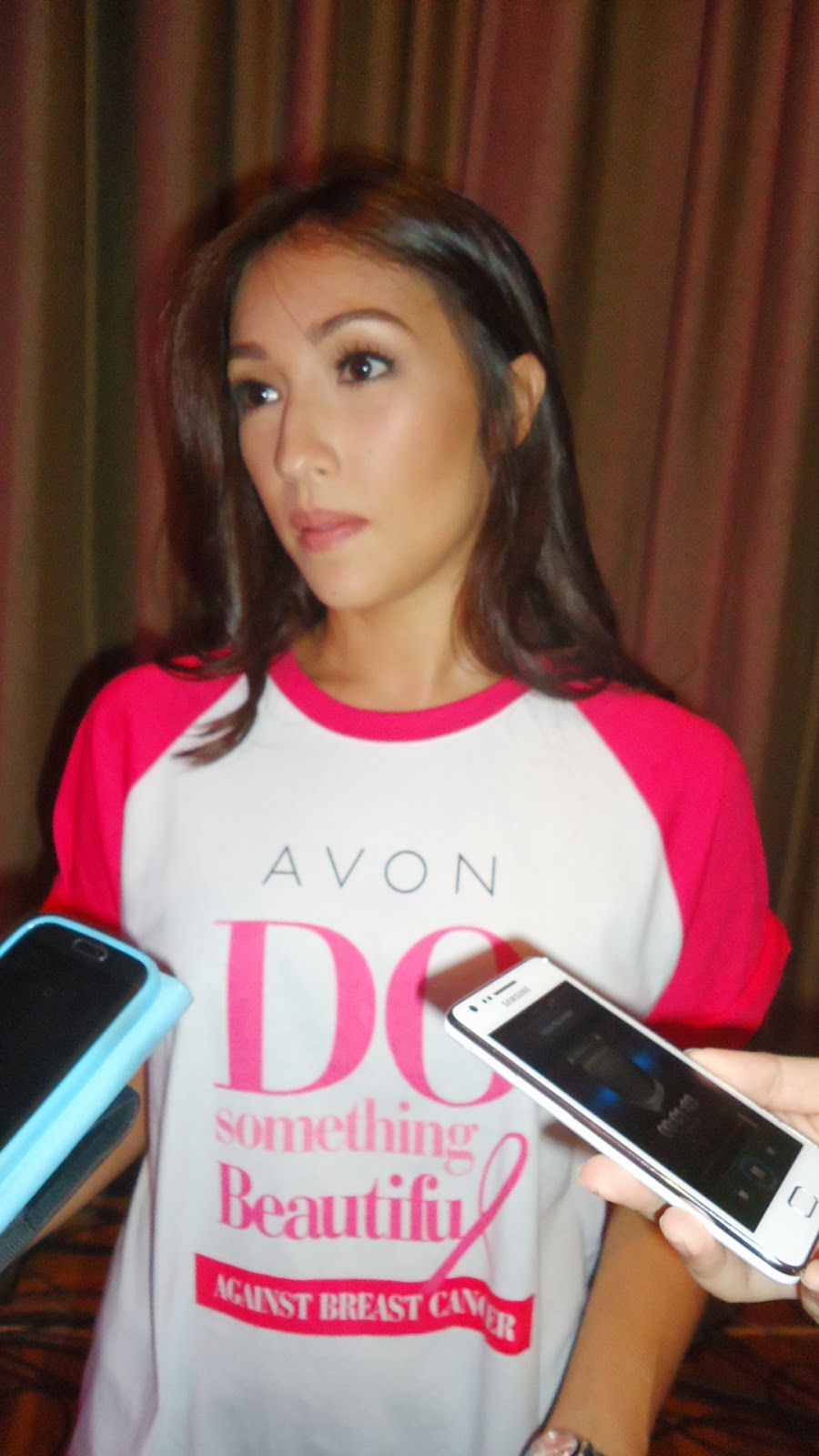 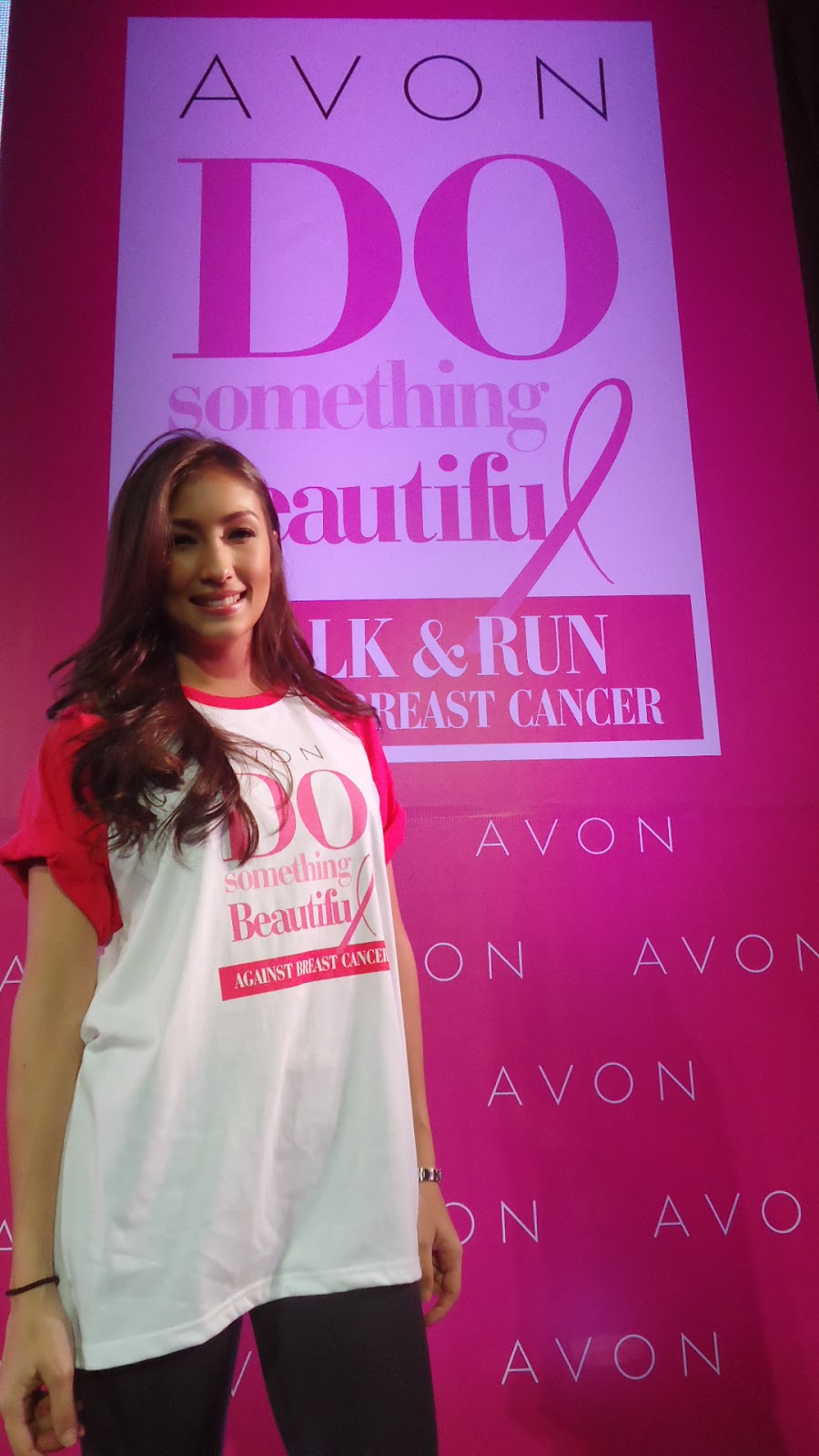