A mélange of movements
By NicoErleCiriaco

The country’s premiere dance company Ballet Philippines (BP) caps of its 44th season, showcasing the mastery of The Art of Dance, as it closes its successful season run themed IllumiNation. Slated for Valentine weekend, the curtain closer features an exceptional repertoire of breathtaking performances as well as debuting original pieces.
“Great dance can be inspiring. It shows art through variety, expression and interpretation. We have general patronage shows for matinee, Day, as well as those that bear a caveat for mature audiences, Night. My choreography on Recuerdos is a tribute to the great composer, National Artist Lucio San Pedro, on the occasion of his centennial from birth,” shared artistic director Paul Morales, during a sneak preview at the CCP Rehearsal Hall.
The Art of Dance takes on varied forms in a stunning display of technique, contrast and artistry; presented in two different time frames: Day (matinee shows at 3pm) and Night (evening galas at 8pm). Essentially taking into consideration each of the program’s target audiences, both shows highlight completely different, yet equally enthralling, experiences for its viewers.
Intended for audiences of all ages, the matinee show lineup includes Agnes Locsin’s neo-ethnic presentation Moslem, a new street-dance piece by company member Edana Labitoria, Paul Morales’ new choreography to National Artist Lucio San Pedro’s Recuerdos, Victor Ursabia’s re-staging of the classic pas-de-deux from the Black Swan, Alden Lugnasin’s modern feature Rurok, and the new contemporary production by company member Gillian Gequinto.
“My choreography is based on our spirit of bayanihan; something distinctly Filipino, especially in the aftermath of disasters. I see this as a very relevant piece. There will be seven performers in toto but the highlight would be on three dancers. Three creates a balance. A triangle makes perfect choreography in all angles. I want to choreograph modern pieces but dance classical works. My dream role is to portray Shakespeare’s Juliet for her ebullience of youth and freshness,” remarked Gequinto.
The gala shows, on the other hand, are directed specifically for more mature audiences. In here are Victor Ursabia’s re-staging of the classical ballet piece Paquita, Denisa Reyes’ modern production Muybridge 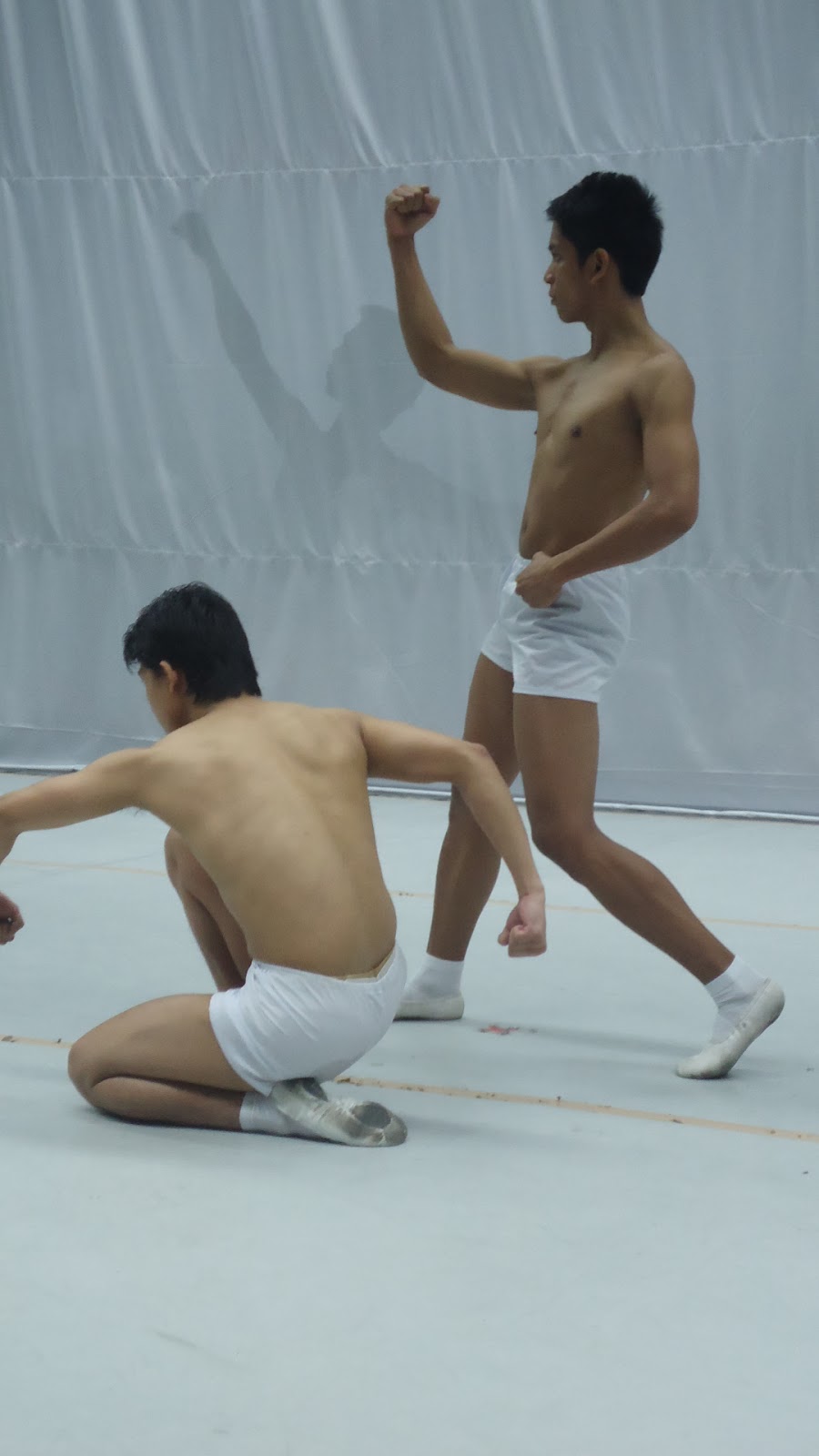 Frames, a neo-classical piece by Brando Miranda, and Ernest Mandap’s Zebra, a contemporary feature described by its author as ‘a representation of tolerance and unity.’ Mandap is a BP alumnus who has been based in France for over two decades now. The Euro flavor is quite distinct in Mandap’s approach to the material.

Denisa Reyes’ piece, Muybridge Frames, is one of BP’s signature pieces; having been performed her and abroad. Featuring an all-male septet, the dance beautifully brings life and movement to a photograph of boys in white shorts. That of Brando Miranda is a new work in three movements; showcasing fantastic flurries of turns and leaps.
With such a diverse mix of dance genres in BP’s season finale, there no questioning Southeast Asia’s longest-running professional dance company on its mastery and passion for the art of dance. Showing at the RCBC Theater on Feb. 14-16 and Feb. 22-23 for both matinee and gala shows, this season-ender presents a mixed selection of new and revived works from notable guest choreographers as they showcase BP’s acclaimed mastery of both classical and contemporary ballet.