A bigger and more diverse set of exhibitors coming from the travel, hospitality and entertainment industries, here and abroad, will comprise the exposition portfolio in the forthcoming TravelTourExpo 2014 (TTE) slated to open on Valentine’s Day at the SMX Convention Center in Pasay City.
With the theme ‘Love Life, Love Travel,’ the 21st edition of the annual TTE is by far the biggest in terms of exhibition area and with the most diverse line-up of participants since it was first mounted in 1994. This year’s expo will occupy Halls 1 to 4 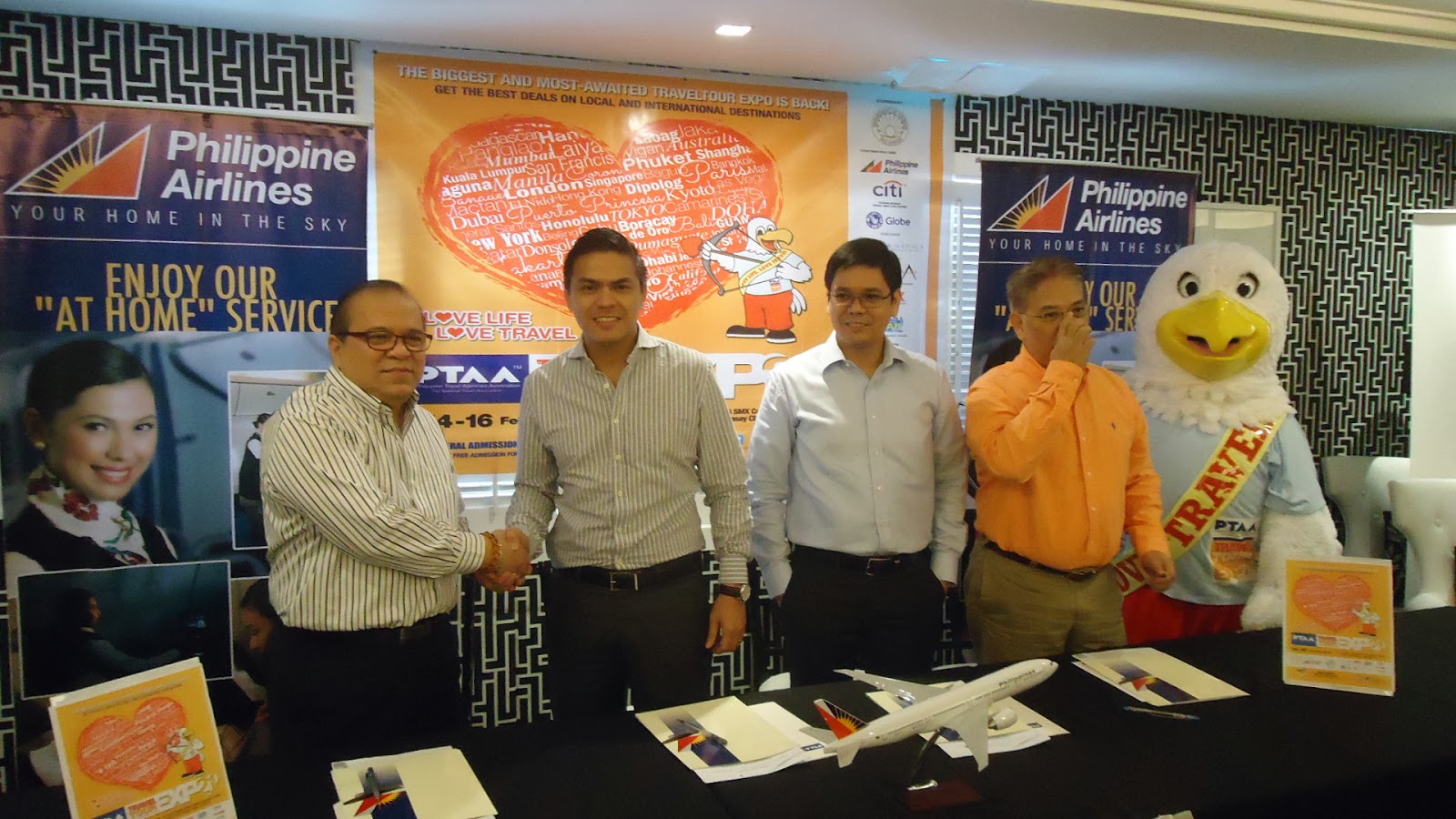 at the SMX ground level as well as Function Room 5 on the upper level.

Quite interestingly, the participation of foreign airlines did not only increase participation in terms of number but also in the sizes of their booths; largely encouraged by the overflowing crowd that thronged last year’s TTE.
“We call it grandiose, albeit in a smaller scale, as compared to the World Travel Mart in London, but more consumer-oriented. There will be 243 exhibitors, most of which belong to the organization’s 400 nationwide membership as well as allied members and non-members like hotels, resorts and airline companies,” apprized Marciano “Nit” Ragaza III, TTE 2014 executive director.
Travel enthusiasts and those planning on sojourning anywhere here or overseas will certainly have a wide array of options as well as flight/tour packages to choose from any of the participating 53 travel agencies and tour operators (inbound/outbound), 27 airlines, five cruise lines, 96 hotels & resorts, 14 embassies and travel organizations, 12 product suppliers, 6 theme parks and amusement arcades, 14 food & delicacies stores, four travel insurance companies, and four media partners.
“The Dept. of Tourism focuses on the entire archipelago this time. Three hundred square meters of floor space is utilized to create the Philippine Pavilion wherein all the regions will be represented. There will be tourism departments from other countries too. The entire expo area will cover 11,500 sq. m. of floor space. The annual TTE provides a marketplace for PTAA members and the airline businesses. This is one such place where you can buy the lowest fares and rates,” remarked Nit Ragaza, himself a seasoned travel tour operator. .
The Dept. of Tourism calendar is projecting revenues from domestic tourism alone to hit P1.4 trillion in 2014, higher by P110.6 billion of the expected earnings from domestic tourism in 2013, due in large part to a forecasted increase in the daily expenditures made by domestic travelers. The DoT estimates local tourists to reach 47.7 million this year, a remarkable increase from the 44.1 million mark from last year’s figures. The average length of a local tourist’s stay still remains at approximately five nights per visit
“The increasing number of local travelers may be attributed to the promotions and expositions being held the government and travel agencies, including the PTAA which has been organizing the annual TTE. We have been holding this expo since Feb. 1994 varying from inbound and outbound expos until the group decided to promote both in the latter years,” shared the TTE executive director, who also sits as PTAA’s secretary general in an OIC capacity.
Previous editions of the expo have seen an increasing presence of domestic tourism suppliers such as local airlines, tour operators, hotels and resorts from the various islands as well as provincial tourism councils that showcase the many destinations around the Philippines. Very affordable rates and unique packages all await those who seek to rediscover more of our 7,107 islands.
The PTAA is an organization borne in 1980 out of the union of national associations of outbound travel agencies and inbound tour operators. Founded to foster unity in the travel industry and to promote the welfare of its members and the traveling public, it is the vibrant force that plays an essential role in the national and international travel/tourism arena.
With more than 500 member agencies, it is the most prestigious association in the country, widely recognized by international airlines, hotel and resorts, insurance and cruise companies; working closely with government offices like the Dept. of Tourism (DoT), Dept. of Foreign Affairs (DFA), Bureau of Immigration (BI), the Ninoy Aquino International Airport Authority, the National Census & Statistics Office (NCSO), as well as the various embassies and consulates.
Sponsored jointly by the DoT, Philippine Airlines and Citibank, the TTE 2014 is a much-awaited event among individuals, groups, and companies wanting to avail of huge discounts on exciting travel destination packages from airlines, hotels, resorts, and cruise lines.
For a P50 regular entrance fee (including students and children) and P20 for senior citizens, the public can queue for the best deals and packages (flights and accommodations) from 10 in the morning ‘til 9 in the evening on Valentine weekend.
The expo’s target visitors are the travel/tourism trade practitioners, corporate and business travelers, holiday travelers, incentive and convention planners, government and business leaders, direct buyers and investors.