For its initial offering as the newest theater company in town, Sugid Productions, in collaboration with Bantayog ng mga Bayani Foundation, is all set to present the restaging of Chris Millado's "Buwan at Baril sa Eb Major" tomorrow night, Jan. 26th, at the 70-seater Ambassador Alfonso T. Yuchengco Auditorium of the Bantayog ng mga Bayani Center in Diliman, Quezon City.

Directed by Andoy Ranay, the politico-social commentary collects five vignettes of disparate characters whose lives , albeit seemingly separate, intersect at a crucial juncture in Philippine contemporary history during the height of the anti-dictatorship struggle that culminated in the Edsa revolution.

"Because of the similarities of events that took place some 30 years ago, we chose this material. We stuck to the original story, including the time frame. We simply added video footages to set the mood for forthcoming scenes. 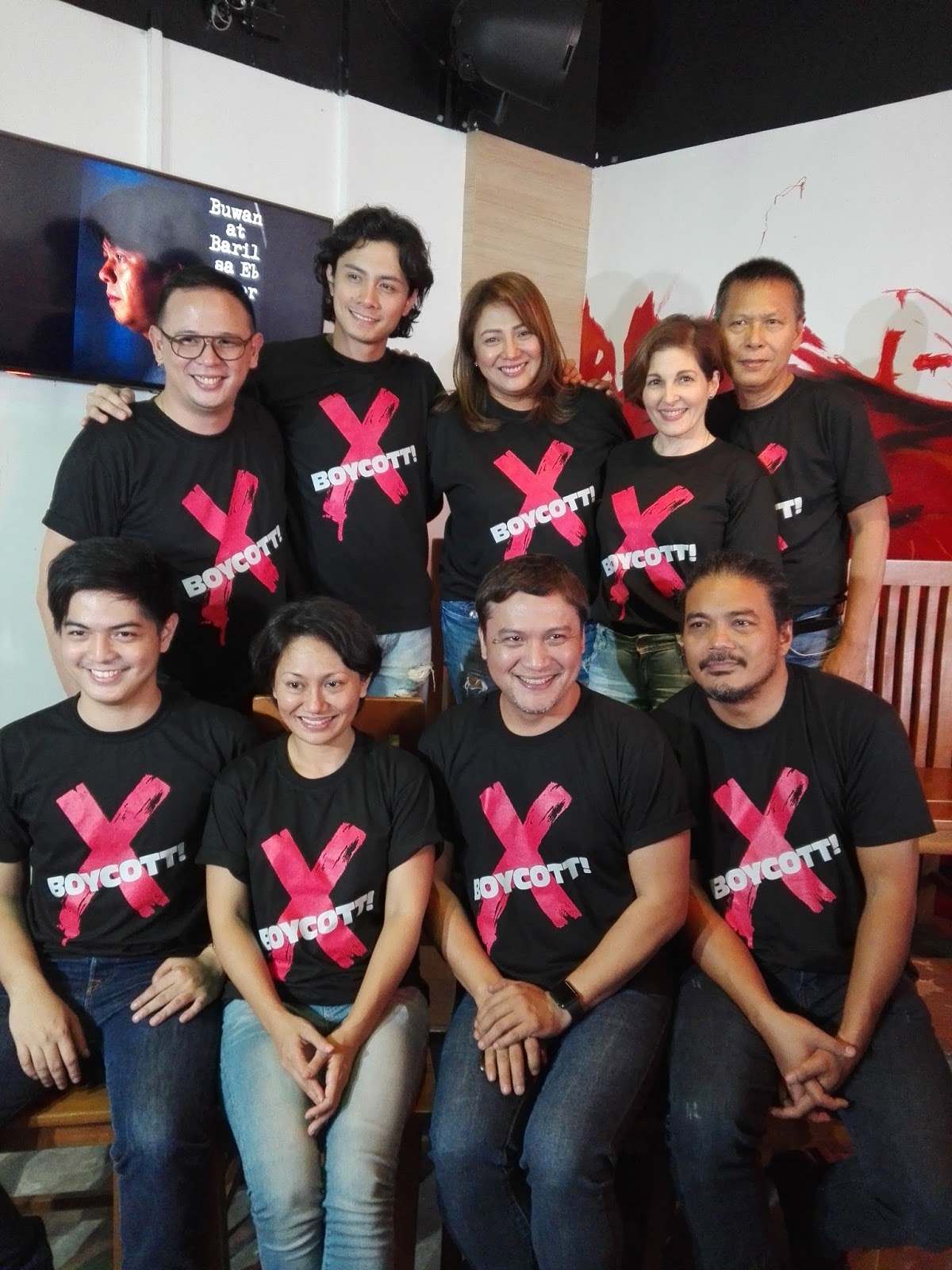 "The play will feature all-original music that will be played live. There will be no compromises. I'll tell the story straight as what I believe it to be. Before, extra-judicial killings (EJK) were on mistaken identities over persons suspected as NPA rebels, now it's all about drug-related deaths. There's a looming discussion on.Martial Law that has resurfaced fears that have long been dormant.

"Buwan at Baril was written for an intimate theater setup. There will be no lapel mics and no stage makeup for the performers," shared director Andoy Ranay.

The play was written by Chris Millado in 1985 and was originally directed and designed by Apo Chua, with the Philippine Educational Theater Assoiation (PETA), presenting it at the Rajah Sulayman Theater, Fort Santiago in historic Intramuros.

"When we casted the actors, through invitation, included in the process was their belief in the perspective of the story," intoned producer Gwyn Guanzon.

The five interrelated vignettes are Magsasaka at Manggagawa (with Crispin Pineda and Raymond Domingo), Ang Babaeng Itawis (with Angeli Bayani and JC Santos), Ang Socialite (with Jackie Lou Blanco), Ang Asawa (with Cherry Pie Picache and alternate Mayen Estanero), and Ang Interrogator (with Ross Pesigan and Paolo O'Hara). The last vignette was based on the author's personal experience after being rounded up with others along Quezon Avenue.

"I've never portrayed a role like this before. The play is a collection of perspectives from different types of people. The material for my part is quite lengthy as I will be delivering a monologue in twenty minutes. But this is such an opportunity to make people rethink from where they come from in life. As a mom of three, I'd do everything to protect my kids," confessed movie actress Jackie Lou Blanco.

"We've experienced all of these before. In fact, we have gained our new found freedom without bloodshed. Now, were are back to a time of violence. Let's not go back there. As artists, we can use our voices to inspire and make people think and realize what' s really happening around us," concurred multi-awarded actress Cherry Pie Picache.

"We want to affect the audience with our storytelling. We need to inform them of the truth because the school textbooks on History are not accurate," declared seasoned thespian Angeli Bayani at the close of an intimate luncheon confab.