Erik Matti's Seklusyon became one of the top-grossing entries - being the only horror-themed entry - of MMFF 2016. The film has also been getting positive reviews since it made its debut at the recent Macau International Film Festival. Last weekend, the movie's international release (Director's Cut) copy has been running in selected cinemas around the metro.

"We had a good audience in Macau and we are glad it resonated here. Everyone seems to be into TV work nowadays so we wanted to discover new talents and develop our own just like the old days," said movie producer Dondon Monteverde.

Hooq, Asia's largest video on-demand service, concluded the past year with a special Hooq Hangouts event, as co-presenter of the 42nd Metro Manila Film Festival, when it held the celebrity-studded premiere of Seklusyon days before its regular run in theaters throughout the country as part of the annual film festival.

"We started Hooq Hangouts a few months ago to provide a forum in showcasing the vast library of Hooq, particularly our local content that spans almost five decades. That is why we ended 2016 with an exclusive screening of Seklusyon, produced by Reality Entertainment, our partner in creating OTJ: The Series," shared Jane Cruz-Walker, Hooq Philippines country manager. "All the MMFF short film entries will be available on Hooq as well," she added. 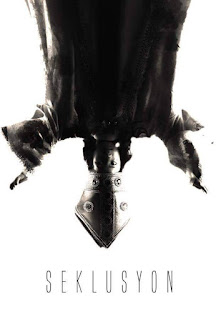 "Seklusyon is a period piece set in 1947. It is a primer on what OTJ: The Series and other works that we will bring to the Hooq library. We worked on the concept some three years ago prior to developing the script. It was meant to be an action-horror CGI type. After several revisions, we found the material we wanted.

"The story is based on a true account of a deacon who was told never to go out days before priesthood rites. We then played out the different scenarios of the seclusion," revealed director Erik Matti, who confessed to being an altar boy from Grade 5 through 1st Year in high school at the Colegio de San Agustin parish in Bacolod City. 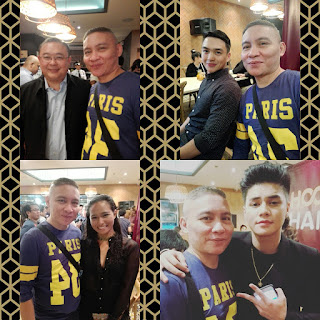 Hooq is home to the largest collection of Pinoy movies and TV series spanning almost fifty years, including close to a hundred winners and finalists of the annual MMFF such as Baler, Tanging Yaman, Mulawin The Movie, Muro Ami, and many more.

Its continued collaboration with the MMFF, major local studios, as well as a slew of independent filmmakers bring more winning entries onboard Hooq. MMFF entries from recent years, such as Regal Entertainment's Haunted Mansion, ABS-CBN's Pagpag: Siyam na Buhay, and Girl, Boy, Bakla, Tomboy were also made available on Hooq.

Hooq, a start-up venture between Singtel, Sony Pictures Television, and Warner Bros., is an award-winning service that empowers consumers with unlimited online streaming access and a 72-hour offline viewing option to downloaded top Hollywood and Filipino movies and television content, on any device including computers, smartphones, tablets, smart TVs via Google Chromecast, and now on Airplay and mobile Web.