'Tis the season for young love
By Earl D.C. Bracamonte

Starting April 29, and eleven Saturday nights thereafter, TV5's Wattpad Presents returns with more kilig feels than the earlier episodes it has featured on the boobtube.

"Wattpad is an internationally-distributed global brand. And TV5 is the first network to do a series based on the love books. We are doing alternative programs not done by the other TV networks. We are building our weekend viewer base so we are zeroing in on untapped markets, such as the millennials. All of TV5's shows are simulcast on mobile devices through the TV5 app/portal.

"We are still on our 'Happy' programming mode but we are also strong on our sports program and we have become selective in our entertainment offerings like our Tagalized Hollywood movies," shared head of content and programming Mell Yazon-Tolentino. 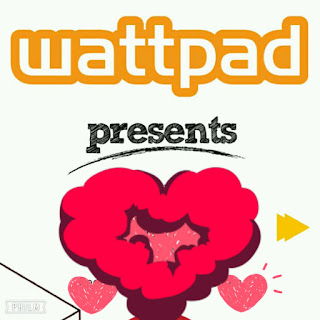 Romantic, sweet, dreamy love tales are some of the major flicks that TV audiences enjoy. It may be because of its heart-tugging twists, unforgettable theme song(s), true-to-life repartee, or simply because of its power to make those in love experience that electrifying feeling, best known as kilig.

TV5 has always been crafting different sets of entertaining television programs based on its audience's interest. There are seat-grabbing action series, enjoyable animated shows, as well as amusing Tagalized Hollywood movies or series.

As Wattpad Presents returns to your television screens for an entire season, be prepared for an all new exciting set of stories that everyone, especially the millennial set, can surely relate to. May it be falling in love with a best friend (Unlucky I'm in Love with my Bestfriend), a love story with a dark twist (Special Section), or just unable to let go (Just the Benefits) - you name it and Wattpad Presents will surely have it.

"We will be showing Wattpad Presents, initially, for twelve weeks; with one special story per episode. We will be offering only Wattpad stories written by Filipino writers for that extra 'kurot' in the treatment of the subject matter. Wattpad love stories are available in both print and digital forms.

"Also, we make sure that we don't screen more than a single series together; it's always one at a time. When TV5 started on air, we had a very strong male presence at 80 per cent. Now, we have a significant female audience (35-40%) complementing our male viewers (60-65%)," informed FVP Yazon-Tolentino.

To ensure that every scene is created with the highest production values, episodes will be helmed by production houses known for quality films and commercials like Unitel and Firestarter, to name a few. The comeback of Wattpad Presents will also feature popular titles and authors from varied love stories such as the rom-com, romance with a bit of action, or even romantic horror stories.

Like a tale straight from a Glen Frey song, the series kicks off with Blue Maiden's "Destined," the Wattys 2015 winner that has been read 22.4 million times. The episode involves a love triangle which will leave the predicament of who to choose: the one you love or the one who loves you. The pilot episode, which promises to give everyone kilig moments, star former theater actress Sarah Carlos as Kayla; Ben Isaac, who's dubbed as one of Chalk Magazine's hottest male celebs, as Kean; indie actress Kate Alejandrino as Krystal; and Candy Cutie Raphael Robes as Dwayne.