Child wonder Sebastian Benedict Granfon, aka Bae-by Baste, and cool mom Sheila are the new endorsers of the NeuBake super slice loaf bread. As Gardenia introduces the newest sandwich bread, it's no surprise that the mother-and-son tandem has been tapped to be the brand's ambassadors with its latest TVC. 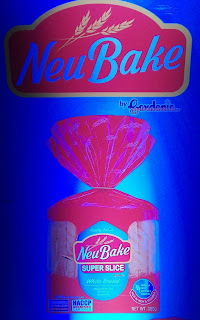 "Five years ago, the label has been out in the market albeit in the vertical form. Last February, NeuBake was introduced to the market in its new horizontal form. Gardenia is a pioneer in many ways.

"NeuBake gives consumers a new alternative, especially moms who are on the lookout for savings. Research shows that two out of ten customers still prefer the white bread to the wheaten variety," shared marketing manager Thea Tan. 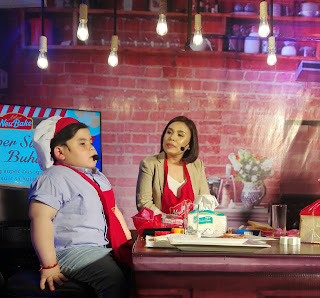 Baste has become a part of our everyday lunchtime habit as he helps enliven the TV show Eat Bulaga with the Dabarkads. He is a bright, precocious young boy who never fails to liven up our afternoons with his charm, wit, and natural flair for comedy.

Ever since Baste's aunt posted his Dubsmash videos on Youtube, everyone fell in love with this charmer from General Santos City. After his online debut, he made his appearance in the longest-running noontime show on the Rainbow network, where he was called Bae-by Baste. Now, he acts, sings, and makes people laugh; aside from being touted as one of the country's brightest child stars. 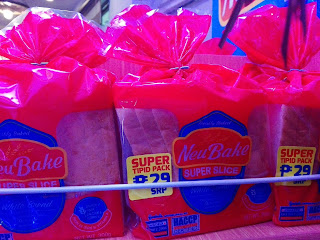 Like Bae-by Baste, NeuBake is also super in many ways. First, it comes in a super slice and is bigger than most white breads in the market, making it perfect for Baste's big appetite. According to his mom Sheila, Baste loves to eat sandwiches. And with NeuBake, she can make bigger sandwiches that can easily make his son full and satisfied even with just one sandwich pair. 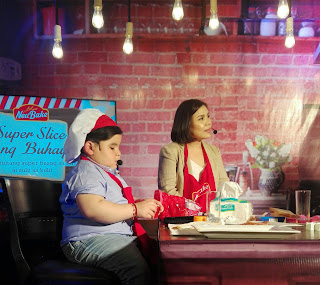 NeuBake is available in leading supermarkets and convenience stores nationwide. Like Bae-by Baste, discover why NeuBake is the new super choice when it comes to loaf breads. If Bae-by Baste loves it, so will you!
Labels: #NeuBakeSuperSlice baeby baste dabarkads eat bulaga gardenia loaf neubake sandwich super slice white bread