Filipino film director Erik Matti joins Hooq's panel of judges on the search to find up-and-coming Asian filmmakers and turn their ideas into reality by investing, first, in a pilot episode, and then win the contract to a complete original series. 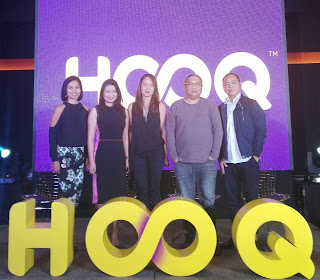 The largest video-on-demand (VOD) service in Southeast Asia announced their third juror to the judging panel of the Hooq Filmmakers Guild. Representing the Philippines on the judging panel is the renowned director of the On The Job movie and TV series, who will lend his hand in the selection process on this Southeast Asia-wide project that aims in turning the most imaginative series ideas of filmmakers into motion pictures for the boobtube; thus celebrating Asia, the continent from which great television tales originate.

"Filmmakers, in general, refer to artists who make films and videos, for cinema and/or television. In this instance, we are looking for a filmmaker who will be making a TV series. Six judges, with more universal viewpoints, will do a nice deliberation on the submitted entries based on originality, creativity, and relevance of work to the market," said Allison Chew, regional head for brand and communications.

Matti is the third judge announced in the region that will help the selection process of the five pilot episodes to be produced by Hooq, and the full series to the winning story thereafter. The other two judges previously announced were from Indonesia: Mourly Surya, a critically-acclaimed director who recently screened at the Director's Fortnight in Cannes; and Nicholas Saputra, an award-winning actor and documentary producer.

"From the submitted entries, we, the jury members from across Southeast Asia, will be doing a short list of five finalists. We will choose which ones are the best to produce. Plus the workshop and other things that go about to polish everything.

"After making films again in 2011, my main goal in doing movies in the Philippines is for the local market's consumption but with a big potential for the global market. We're moving online because we are not getting much in other formats like TV or film, being confined to stories that fit to the R-13 and R-16 classifications. Yet more stories had to be brought out on television and cinema beyond these restrictions.

"By going online, you can push the boundaries of your story-telling. And though most of the new works may be inspirations from previous materials, the personal voice of the one making the project will bring a fresh take to the story," shared Matti.

Hooq calls on film professionals - may they be directors, producers, and/or screenwriters - to send in scripts and sequence treatments for a TV series idea they might have. From the submissions, the five best scripts, regionally, will be given a fund to be used in creating a pilot episode that will debut on Hooq. Submissions can be from Singapore, Thailand, Indonesia, India, Vietnam, Malaysia, Cambodia, and the Philippines. The best of these five pilot episodes, as decided by Hooq subscribers and a star-studded judging panel consisting of the top film talents around Asia as well as Hollywood, will be converted into a full series that will be produced and aired on Hooq.

"The top five entries will each receive a $30,000 grant; giving each filmmaker the capability to produce a pilot episode. All five pilots will compete for the grand prize of having his/her story aired for an entire season. Hooq has always gone for edgy and risque plots but which are sensitive to cultural differences," enthused Jeff Remegio, head for content in the Philippines.

The search for the Hooq Filmmaker Guild's grant began last June 5th and will be open for entries until August 15th.

Applicants must be either in film school or working as professionals in the film industry with prior film production credits. They are to submit the script and sequence treatments for a mini-series or a full series with a maximum of 13 episodes for a single season in order to qualify. There will!l be no restriction as regards genre. However, submissions and productions must be in the language of the applicant's country (and subtitled in English).

The winning entry will be part of Hooq's new original productions that include Critical Eleven and Sweet 20 which hit cinemas last month, while Marlina the Murderer in Four Acts and OTJ 2 are scheduled to come out later this year.