Nominations for the 2018 Australian Alumni Excellence Awards (AAEA) are now open. The awards recognize and celebrate the achievements of outstanding Australian-educated Filipinos in their chosen field, industry, or community. Thousands of Filipinos have completed undergraduate and post-graduate programs in Australia since the 1950s, and the AAEA sets out to acknowledge their successes. 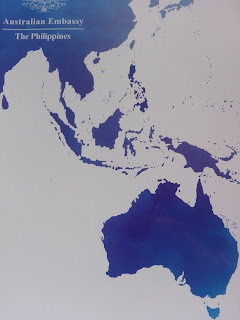 "The awards showcase the diverse individual achievements of Australian-educated Filipinos. They are current and future leaders, influencers, and change-makers. Alumni make a crucial contribution to the strong bonds of friendship between Australia and the Philippines," said Australian Ambassador to the Philippines, H. E. Amanda Gorely.

First, the Alumni of the Year distinction demonstrates visionary leadership and best practice at a local or international level.

Next, the Excellence in Innovation Award recipient demonstrates innovation in his/her field or industry. This can include creation of a successful enterprise or project, creative new ideas, designs or products for industry or government, or innovative research findings.

Dr. Roy Ponce, vice- president of Research and Extension at the Davao Oriental State College of Science and Technology, received the 2017 Excellence in Innovation Award for his after-school care project for children in underprivileged communities. He earned his PhD in Education from the University of Melbourne.

And finally, the Young Achiever's Award citation demonstrates excellent achievements and/or contribution in his/her chosen field that shows initiative and innovation and is 35 years old or below at the time of nomination.

Mr. Milton Medina, director of Qualitative Studies and Biodiversity Research at Mindanao University, received the 2017 Young Achiever's Award for his work on science education materials using flora and fauna endemic to the Philippines. He received his Master in Science degree from Curtis University.

Outstanding Filipino graduates of Australian universities will be honored at the 2018 Australian Alumni Awards Night in May that will be hosted by the Australian Ambassador to the Philippines, H. E. Amanda Gorely.