Ginugunita Kita, a performance art of Maningning Miclat's poems set to the music of Jessie Lucas, unfolded at the historic, newly refurbished FEU Auditorium in downtown Manila. The beautifully preserved venue, designed by National Artist for Architecture Pablo Antonio in 1949, has still retained much of its symmetry, shapes, and subtlety.

"Ginugunita Kita, the performance art, is all about poetry and the creation of emotive response - from the poetry of the life of the poet, to the poetry of interpreting the poems of someone you love, and the poetry of putting the right music to amplify the auditory experience of powerful images embedded in a poem," shared director Roeder Camañag. 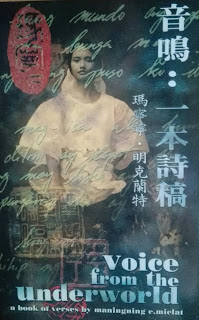 According to the composer, Jesse Lucas, inspiration came early to him after reading the late Maningning Miclat's 'Voice from the Underworld' anthology. "The poems are almost melodious that I can hear the music through the poetic images. They spoke and, at the same time, sang to me poignant thoughts about life, pain, and love. The experience in writing the music was really meditative and cathartic at the same time. It felt like I have discovered a new language - a language that speaks directly to the soul. These were the foundation of the show's music." 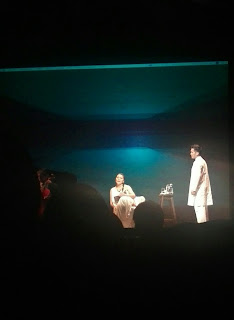 The eleven poems were eloquently sang and spoken by Maningning's younger sibling, Banaue Miclat-Janssen. These were Ginugunita Kita, Tawag, Anino, Kulay sa Bagyo, Ang Naliligaw, Shi Bu Shi (a Chinese poem), A Stare, Verse #2, To Catch a Second, Turn it to Forever, and Panibugho (a duet of Jose Rizal and Josephine Bracken) that she performed with Al Gatmaitan.

Banaue sings the opera, acts and dances on stage. As a young professor of theater arts at UP Diliman's Department of Speech and Theater Arts, she hones young artists. She obtained her Master of Fine Arts degree from Brooklyn College of the City University of New York and her Bachelor of Arts diploma from UP Diliman. In New York, she attended voice lessons from Evelyn Mandac, Robert Carpenter, and CUNY's Judylee Vivier. She had a stint at the Metropolitan Opera in such productions as Salome, Faust, La Boheme, Don Carlo, I Puritana, and La Traviata. She has also performed at the CCP, UP Abelardo Hall, UP Theater, and the Ateneo de Manila University. Currently, she is the artistic director of Dulaang UP and the executive director of the Maningning Miclat Art Foundation. 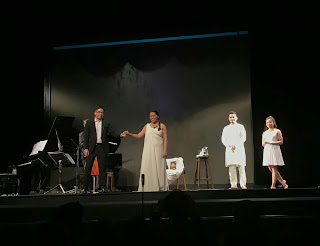 Ginugunita Kita had its gala world premiere at the Aldaba Hall of the UP Theater in May 2015. It was also performed at the CCP Tanghalang Aurelio Tolentino in Sept. 2015 to coincide with the 7th Biennial Poetry Awards of the Maningning Miclat Art Foundation. 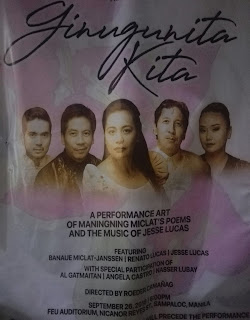