Celebrating the fall of the Berlin Wall
By Earl D.C. Bracamonte, J.D. 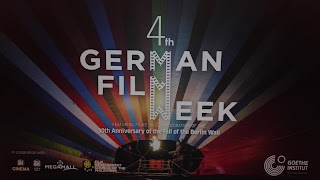 The end of World War II was marked by Germany's surrender in May 1945 and was occupied by the four allied powers: the then Soviet Union, USA, Great Britain, and France. At the Potsdam conference, a couple of months later, it became clear that all of the four leaders were following different interests.

German ground was consequently separated into four occupational zones that soon developed into two main blocs. The Cold War had divided Germany into the Western Allies in the west and Soviets in the East, that eventually created two states on German ground in 1949 - the FRG, often known as West Germany, and the GDR, known as East Germany.

Since the night of August 13, 1961, the Eastern bloc (GDR) reinforced the sector border with barbed wire fences and a 161-km stone wall. In the following days and months, the Wall was built to separate Berlin, as well as the two blocks. With this construction, people lost their freedom to move from one side to the other; forcefully separating neighbors, friends, and families.

From the very first day it was built, the wall became a symbol of terror, separation, and the Cold War that endured in Europe. But 28 years later, on the 9th of November 1989, it was announced that the border was finally opened again. Huge crowds crossed and climbed unto the wall that day and were joined by West Germans, celebrating altogether the fall of the Berlin Wall. Germany was officially reunited in 1990, and the anniversary of the celebration of the reunification is commemorated each year on the 3rd of October. (That's probably how Oktoberfest started)

Even until today, 30 years after most of the walls have disappeared, the presence can still be felt in German society. The physical traces of the Wall, on the contrary, have been almost entirely wiped out. Only a 1.5-kilometer long stretch remain standing in Berlin. This year specifically marks exactly three decades since the fall; giving us the opportunity to ruminate exceptionally on an historic event that shaped Germany not only as a nation, but also as a culture and people.

The Goethe Institute Philippines participates in the anniversary and commemorate the historical event by featuring a series of films set in those years of transition at the 4th German Film Week, a showcase of the latest and and the hottest to come out of German cinema market in the past two years. Now on its fourth edition, the festival features a roster of twelve full-length feature films that offer cineastes a chance to delve into the rich variety of Deutsch works.

To commemorate the 30th anniversary of the fall of the Berlin Wall, six of the films focus on the ramifications of the historical event. "This year's program features twelve movies of German cinema that reach from classic themes of love, friendship, and family, to the important and still contemporary theme of the division of Germany after World War II. The movie selection this year offers titles for young and old, for romantics and action fans, and for dreamers and realists, as well. It combines easy to watch movies with those that will make you think while giving audiences an insight into German art, culture, and history. We hope that it will spark curiosity and interest in German culture amongst the Filipino audience," apprised Goethe Institute director Dr. Ulrich Nowak.

The festival opened with Michael Bully Herbig's 2018 movie "Balloon," an enthralling drama, full of taut moments, about two families and their plan to escape from East Germany to the West using a homemade hot air balloon. Coming out last year, this movie is presented to commemorate the 30th anniversary of the fall of the Berlin Wall.


"Balloon," as well as five other films, offers insights into life between East and West Germany, during the division, from different perspectives. In 1981, a Disney film, by Delbert Mann, released "Night Crossing," about a real-life escape from East Germany by two families in a gas-filled balloon. While shown decades apart, the two films presented a very similar plot line.
Although about 5,000 people successfully crossed the border, fatalities in the Berlin Wall involved 140 people and 270 others within the inner German border.

A curated selection of films will also be screened in the cities of Baguio, Cebu, and Cagayan de Oro after its weeklong stint in Manila. The 4th German Film Week will run until November 12 at SM City Manila and SM Megamall, with screenings at 7pm and 9:30pm. For more information, simply log-on to goethe_de/germanfilmweekph.
Labels: anniversary berlin wall fdcp film festival german cinema goethe institute sm megamall