"This co-produced film had its world premiere at the Toronto Int'l Film Festival. Hooq supports young filmmakers in the Philippines and in all other territories where Hooq is marketed. This movie follows the unexpected dalliance of a teacher and her student," enthused Hooq country manager Sheila Paul. 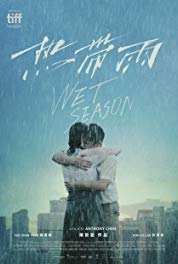 Wet Season is set in the monsoon season of Singapore and the city is drenched in downpour. It follows the plight of Ling, a Chinese language teacher, whose marriage and school life are falling apart as she is unable to bear a child; despite several tries. However, an unlikely friendship with a student helps her reaffirm her identity as a woman.

"We would like to thank Hooq for the Southeast Asian premiere of this movie. This last screening is the end product of a year's work.

"As a reminder, December 1, 2019 is the deadline for the festival's 8th year in 2020.
Winning entries will all serve as inspirations to all future filmmakers who want to venture into the movies," intimated festival director Ed Lejano, during the brief closing program.


"With over 70 titles in its ten-day run, QCinema has truly outdone itself. The festival has served as springboard for talented filmmakers. It has also shown that audiences clamor for quality independent cinema. QCinema is the perfect platform for regional cinema across communities nationwide.

"FDCP continues to present RainbowQC to highlight the new voices in cinema. QCinema is positioning Quezon City as the film capital of the Philippines. Filmmakers should take advantage of government institution's program for co-production opportunities with foreign stakeholders," apprised FDCP chair Liza Diño-Seguerra. 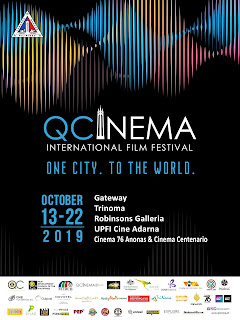 Interested filmmakers who wish to submit their screenplays for consideration are advised to visit the festival's Web site, www.qcinema.ph, for other information and guidelines.