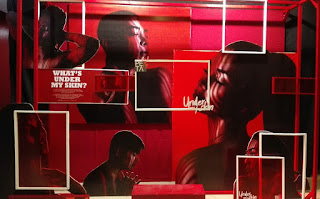 Under My Skin, a collection of real stories of people living with HIV (PLHIV) that's lumped up into a cohesive play, aptly closes PETA's Stage of the Nation season. 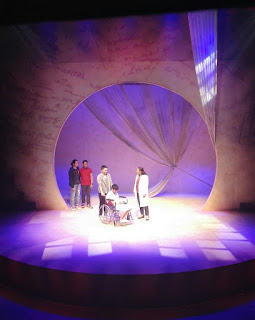 Inspired by real people and events, the play accurately depicts the realities, triumphs, and struggles of PLHIVs, while navigating an important conversation about acceptance and tolerance. The play aims to reexamine the issue of HIV/AIDS, as the numbers of recorded cases rapidly increase every day.


"I want to use my position, wherever I am now, to influence and advocate for certain issues. I am learning a lot and I really like the learning process. It's very timely because we should all give a part of ourselves to make people aware. 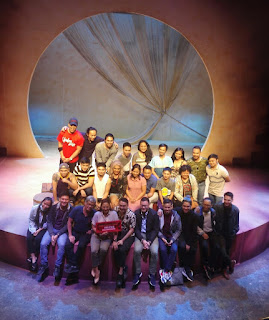 "My character, Dr. Gemma Almonte, is very objective like most doctors are. But inside, she's very involved. My first surprise was knowing that having HIV is not a death sentence. My advocacy doesn't end here, it continues," intoned lead actress Cherry Pie Picache. 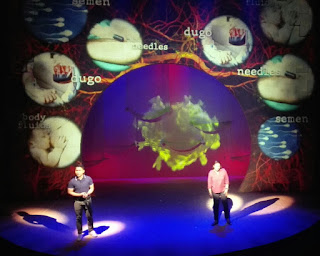 After a few weeks from opening night, the cast and staff of the play are hopeful in contributing positive change and action to combat the HIV/AIDS crisis. According to Roselyn Perez, who alternates as Dr. Gemma Almonte, "audiences can look forward to a good mix of education and entertainment. Information through art is always interesting compared to just a lecture. Under My Skin will be able to give a dramatization of what is actually going on in the country, in terms of the HIV crisis." 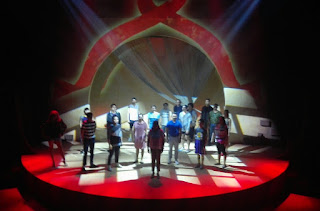 Under My Skin is the front liner event of the 'Acting on HIV' creative campaign. Theater and the arts can educate and touch hearts and even save lives by becoming a beacon for the PLHIVs who may not know yet what to do or who to speak with. This creative initiative contributes to the cause of protecting and promoting the rights and dignity of people, as these are the cornerstones of an effective response to the HIV/AIDS epidemic. 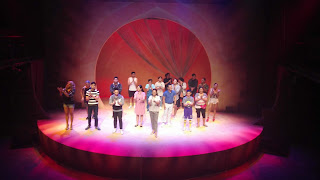 "The material's strength is the authenticity of the stories and it has to be told in the most raw form and truthful fashion. This is PETA's concrete contribution to the whole HIV/AIDS advocacy. The play engages our audiences in a conversation. The video montage by Steven Tansiongco gave texture in some scenes as it provided visual support to some technical/health jargon," elucidated play director Melvin Lee. 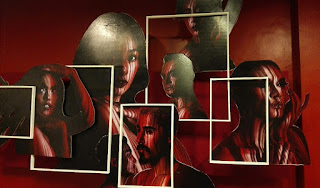 The Philippines has the fastest growing HIV epidemic in Asia and the Pacific region. From 1984 to August 2019, there have been 70,740 confirmed HIV cases and 3,584 deaths reported in the country. As of August 2019, the average number of people newly diagnosed per day is 36 - an alarming difference in comparison to 2009 with an average of only two people per day. 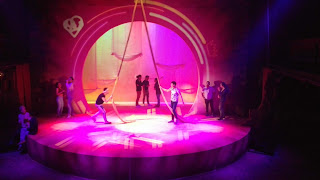 "The script has been with us two years ago. The world's statistics have dwindled down but the Philippines' numbers are rising. Through our partners, we are building a community of supporters. That's why we have debriefing sessions after each performance. HIV/AIDS has many biases because we are not informed properly," shared PETA's artistic director Maribel Legarda. 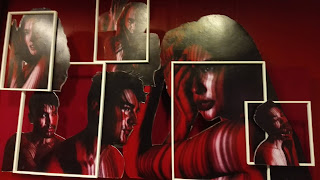 PLHIVs are vulnerable to infections and diseases because the virus attacks cells that help the body fight infections. If left untreated, HIV can lead to AIDS (acquired immunodeficiency syndrome) that can cause death. 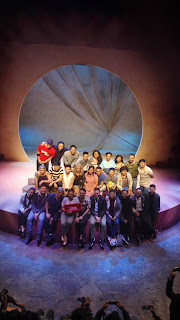 "Men-having-sex-with-men statistics were high during the research for the play's material, though there seems to be a rise in mother-to-child cases lately. Unfortunately, HIV fights with other diseases, especially those with fatal results like dengue or the NCoV 19, for governmental support," explained playwright Rody Vera. 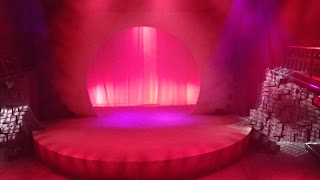 Among the affected key population, more than half were from the 25-34 age group while 28% were youth, 15-24 years old. Male-to-male sexual contact was the predominant mode of transmission, followed by male-to-female sexual contact, and sharing of infected needles. The numbers are alarming and the age groups are disturbing.

"HIV can destroy the body's immunity, but not the spirit of community," declared UNAIDS country director, Dr. Louie Ocampo.

Under My Skin runs until March 22, 2020 on Fridays, Saturdays, and Sundays at the PETA Theater Center. For ticket inquiries, simply dial 8891-9999 (TicketWorld) or check out the theater's site via www.petatheater.com/undermyskin.G
Labels: aids campaign collaboration his love yourself PETA red whistle unaided unilab