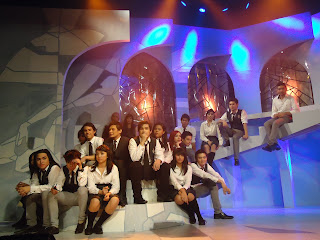 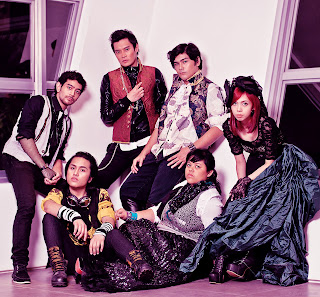 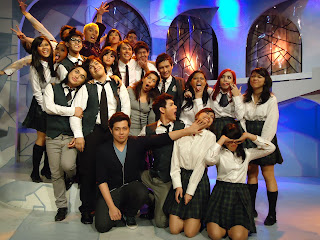 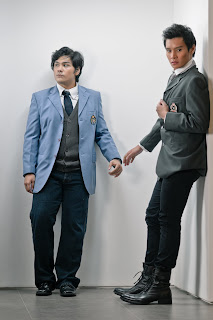 
Bare: A Pop Opera, the amazing off-Broadway musical that narrates the story of two boys at a Catholic boarding school as they struggle through the challenges their love brings, is the featured season finale for school year 2011-2012.
“I cannot deny the power this musical has over me. Perhaps it is the rawness of the characters, the haunting rock music, or lyrics that goes ‘What happens when the music stops? In the silence, will he stay?’
“It’s been three years since I first directed this musical which centers on the forbidden romance between two gay high school students. I found myself falling fast into the rabbit hole; a sensation I think is similar to falling in love,” shared director Ana Abad Santos.
It’s “Next Fall” in a “High School Musical” or maybe “Ben & Mark” (a Pinoy indie film) before sojourning to “Brokeback Mountain!” The play’s all these and more.
“I was enamored by the heart of the material. It’s a wonderful piece of theater for young actors where they can pour out everything they have. There’s so much magic therein. Because in the end, this is just a love story that will squeeze your soul and leave you bare,” added Ana, who played a brilliant mother’s role in “Ben & Mark.” She added the said film was probably inspired by the musical.
The musical centers on a group of high school seniors at a Catholic boarding school facing issues of sexuality and personal identity. It revolves around the clandestine romance between altar boy Peter (Bibo Reyes, and alternate Reb Atadero) and campus crush Jason (Jaime Barcelon). While Peter feels they should make their relationship public, Jason worries they won’t be accepted and is further troubled by the advances of the popular Ivy (Maronne Cruz). Nadia (Cassie Manalastas), Jason’s overweight sardonic sister and Matt (Franco Chan, and alternate Orange Sanchez), Ivy’s pious suitor, join their story that resonates with many of us who’ve suffered the scrutiny of a prejudiced and myopic-viewed world!
“Absolution is my favorite song from the musical because it encapsulates the message of the show well and of lovers who can’t be together,” enthused Bibo Reyes, one of two actors playing the role of Peter.
“The character is a statement. There’s something wrong with society right now. If there’s anything our generation has to say, it is this,” remarked Reb Atadero, the other actor playing Peter.
With book, music and lyrics by Jon Hartmere Jr. and Damon Intrabartolo, “Bare: A Pop Opera” unravels the emotional story of how these teenagers come to terms with who they are and who the world thinks they should be, seeking answers from the Church, their friends and, ultimately, from within themselves.
“Once Upon a Time and Cross are two of the songs I dread doing. Internalizing it makes me anxious because an actor you have to do justice to the role and the story,” confessed Jaime Barcelon, who’s playing the beleaguered Jason.
Succeeding play dates are set on Mar 1-3 and Mar 7-10 with gala shows on Wednesdays, Thursdays, Fridays and Saturdays at 8 pm and matinee shows on Saturdays at 3 pm. For inquiries and other information, simply get in touch with Chiz Jardin through mobile # 0916-5787618 or email at nicojardin12@yahoo.com.
“Most gay love stories are tragic. It’s usually the best way to speak to people and open their eyes. In a way, it’s parallel to Romeo & Juliet on why pure love is worth fighting for,” enthused Ana, at the end of opening night’s post-performance media call.
“Bare: A Pop Opera is the biggest campus hit in Blue Rep history that they decided to share it with the general theater-going public.
Labels: Blue Rep gay love musical Pinoy production teen angst theater