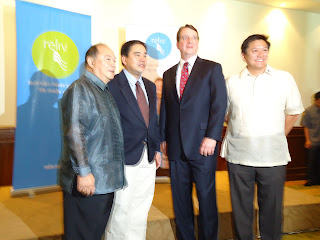 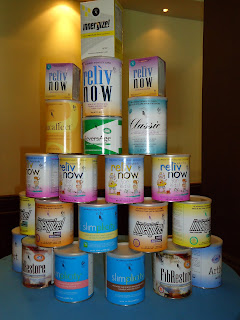 Go for the healthier soy!
By Earl D.C. Bracamonte


Reliv International, Inc. and Soy Labs LLC announced very recently the creation of LunaRich, an exclusive soy powder that contains more than five times soy peptide lunasin than the industry standard to effectively help control cholesterol production in the body. Reliv is adding LunaRich to its portfolio of high-quality nutritional supplements in the country that includes Reliv Classic and Reliv Now (essential nutrition), Slimplicity (weight loss), GlucAffect (blood sugar management), Reliv FibRestore (digestive health), Arthaffect (joint health), Reliv Now for Kids (children’s health), Innergize! (enhancement nutrition) and ReversAge (anti-aging) among several other patented products.
LunaRich is a whole soy powder containing five to ten times more lunasin than the industry standard. Lunasin is a peptide found naturally in soy that scientists have identified as the key to many of soy’s documented health benefits. These include cholesterol management, heart health and weight loss, to cite a few. It is, without a doubt, the active component in soy protein responsible for LDL cholesterol that reduces risk in cardiovascular diseases (CVD) by reducing biosynthesis in the liver.
Reliv is a manufacturer and distributor of patented nutritional supplements in 15 countries worldwide. It is the first company selected by the Missouri Plant Science Center (MPSC) in the USDA and its managing tenant Soy Labs for a new joint biotechnology research and development partnership. This team-up will give Reliv greater access to soy and plant biotechnology research as well as benefit from exclusive ingredient innovations.
The MPSC is a shared-use facility where researchers work alongside business and industry experts in a multi-disciplinary environment. The center facilitates the collaboration between scientific and entrepreneurial minds to turn the latest research innovations into functional real-world applications and consumer goods.
Soy Labs, on the other hand, is the premier soy-based ingredient supplier to the nutrition industry. The entity spearheads research and develops proprietary, soy peptides, ingredients, and formulaic compounds for inclusion in nutritional supplements, cosmeceuticals, soyfoods, functional foods and beverages.
“A growing body of research shows that the lunasin peptide is one of the most important bioactive components of soy. In creating LunaRich for Reliv, we have maximized lunasin levels in a soy powder,” shared Dr. Alfredo Galvez, MPSC’s lead scientific advisor, during a media confab at the Intercontinental Hotel in Makati City. “The amount of lunasin in soybeans varies significantly based on seed, soil and environment. The MPSC refines specially selected soybeans grown exclusively for Reliv to maximize levels of lunasin.
“This could be an alternative to low-dose statin drug treatments which won’t have the adverse side effects because it is organic. We highly recommend it as a supplement to manage cholesterol levels. Even those with normal cholesterol levels can take this regularly to safeguard them from risk factors leading to CVD. Also discovered as an anti-cancer agent, the formulation must be mixed with water on room temperature so as not to kill the active and healthful enzymes,” he added.
Dr. Galvez is a recipient of the 2010 PhilDev Award, a recognition given to outstanding Filipino-Americans in the field of science & technology. He first discovered lunasin in 1996 during research at the UC Berkeley to improve the nutritional profile of soy protein. More than 40 peer-reviewed and published studies have documented lunasin’s health benefits. Research by 21 research institutions supported by 27 public and private funding sources has resulted in nine patents.
“The healthiest foods combine a wide range of nutrients that work together to provide greater benefits than they would individually. Similarly, Reliv products offer a complex blend of nutrients in unique formulas that offer the Reliv difference. Each formulation ensures quick and optimal absorption; combining vitamins, minerals and other nutrients that work together to be more effective. The company follows the standards of optimal nutrition developed by its researchers who have shown that higher levels of key nutrients are essential to good health and well-being. Furthermore, all products undergo rigorous testing upon entering plant facilities as well as in every step in the manufacturing process.
“This is a significant step forward for Reliv and nutrition science. As scientists learn more about the mechanisms that make soy a nutritional super-food, the company is proud to lead the way in making fruits of these discoveries available to all,” intimated chief scientific officer Dr. Carl Hastings.
Reliv International, Inc. is a direct-selling company that develops, manufactures and markets nutritional products that promote optimal health. Based near St. Louis in Chesterfield, Missouri, its products are marketed in 15 countries worldwide: United States, Canada, Mexico, United Kingdom, Ireland, Germany, Australia, New Zealand, Malaysia, Singapore, Brunei, Austria, the Netherlands, Indonesia, and the Philippines. The company’s charitable arm, the Reliv Kalogris Foundation, combats hunger around the globe by providing free, critically-needed nutritional supplements to more than 42,000 people every day, mostly children, in 270 programs in more than 10 countries. Over the past 15 years, the foundation has donated more than $23-million in free products to under-nourished people at feeding centers and food pantries in the US, Malaysia, Haiti, Burma, South Africa, Cambodia, Sri Lanka, and the Philippines. The foundation is voluntarily funded by its independent distributors, employees and the Reliv International, Inc. headquarters. For more information, simply call 812-6889 and/or visit their Web site reliv.com.
Labels: cholesterol hyperlipidemia nutrition science nutritional supplemt soy protein