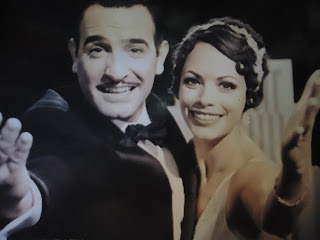 Nine films compete for the highest honors of being proclaimed as Best Motion Picture for 2011. The choices ran the gamut from dramas, biographies, politics and policies of bygone eras, and unto the world of the mystical and the mundane. They used to include one animated feature in the race but maybe scrapped that slot entirely.
Each year, the Board of Governors are gracious in recognizing achievements from festivals like the Cannes, with Rooney Mara (The Girl With The Dragon tattoo) cinching Lead Actress nomination, and indie the circuit with Demian Bichir (A Better Life) receiving a Best Actor citation, and include them in the shortlist of nominees in the lead categories.
Brad Pitt and Glenn Close, who are both nominated in the lead roles for Moneyball and Albert Nobbs respectively, may re-echo positions of the past: Pitt for Richard Burton and Close for Deborah Kerr and Thelma Ritter. Like Kerr and Ritter, Close has been nominated more than five times but never won. Burton holds the distinction of an actor with the most number of nominations, but never won. Cineastes felt Close should have won for Fatal Attraction in 1985 that she lost to Geraldine Page for The Trip to Bountiful. Kate Winslet was in this same predicament until she finally made a surprise win for The Reader in 2008.

Motion Picture(s) of the Year
While The Artist may cinch such heavy awards as director and lead actor, making it a strong contender for Best Picture, I still feel the honors should go to Martin Scorsese’s Hugo for it’s very touching narrative that involves both human drama and a colorful, historical reference to filmmaking and the Lumiere brothers. For Best Foreign Language Film, my bet goes to Iran’s entry, A Separation. For Best Animated Feature, it’s a toss between Puss in Boots and Rango, and my vote goes to the latter.

Thespic
The Lead Actor as well as the Supporting Role categories are the shoo-ins for the evening. Jean Dujardin will continue his winning streak for The Artist. Christopher Plummer will do a grand slam for his gay role in Beginners. Likewise, Octavia Spencer will romp off with the Supporting Actress trophy for her witty and out-of-the-box portrayal of Minny Jackson in The Help.
Meryl Streep leads the pack of Best Actress citations with an astonishing portrayal of British Prime Minister Margaret Thatcher in The Iron Lady. Still the actress to beat with the most number of Oscar nominations in recorded history, The Iron Lady might give her another statuette after Kramer vs. Kramer (Best Supporting Actress, 1979) and Sophie’s Choice (Best Actress, 1982). However, one couldn’t overlook the credible and strong turn from Michelle Williams as the late icon Marilyn Monroe in My Weekend with Marilyn. Streep and Williams were both lauded as Golden Globe’s best in the drama (The Iron Lady) and comedy (My Weekend with Marilyn) categories.
And then there’s the unforgettable take by Glenn Close in the gender-bending role of Albert Nobbs. As the most underrated thespian in Hollywood, I’m still hoping she’ll do a Kate Winslet upset over her co-nominees and bring home the gold.
Wishful thinking aside, I think the voting body wouldn’t discredit the riveting and poignant delivery of Viola Davis as Aibeleen Clark in The Help. After winning this category in the Screen Actors Guild awards, she’s the contender most likely to win. And looking at her movies in 2011, including her brief but remarkable role in Extremely Loud & Incredibly Close, there’s no reason why the statuette should elude her; unless it becomes an interplay between the ‘white’ and ‘black’ vote.

Textual
For ingenious re-telling, writer-director Alexander Payne and screenwriters Nat Faxon & Jim Rash will win the Best Screenplay Adaptation for The Descendants. For material originally written for the screen, it’s a close fight between Woody Allen’s Midnight in Paris and Ashgar Farhad’s A Separation; and I go for the former.

Technical
Michel Hazanavicius, after being given the nod by fellow directors, will win as this year’s Best Director for The Artist. His lensman, Guillame Schiffman, may also win the Best Cinematography honors. His closest rival in the race is Robert Richardson’s atmospheric shots of the Eiffel in Hugo. Thelma Schoonmaker’s deft splicing of frames in Hugo, especially the one wherein she dissolves a clock’s skeletal framework unto the streets of Paris is impeccable! She may take home the award for Achievement in Film Editing. Audio engineers for Hugo may also win the categories of Sound Editing (Philip Stockton & Eugene Geaty) and Sound Mixing (Tom Fleischman & John Midgley).
The Best Visual Effects, meanwhile, will go the Scott Farrar, Scott Benza, Matthew Butler and John Frazier for state-of-the-art CGI images in Transformers: Dark Side of the Moon. For Best Make-up, two exemplary works lock horns: Mark Coulier & J. Roy Hillard’s work in approximating Thatcher’s persona for Meryl Streep in The Iron Lady; while Martial Corneville, Lynn Johnston & Matthew W. Mungle’s deft and flawless transformation of Glenn Close into a man (!) in Albert Nobbs is pure genius. And I tip my hat to the latter.
Best Original Song is Sergio Mendes and Carlinhos’ Real in Rio from the animated feature Rio while the Best Musical Score will go to the beautiful music in Hugo. For Achievement in Art Direction, my bet goes to Dante Ferreti’s production design and Stephenie McMillan’s creation of the make-believe world of clocks and trains, as well as the picaresque milieu of Ben Kingsley’s movie set, in Hugo. Ditto with Sandy Powell’s costumes for the movie’s myriad characters, notably those in the movie set segments. Her closest rivals in the Best Costume Design category are Arianne Philips’ tasteful ensemble in Madonna’s W.E.’ and those of Michael O’Connor for the period classic Jane Eyre.

We leave out the insider categories (Documentary Feature, Documentary Shorts, Short Action Live or Animated) for the pollsters to decide. Check the live telecast schedule with your local television and cable service providers. It airs this Sunday night in the US and mid-morning here on Monday, Feb. 27th. And don’t miss the red carpet fashion parade. It’s as exciting as the award ceremonies.
And as they say, when they call out the winners, “And the Oscar goes to . . .”
Labels: academy awards achievements Asian films filmmaking movies oscar