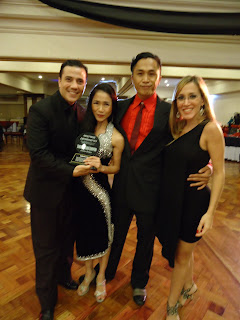 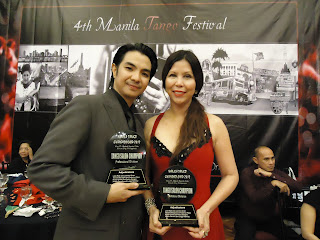 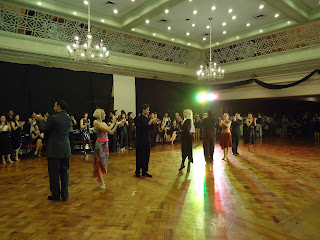 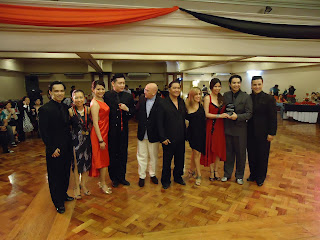 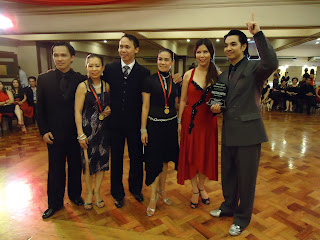 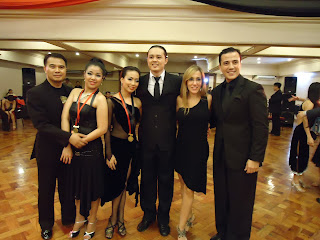 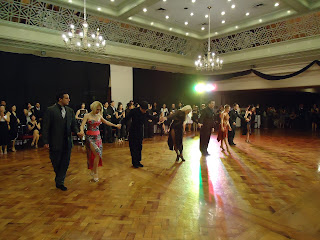 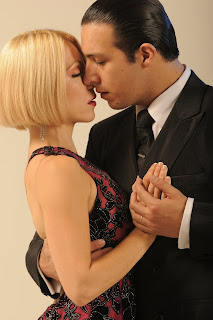 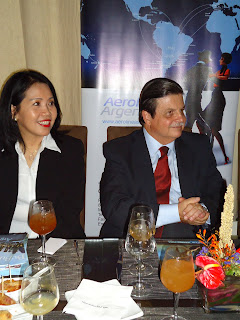 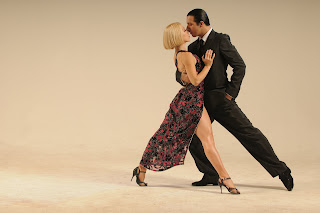 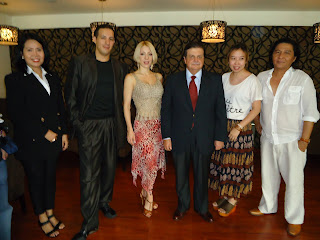 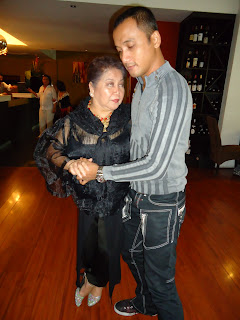 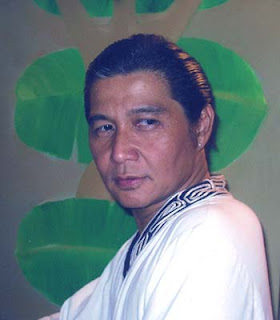 Over a century since its birth, the Tango, or milonga as it is known in several quarters, has had, in recent years, an unprecedented global following both as a lifestyle pastime as well as a travel option among culture seekers and dance denizens the world over.

“Tango may be just a dance to people outside , but to them it is a way of life. They dance the milonga to celebrate everything that’s happening around them, whether blissful or sonorous. For those passionate about the tango, we suggest the . It’s a 12-day, 11-night tour across to Iguazu and unto for some samba dancing. It’s close to a fortnight of exciting cuisine, day tours and lots of dancing in between,” invited Menchie B. Gregorio, managing director for Aerolineas Argentinas, the flag carrier that takes enthusiasts around the globe to experience Tango in its place of origin.

Tango is sweeping across and one man – a Filipino by the name of Ogie Mendoza – has quietly worked the room to make this passionate dance the craze it is now known to be. With only passion and dedication tucked under his sleeves, he brazenly created two major Tango events which have now become the barometer for quality Tango promotion in . “Tango is not just about steps; it is also about a culture. It’s a ‘feeling’ dance so it conveys many emotions,” intoned the Pinoy prime-mover.

Ogie’s expertise on Argentine Tango spans seventeen years of experience from three aspects of the dance: as teacher, performer, and as organizer. These aspects helped shape his understanding and mastery of the dance, earning him a special niche in the world of milonga in .

“You have to understand the culture behind the dance; that there’s nothing ‘personal’ within the confines of a 3-minute endearment. , , , , , Bali, Kota Kinabalu, Ho Chi Minh and have growing tango communities and the numbers are rising,” Ogie informed.

He is the founder of the Manila Tango Club, one of the very first tango clubs in Southeast Asia which actively pursues the promotion of tango in the . Ogie is currently engaged in a lot of activities where he closely works with major tango clubs around the region spearheading workshops, performances and private coaching by visiting teachers and musicians. “The Manila Tango Club was actually formed in 1994 and is the first organized club in the whole of . It was short-lived though, because back then the reception wasn’t that warm as it is now. Fortunately, we are catching up fast from where we left in the mid ‘90s,” he added.

The Manila Tango Festival started in May 2009 when the Manila Tango Club initiated a bold move in showcasing a major Tango Festival that would put at par with other tango capitals outside , specifically the Southeast Asian region. It was also in that same year that Tango was inscribed in UNESCO’s Urgent Safeguarding List as an ‘Intangible Cultural Heritage’ for its “importance in maintaining cultural diversity in the face of globalization.”

Since then, the Manila Tango Festival went on with its annual events, now celebrating its fourth anniversary presentation from May 17th ‘til the 20th in three separate venues in Makati City: the Ristorante L’Ambasciata D’Abruzzo for the Filipiniana-inspired milonga; the Makati Sports Club for the tango championship competition and Masters Gala (stage milonga); and the Society Lounge for the farewell and salon milongas. “The stage tango is the professional dance for the shows while the salon milonga is the social tango where everybody can dance. I fell in love through tango,” confessed professional tanguera Analia Carreno, who displayed unbelievable dexterity in a performance with hubby and dance partner Luiggi Ramirez. “In every part of the world, where everyone dances the milonga, it is always the men that lead the women,” she added, emphasizing that salient point.

“Even with the same steps, everybody does it differently. We express the dance the way we are. It’s a way of life for some. And always remember, couples must always move counter-clockwise so no one bumps into each other as you’ve probably noticed,” demurred the talented tanguero Luiggi, who was also busy playing nanny to their lovely baby daughter Milena who they’ve brought along from Buenos Aires. Luiggi & Analia is one of four Argentine couples who will dish out superb stage milongas during the Masters Gala.

The first Tango championship was introduced last year to generate interest and enable the learning of this passionate and sensuous dance. Ogie now looks beyond past achievements as he works on the next phase of Tango promotion all over and the Pacific.

The festival has the support of the Argentine Embassy in and around the region, the local dancing scene, as well as the many local tango organizations and groups that have been formed as a result. It also takes support from the neighboring communities of Southeast Asia and the .

The 4th Manila Tango Festival heralds the National Day of Argentina that falls on the 25th of May. “Many people like it. It is the most popular dance globally and aficionados dance it frequently in dance salons. It is more than a hundred years old and this festival in Manila marks a special period of tango fashion, as music and dance, around the world; especially in Asia,” enthused Hon. Joaquin Otero, ambassador of Argentina to the Philippines, during an intimate, albeit very brief, media colloquy.

For more information on the 4th Manila Tango Festival program and activities, simply email manilatangoclub@gmail.com or call 895-4576. You may also visit the following Web sites: www.manilatangofestival.com or www.tangoblitz.com for new updates. The Manila Tango Festival & Championship program supports the project of the Rotary Club of Makati-San Lorenzo against Human Trafficking.