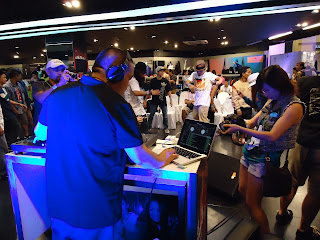 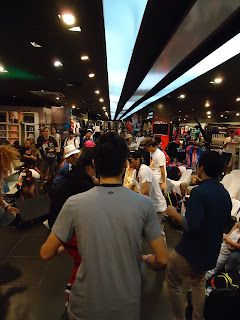 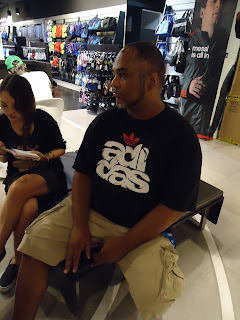 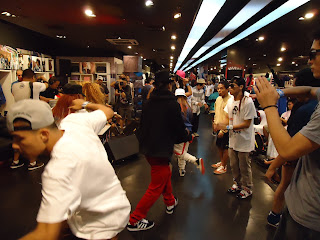 
Sports label Adidas celebrated hip-hop’s 25th year celebration through a dance-off featuring three New York-based deejays who all flew into the country to strut their respective stuff. Simply dubbed “All Originals Represent,” the music & dance affair was eagerly received by the country’s hip-hop aficionados and other dance enthusiasts.
Deejays Ali Shaheed Muhammad, Maseo Plug3 Dela Soul and DJ Shortkut jammed with qualifiers to the final dance-off. “All Originals Represent” is Adidas’ latest campaign that encourages everybody to ‘represent yourself and you!’
“This is a regional campaign from Singapore. There are dance crews with five members each who’ll don Adidas apparel and dance to the spin of our featured DJs, who’ll be part of their team. Five dance crews were chosen from a field of dance groups who auditioned at the Ortigas qualifying round. The grand winner will receive prizes in cash and kind,” informed brand manager Jason Gervasio.
Short Circuit, Shortkut’s crew comprised of Vince Mendoza & Naomi Tamayo of the Philippine All-Stars, Roz Manlangit of Tha Project, Zyro Santos and Haslah Cordillo, was the grand winner during the weekend showdown.
DJ Shortkut, who’s half-Pinoy, represented the Beat Junkie Sound (Invisibl Skratch Picklz). “Hip-hop is a culture even before it became a business. Through the course of its history, its integrity has been destroyed. Adidas is the only company that supported hip-hop since its genesis. This is one dance form that breaks all racial barriers because there’s no color line behind its creative process,” enthused DJ Shortkut.
“Hip-hop has become mainstream like all other dance moves. Its accessibility has now become a daily thing,” he added.
Vince Mendoza was named Best Over-all Dancer while Ralph “Defier” Caliwan of Unschooled was proclaimed the crowd’s favorite. Sheena Vera Cruz of the Philippine All-Stars and Haslah Cadillo were Caliwan’s runners-up in the latter category.
“This campaign is all about reconnecting DJs with dancers. This is how hip-hop started in New York in the ‘70s. It brought the youth and communities together especially in boroughs of New York where violence is prevalent.
“The DJ-dancer tandem is an original hip-hop concept. It inspires a new breed of followers as it takes the rest of the world. There’s a misconception that hip-hop is all about money when what it truly is, is a true dialogue between music and movement,” intoned DJ Maseo Plug3 Dela Soul.
The Manila leg of the “All Originals Represent” campaign is the last stop of a running tour that began in Bangkok and went the rounds to Saigon, Kuala Lumpur and Singapore before getting here.
For more information, simply log-on to their Web site www.adidas.com.ph.