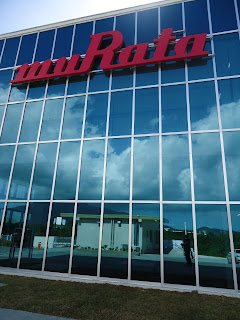 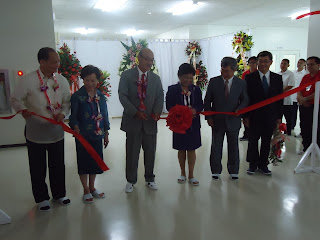 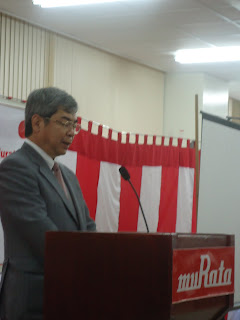 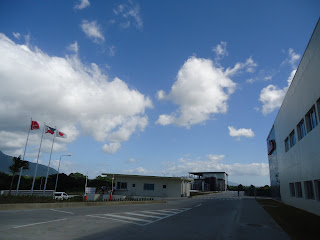 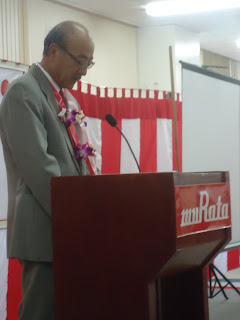 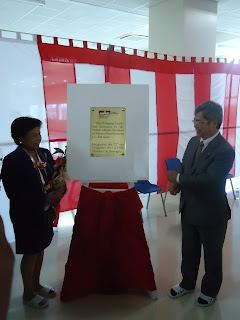 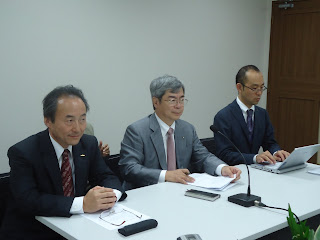 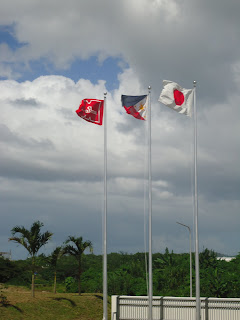 Murata Manufacturing Co., Ltd. of Japan, a leading global manufacturer of monolithic/multi-layer ceramic capacitors (MLCC) and other important components used in most electronic and electrical devices such as notebook computers, mobile phones, television sets, cameras, and other home appliances, established its first subsidiary and manufacturing hub in the country. “The Philippines is our fifth factory in Asia after Singapore, Thailand, Malaysia and China. It has a comparative labor cost with few turnovers. It has big potential in manpower skills. People are English-speaking; making it easy to communicate.
“The communications sector comprises 40% of our capacitor sales. Multi-layer/monolithic ceramic capacitors (MLCC) have a high demand for use in smartphones and pocket PCs.
We are the trusted supplier to some of the world’s leading brands. We have been pioneering the digital revolution since 1950; with annual revenue of over 60-billion Yen from 80 affiliates worldwide.
“Almost all electronic companies use our capacitors. We compete with Samsung Electronics of South Korea and Yageu of Taiwan. 85% of our sales are generated from revenues outside of Japan. Majority of products from our production lines are being exported,” informed company president Tsuneo Murata during an intimate media confab.
Called the Philippine Manufacturing Co. of MuRata Inc., the facility, standing in an area covering more than 200,000 square meters in Tanauan City, Batangas, will commence operations this coming January 2013. Murata's overseas production base in the Philippines is seen to play an important part in Murata's expanding overseas production, in particular targeting emerging markets such as the ASEAN.
“Filipinos will work mainly as operators in our assembly lines. By January 2013, 300 Filipino workers will join our labor force. The Philippine factory was built as an expansion to our production line for multi-layer/monolithic ceramic capacitors (MLCCs), our flagship product that enjoys a dominant share in the world. In the Philippines, there are not yet much electronic companies that need our component parts. Unlike China, a lot of companies from the electronic manufacturing sectors (EMS) cater/answer to the specifications of very targeted markets,” the Murata chief executive added.
The Japanese entity formally launched its facility in the Philippines via an exclusive media plant tour at the Murata factory located inside the sprawling First Philippine Industrial Park in Brgy. Pantay Bata of Tanauan City; dubbed by some quarters as the ‘Silicon Valley of the Philippines.’ “This is the best investment site in the whole of ASEAN. It is the best expansion site according to an independent Japanese agency survey. There is industrial peace in the whole of the Calabarzon area. This is a mini Silicon Valley and a mini Detroit right here. This is also the best partnership; combining Japanese capital and technology with the Philippines’ rich human resource,” declared Atty. Lilia Delima, director general of the Philippine Economic Zone Authority (PEZA), in her keynote speech.
The first phase of MuRata’s plant site sits on a 3.6-hectare lot that’s part of a 27.2-hectare prime industrial site acquisition. During the guided plant tour, we were apprised how the chips were dipped in copper during the termination phase from the KASU machines then unto the GNE kiln where the sintering process happens. The termination process connects the inner electrode to the outer electrode, as well as protects each chip from water intrusion. After sintering, non-standard chips are eliminated because they could be of no use; and could not be recycled either. From there ‘til the final phase in the production, quality control measures accompany each chip in the assembly line.
“MuRata is in the business of enabling people in the best that they can do – making the impossible, possible. For every employed Filipino, MuRata indirectly employs 7 others down the line as it also affects 6 other family members of each family member employed. In the future, we will construct 3 more buildings the size as this one. It will contribute to employment as well as the economic growth of the Philippines. Our expansion in other Asian countries would depend much on the global economic growth. The role of each expansion plant in China, Thailand, Malaysia and the Philippines is very specific. They’re put there to address a very distinct purposes based on the demand in their respective regions,” Murata-san pointed out.
“What is good for the Japanese industry will also be good for the Filipinos,” enthused Hon. Toshinao Urabe, Ambassador of Japan to the Philippines. “Taxation and electricity issues have already been threshed out. This bi-partite agreement brings to mind what Greg Anderson has said: Let’s not do it my way or your way but the best way,” the ambassador added in closing.
Smart phones use 300-500 MLCC chips, LCDs need 500, laptops use 700 of these, and automobiles from a thousand to 2 thousand. MuRata supplies the demand from these major markets through 54 subsidiaries worldwide.
MuRata was founded in October 1944 and has actualized 1584-billion Yen in 2011 alone. The Tanauan City facility opened in September last year with a structural investment of P1.4-million excluding lot, machinery and equipment.