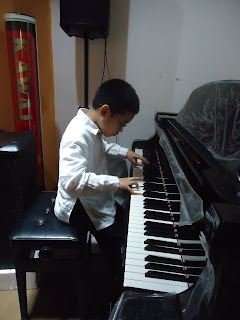 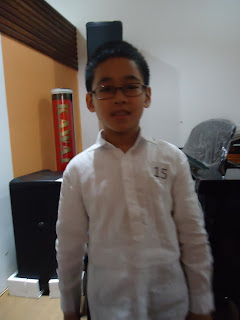 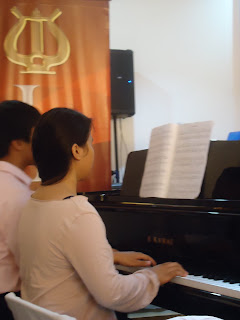 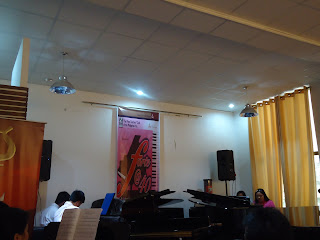 
In celebration of its Ruby Year anniversary, the Piano Teachers Guild of the Philippines (PTGP) will present their fund-raising concert at the CCP Main Theater on Sunday, Nov. 18th. Simply dubbed “Forte@40,” the musical multitude will have a matinee performance at 3 pm and a gala show at 8 pm. This milestone in piano education will showcase a never-heard-before assemblage of 40 pianos with over 300 pianists on the same stage!
Over the weekend, some of the cast members gave a special sneak preview at the new Lucky Chinatown mall in Manila’s Binondo district. The historical concert, which will be conducted by Dr. Herminigildo Ranera and Daniel Bartolome, will feature students, teachers & members, past and present PTGP board officers, festival participants, and competition winners from ages 8 through 80. At an intimate press luncheon, 9-year-old prodigy Hansel Ang impressed us with a deftly played classical piece. The other young pianists regaled us with a fabulous quartet on “Saranggola ni Pepe” and an equally adept duet on the “Pandangguhan.”
The highlight of the concert is the world premiere of “Mga Gintong Pamana” by Augusto ‘Agot’ Espino, a PTGP-commissioned work that will showcase 40 pianos with 80 players reading the composition; a first of its kind in the history of Philippine music. This masterpiece is a tribute to the great Filipino composers like Nicanor Abelardo, Dr. Francisco Santiago, National Artist Lucresia Kasilag, Felipe De Leon Sr., Dr, Francisco Santiago, Rosendo Santos, Dr. Antonio Molina, Lucio San Pedro, Ramon Tapales, and Rodolfo Cornejo who all have made unparalleled contribution to Philippine piano literature.
“Aside from the China Olympics where there were 400 piano players performing, this is the only other event with that scale and magnitude. There will be 10 grand and 30 upright special edition handcrafted Kawai Shigeru pianos,” apprised CCP president Dr. Raul Sunico.
Five genres of music – Baroque, Classical, 20th Century, Pop and Filipino – will be represented in the extensive repertoire consisting of ten suites. These are Stanley Avery’s “Concertino on Familiar Tunes,” M. Cox’s “Grand Perpetual Motion Waltz,” Franz Josef Haydn’s “Surprise” (Andante from Symphony No. 94 in G Major, Hob. VI:54), Wolfgang Amadeus Mozart’s “Allegro Molto” (Symphony No. 40 in G Minor, KV. 550), Frederic Francois Chopin’s “”Military” (Polonaise in A Major, Op. 40 No. 1), Eugenie Rochelle’s “Workin’ on the Railroad,” Ryan Cayabyab’s “Pop Medley,” and Kabaitan R. Bautista’s “Contagion on a Theme of Nirvana” and “Harry Potter Fantasy and Super Mario Capriccio” (based on a theme by Koji Kondo). Bautista, a graduate from the UST Conservatory of Music, is a proud recipient of the Ayala Young Leader award.
The PTGP was founded in Nov. 2, 1972 by piano teachers who organized themselves mainly to uplift teaching and performance standards in the musical development and pianistic growth of their students. Over the years, the PTGP has brought our country’s top pianists to compete in international music festivals held in Europe, the United States and recently in Malaysia, Vietnam, Thailand and Singapore.
In keeping with its objectives, the PTGP’s main activities consist of refresher seminars, master classes, workshops in piano performance, competitions, pedagogy and repertoire building which are conducted by local and foreign-based artists-pedagogue. As in the past, the competitions are held to challenge both students and teachers in the mastery of particular styles, to discover and encourage the potential of promising pianists, and to recognize the dedication of teachers. The annual festival remains as its centerpiece. The PTGP serves a wide circle of teachers and students as an avenue for a public affirmation of achievements in piano study.
For inquiries, simply email askptgp@yahoo.com or visit their Web site, http://ptgpinc.wordpress.com. You may also opt to check out their fan page through www.facebook.com/PTGPInc.