Australian Ambassador to the Philippines, Hon. Amanda Gorely, gathered members of the Philippine media recently to celebrate Australia Day in Manila. An annual gathering, the 2017 edition likewise rekindled the Land Down Under's ties with the Philippines.

"The Australian Embassy is establishing its relations with the new administration and the several agency secretaries. Our attention has now shifted to concerns in Mindanao. We will be rolling out a new program soon - the Pathways project - wherein classrooms will be built to support education and its curricula.

"The AusNZAsia Free Trade Agreement is the underlying mutual cooperation doctrine in trade and investment in the AP region," informed the ambassador. 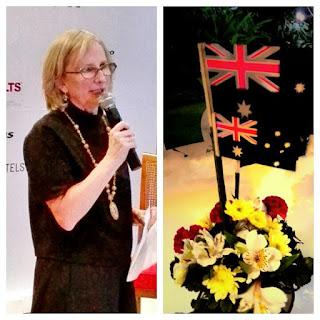 Prior to a fun-filled lawn barbecue, Amb. Gorely shared Australia's economic and outreach plans for the country, touching on immigration, trade, regional security, environmental protection (mining ventures in the country), and Internet security among others.

"As to our mining ventures in the Philippines, especially with Oceana Gold, we are making sure that we meet the highest level of environmental standards, safety, and rehabilitation, including the creation of jobs for the local communities. We are piewise reimagining Australia, vis-a-vis about the Filipinos in Australia now. Moreover, on the 25 per cent increase on visa applications," continued Amb. Gorely.

There are more than 280 Australian firms operating in the Philippines, including some of its largest corporations. These firms employ an estimated 30,000 Filipinos that benefit from the Pinoys' strong education and excellent English language skills. 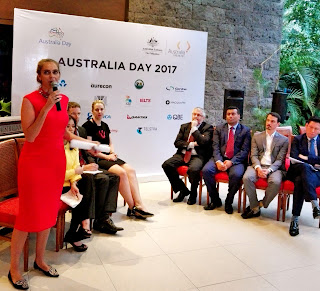 Prior to her current post, Amb. Gorely was a senior career officer with the Department of Foreign Affairs and Trade. Most recently, she was Corporate Counsel and head of the Corporate Legal Branch, a position she held since 2012. She has previously served overseas as Deputy High Commissioner at the Australian High Commission in Wellington and Deputy Permanent Representative to the United Nations in Geneva, with earlier postings in Stockholm and Copenhagen.

Australia and the Philippines share an ambitious free trade agreement agenda, beyond RCEP. Australia plans to support national quality infrastructure and trade research and negotiation capacity building. It also plans to continue supporting the Philippine Public-Private Partnership Centre in 2017 among other infrastructure projects. There are also new and exciting opportunities for investments between the Philippines and Australia, further reinforcing the complementary nature of both economies. 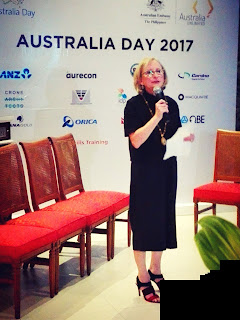 "Australia supports the implementation of international law on the South China Sea arbitration case. Countries experience human rights issues at one point or another. We have joint exercises with the Philippine military, alongside the United States, to bolster, and aid in, Mindanao's security. On the cyber front, Australian companies are going active in combatting threats from phising and hacking.

"Filipino hospitality is still at its best. Of the many places I've visited, Iloilo City has caught my interest. I hope both our governments be corruption free, especially to those serving public offices," she added.

This year's Australia Day celebration was commemorated at the sprawling gardens of Amb. Gorely's residence in the Cambridge Circle of Makati's North Forbes Park. 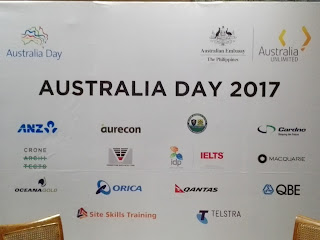