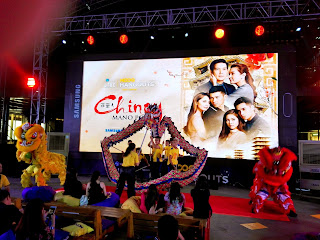 "This is a preview to the scheduled re-run of the movie in cinemas on the week prior to Valentines Day. This is the fourth Hooq Hangouts event, allowing mall-going communities and families to share the weekend experience together. 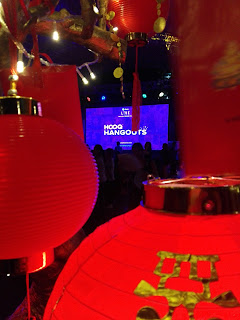 "This is a joint outdoor screening production of Globe Live and Hooq. We will be bringing this format to Quezon City soon, then roll them out to the Visayas and Mindanao regions in the next year or so. The events will most likely happen on holidays. Being a part of our social media platform, we look forward to more people watching and taking part in these events. Movies that will be screened are a combination of Hollywood and Tagalog hits from our partner productions. We will also show prequels to blockbuster movie series," shared marketing officer Sheila Paul. 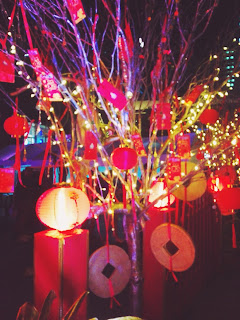 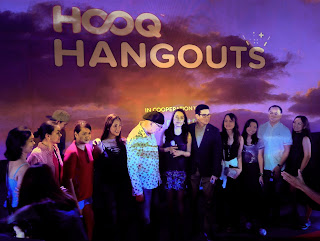 Hooq Hangouts presented the fourth event in a series of outdoor screenings that showcases Hooq's vast library of carefully curated content. "We chose Mano Po 7 for this month's weekend hangout not only to celebrate, albeit a week later, the Chinese New Year but also to emphasize that Hooq will be the first to have the latest local movies  after their theatrical run. 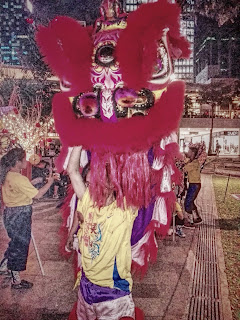 "Now, movie fans don't have to wait that long since we will try to make the films available on Hooq as soon as possible. Mano Po 7 which had a re-run this month will be on Hooq by this summer," revealed country manayer Jane Cruz-Walker. 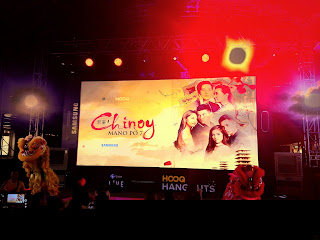 Subscribers can now enjoy more than 1,200 Filipino movies spanning close to five decades of filmmaking, and over 4,000 hours of television, leaving other video on-demand services way behind in terms of Filipino content. 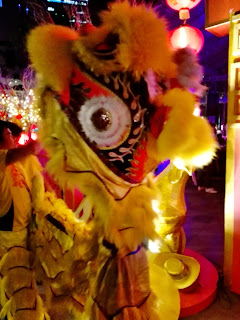 Among the most anticipated movies that will soon be available only to subscribers include Camp Sawi, I Love You To Death, That Thing Called Tanga Na, My Rebound Girl, The Escort, Bakit Lahat ng Guwapo May Boyfriend?, Working Beks, and Chinoy: Mano Po 7.

In addition, viewers can also catch up on episodes of the latest GMA-7 TV series that include Alyas Robinhood, Someone to Watch Over Me, Meant to Be, Ika-anim na Utos, and much more in the coming months. "As the exclusive presenter of the Metro Manila Film Festival, we will soon have the 2016 top-grosser Die Beautiful and the Nora Aunor-starrer Kabisera available on Hooq. The rest of the entries will also, soon, find their way onto Hooq," enthused content manager Jeffrey Remegio.

Besides having thousands of foreign movies and TV series, Hooq remains to be the prime destination for Filipino entertainment on-demand with the largest library of local content amongst any video on-demand service in the country.

"Pinoy films and TV shows are closest to our hearts because it tells the stories of our lives and we can all relate to them. That's why it's so important for us to continuously enrich our growing library with more quality local content from top Philippine production studios. One of which is Erik Matti's On The Job: The Series that's co-produced with Globe Studios and will be the very first local production to be exclusively shown on a video on-demand service," added Cruz-Walker.

From romantic flicks like JaDine's Ang Diary ng Panget and This Time; John Lloyd Cruz and Bea Alonzo tandem films One More Chance, Close To You, and The Mistress; Pinoy action blockbusters such as On The Job, Muro Ami, FPJ's Ang Probinsyano; thrillers like Feng Shui, Sukob, Shake Rattle and Roll series, and The Healing; to comedies like Sisterakas, Kimmy Dora, Wang Fam, My Amnesia Girl, and Girl Boy Bakla Tomboy are all on Hooq.

Hooq has over 10,000 movies and TV shows available for streaming or dowloading. Globe at Home customers can get up to six months to Hooq with plans P1,299 and up, while Globe mobile subscribers can also get up to six months free  trial on selected prepaid and postpaid plans. For more infomation, simply visit www.hooq.tv to sign up for a 7-day free trial.