Of sibuyas and self-sufficiency

Situated at the foothills of the Sierra Madre ranges, and part of the sprawling Central Luzon plains, Bongabon town, in Nueva Ecija, is very much a part of the country's food cradle. Dubbed as the 'Onion Basket of Asia,' this bucolic, yet thriving locale, showcases its promising geography as the perfect study for exploring nature and embracing environmental concerns, especially in its farming practices. 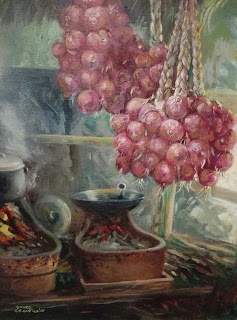 Bongabon was part of Santor in 1701, the first capital of Nueva Ecija province. As early as the latter part of the 18th century, even to this day, the town has been known as the "Onion Capital of the Philippines" because half of the country's supply comes from this place. Onion farming has been the life blood of the town long before the Philippines became part of the Galleon Trade. Thus, it has made its farmers, and the town, self-sufficient.

To celebrate its self-sufficiency, as  well as the hard work of its  farmers, the town started the Sibuyas Festival in 2004. "Onions are synonymous to Bongabon. It is a way of life for us. March/April is the peak season of our red creoles. The sweet onions, on the other hand, come ahead in late January or early February. The first ten days of April are for the agro-fair while April 9 is the set date for the festival parade. Should the date fall on a Holy Thursday, Good Friday, or Black Saturday, a local ordinance is passed to reset the date of the festival.

"My parents were part of the pioneers who first planted onions here. Before there were storage facilities, each farming household created their own crates to store the harvested bulbs. Starting in the late 60s to the present, the number of storage facilities has grown to five. Buyers would always chose the good varieties but I pick up the rejects because, for me, they're all the same. Life is like that: there are rich people and then there are poor folks too," enthused Armando Giron, festival director and chairman of Bongabon's history, culture, and arts council. 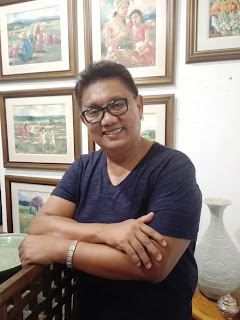 The Sibuyas Festival was inspired by the Ati-atihan of Aklan during Giron's visit to Kalibo in 1992. "I envisioned to create something similar that would instill pride in our townsfolk and at the same time achieve the One Town, One Product mandate. My liaising with some government agencies then, has allowed me to bring improvements to Bongabon. The festival benefits all. It is our tool for change and progress. Bongabon, will henceforth be, as it has been, known as a self-sufficient beautiful town.

"The farmlands are productive year-round. After the onion harvest in summer, vegetable crops like eggplants, squash, and peppers are harvested in July. By August the soil is tilled and prepared for rice planting during the rainy season. And so goes our planting cycle," continued Giron, who is himself a certified green thumb. The Giron Botanic garden and orchard attests to this.

In 1991, a strong earthquake destroyed an old abandoned building that scattered the bricks unto the fields. Most of the scattered bricks are now part of the St. Francis of Asissi's altar wall. Visitors to this pilgrim site couldn't believe that the bricks were very old and recycled because they look new! 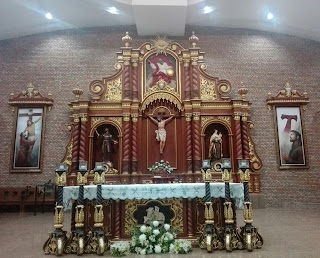 Part of the council's tourism efforts is to promote its culinary traditions, tourist trails, and wellness/leisure programs. "Some of our must-try delicacies are the air-dried inantala (cracklings), our tinomis (dinuguan), and our longganisa which could either be the pork variety with the adobo marinade, or the beef variety that's prepared like a hamonada that's sweetened then seasoned with black pepper. There are 32 towns in the province and each one has their own version of the puto (glutinous rice meal). We want to evolve all these food staples to make them more commercially appealing. A caravan for food exposition of delicacies from regions all over Central and North Luzon is in the planning stages.

"As for our tourist spots, visitors can go on a trek to Mt. Dilalam, at the foot of the Sierra Madre. Or they could visit the assassination site of Doña Aurora Quezon then go on a picnic at a nearby spring. We will be putting up a Sibuyas village that will showcase everything about Bongabon. Those on a wellness state of mind can try some treatments at local spas and/or folkloric medicine in appointed venues or clinics," invited Giron at the close of our colloquy.

This summer, when the harvest season reaches its peak, the beat of the drums will once again beckon the festive spirit as revelers dance to the throb and cadence of the pulsating cacophony. 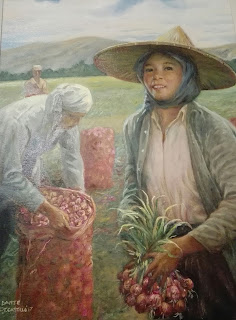