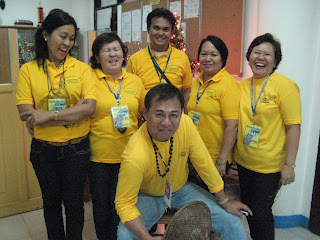 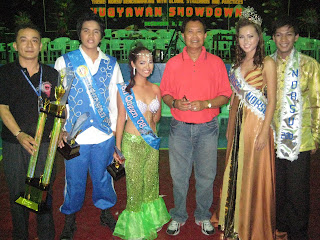 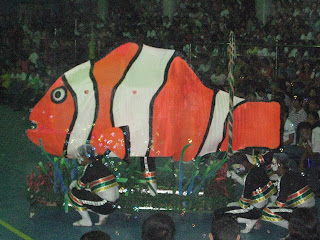 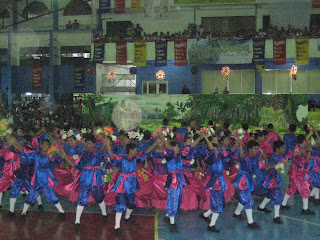 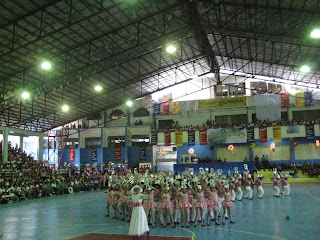 
The Negros Oriental State University (NORSU) in Dumaguete City celebrates its 83rd Founders' Day anniversary this Thanksgiving weekend. Green-lighted by the search for the Mr. & Ms. NORSU 2011, this year's week-long celebration will be marked with entertaining and educationally-meaningful activities like academic convocations, sports and cultural presentations, military parade and review, as well as the alumni homecoming.
The main highlight, however, is the Hugyawan Festival street-dancing and showdown competition which is held every December 3rd, the university's founding day. Fourteen contingents, each representing the nine different colleges of the main campus (Education, Agriculture & Forestry, Nursing & Allied Health Sciences, Technological Education, Business & Accountancy, Maritime Education, Arts & Sciences, Industrial Technology, and Engineering & Architecture) together with the five external campuses – Bais City, Guihulngan, Bayawan City/Sta. Catalina, Siaton, and Mabinay – will compete for top honors in all categories. Owing to their small student body, the College of Law and Graduate School may participate as non-competitive teams. The campus of Pamplona has yet to field an entry to the competition. The festival this December goes “green” as this year's festival theme is “NORSU: Dancing towards achieving complete harmony between man and nature.”
“This is the only activity participated in by the most number of students with 120 bona fide enrollees per contingent in each of the colleges and external campuses. The entire academic community as well as the Dumaguete community at large and the whole province of Oriental Negros look forward to this annual event. In fact, the local government units (LGUs) support the external campuses, morally and financially, in the respective localities where said campuses are found,” apprised executive committee chairman Dr. Peter Dayot, VP for PREXIL who also sits concurrently as consortium director for CVCIRRD.
“Now on its 12th year, this annual festival started in 1998; the same year as the Philippine Centennial. It began, simply, as a Linggo ng Wika streetdancing parade that evolved into a small-scale Buglasan Festival. We, however, changed this into the Hugyawan Festival for it to have a distinct identity of its own,” Dr. Dayot added.
Each contingent also fields a candidate for each of the titles 'Hugyawan King' and 'Hugyawan Queen,' both of whom play a major character and/or role in the presentation and must feature prominently in both the streetdancing and showdown competitions.
The province-wide university system began humbly as the Negros Oriental Trade School (NOTS) in 1927 as an institution for skills training. Then in 1956, the school was renamed the East Visayan School of Arts and Trades (EVSAT), a vocational institution offering technical diplomas. EVSAT received a grant from Canada to put up a pilot school for elementary and high school. However, when the school changed status, the grant ended.
Last year, my grade school batch celebrated our Pearl Jubilee. And as our major event, we mounted an exhibit of 14 of my chosen writings that my batch-mates dubbed, “A Decade Hence,” referring to the length of time I've written for the national dailies, past and present. Fourteen, coincidentally, was my age when I first started writing for our school paper, the EduTech.
Almost three decades later, in 1983, the school became known as the Central Visayas Polytechnic College (CVPC), a regional technical institution for higher learning. A year and score later, in 2004, the school metamorphosed into the Negros Oriental State University, a national university system conferring allied and technical degrees.
Through its many changes, the school looks progressively forward unto the future and its Centennary by the year 2027. For more information, simply log-on to www.norsu.edu.ph.
Labels: arts college culture cvpc education events evsat founders day hugyawan norsu nots school tertiary university