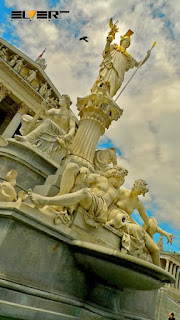 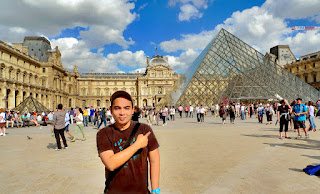 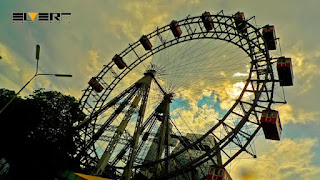 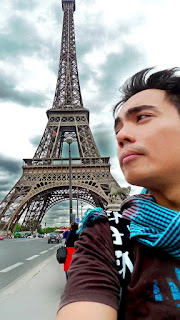 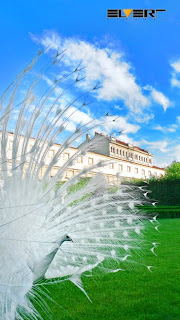 
“Peacock Puff,” an impeccably captured frame from the Czech capital city of Prague, deftly acquaints one into the magical world of clouds as envisioned by ace lens-man Elvert de la Cruz Bañares. The said digital image, along with twenty other noteworthy photographs, is part of an on-going on-line exhibit of the same title. That the exhibit’s title was derived from this piece of work is a whiff of a masterpiece!
The thematic photography exhibition delves on clouds shot over European skies during Elvert’s trips to major European metropolises last summer. “Every cloud is dramatic and the place to capture it is important. I like clouds. Not a single day shows the same formation. Each one is different and it is not controlled by the photographer. So luck figures in photography in terms of natural things.”
If David Gates’ Suite: Clouds, Rain is one of the best rock songs written about clouds, Elvert Dela Cruz Bañares’ “Peacock Puffs” may end up as one of the best photographic record on the subject.
Launched by the Peridot Online Gallery of TODO! ENTERTAINMENT (Beyond stars and shows) through their web site www.todoentertainment.com last December 20th, the 21 chosen photos were culled from more than 6,000 images he captured while backpacking all over Europe last summer after attending the Prague Quadrennial 2011, as member of the Philippine contingent.
All the digital images bear the most minimal of enhancements; presenting a poetic, albeit evanescent, record of the overcast skies of historic Europe one summer ago. The clouds seem to spin and dance, hover and muse, over ancient monuments, historical edifices, men and machines, whilst being captured for posterity. As such the clouds turn into surreal sculptures of amazing ethereality.
The imagery focuses on cloud formations and the effect of light on its difficult-to-remember grandness as shown in “Magical Cumulus.” While Elvert has an artist’s eyes and heart, he is equally gifted with the passion to feel extraordinariness in what most people consider commonplace, like the nimbus build-up he ingeniously captured in “A Thicket Above Fun” at a circus fair near the Eiffel. He celebrates symmetry in “If A Cloud Is A Single Tear” and “Beaming with Light, Surrounded by Silence.” He finds beauty in the patina of metal-and-stone sculpture in “Neptune’s Might.” “Solemnity Prevails,” on the other hand, is a skilled study of emphasis, juxtaposition and contrast. There’s unintended eroticism in “Subtly Connecting Romantic Souls” and a veering away from his usual chiaroscuro works in “Towards the Light.”
The 21-piece photography exhibition of painting-like quality dissects a broad range of subjects that ran the gamut from the mundane (as seen through a Ferris wheel’s eye in “Endless Cycle”) and the mystical (like echoes from a plea of a meditating statue in “Answered Prayers) to the mysterious (as perceived in the Crucifixion tableau “The Skies Mourn”) and mythological (like Poseidon’s miniature sea-world in “Visions of Silk”), all produce fabulous portraits on enduring structures like the Schonbrunn Palace in Vienna (“The Golden Guardians”), the Charles Bridge in Prague (“The Purity of Smoke”) or near Neptune’s Fountain in Berlin (Three’s Not a Crowd Under Exquisite Pillows”); hideaways like the Jardin les Tuileries in Paris (“Gliding Umbrellas”) or the Old Town Square in Prague (“Night at the Old Town”); world-renowned landmarks like the Austrian Parliament Building in Vienna (“Metaphor for Peace”) as well as the Eiffel Tower (“White Dragons Hover The Tower”) and the Louvre Museum in Paris. There’s unplanned thrill in the cloud hovering over the peak of I.M. Pei’s glass pyramid before the Louvre as his lenses go “Charging into Mystery.”
In all these, viewers must face the realization that we cannot see all these through regular experience. For every dimension, the captured visuals would disrupt our vision and feeling, giving way to sensory overload. Elvert’s photography, however, does the opposite. While it maintains grandness, it opens the senses about what lies beyond the comprehension of the ordinary.
“My curator Edgar Cruz raised the number of photographs to 21 from the first 10-15 shots that I’ve chosen so as to ‘represent’ the clouds, in a manner of speaking. These were chosen from four of the twelve cities I visited in Europe last summer. Edgar and I choose the ones that seemed to ‘speak’ on its own. You’ll understand the adage, ‘what goes around, comes around,’ better, when you see the clouds captured within a rotating Ferris wheel. Most people miss the point of seeing the things that are there,” observes Elvert, ever busy looking around, even in deep conversation, very much the multi-tasker that he is: always in high gear and taking in everything that’s happening around; opening and closing his lash-fringed doe eyes faster than the shutter speed of his state-of-the-art paraphernalia.
In his notes, curator Edgar Cruz said it all in this eloquent passage, “Perhaps Elvert will do his own recording of rain, one day soon, when drizzle keeps falling on his slumbering soul.”
When not doing photographic work, for his own consumption or on some commissioned work, Elvert is either teaching Photography to young enthusiasts at the Asia Pacific College or dabbling in some serious art stuff at the NCCA, where he has become a fixture of sorts.
“Peacock Puffs” is his 14th solo exhibit but marks his first on-line. “Artists should not be limited by gallery space. Every mounting has to be current. The feeling now won’t be the same some years from now. Besides, the on-line arena has an altogether different audience. It does not alienate people and is wider and open globally.”
Elvert’s next on-line outing will present his collection of paintings that delve on ‘polarity and circularity’ and would probably one of the first, if not the very first, to tackle the subject in terms of color. “While before everything is staged, now the attack will be based on my take from experiences; something that comes naturally,” intoned the multi-talented media artist at the end of our colloquy.
Labels: digital imagery European locales exhibit photography