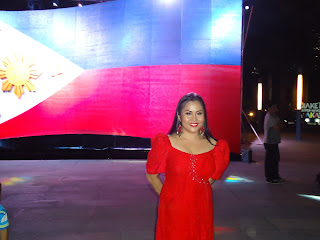 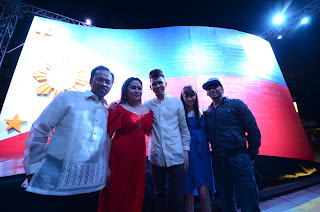 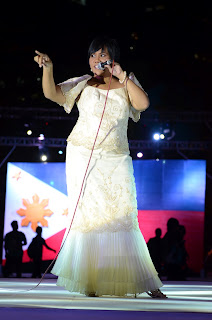 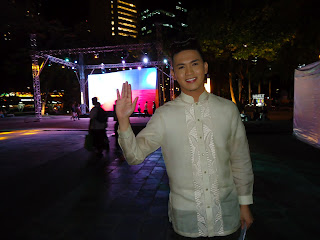 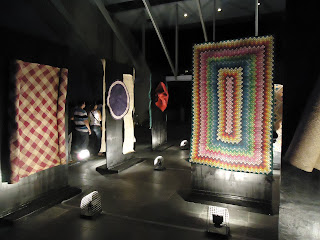 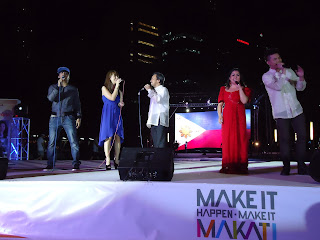 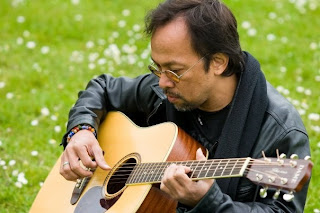 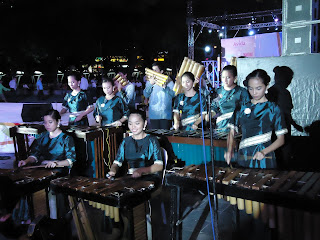 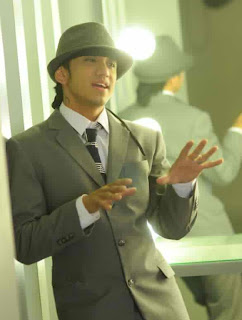 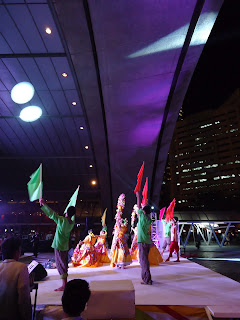 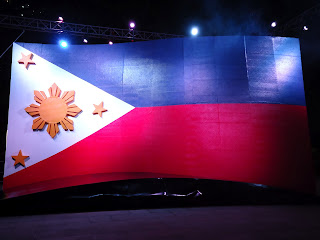 Celebrating the spirit of independence
By Earl D.C. Bracamonte


As part of Makati City’s two-day Araw ng Kalayaan celebration, OPM advocacy program Tunog Natin held a free concert at the Ayala Triangle Gardens over the weekend. Simply dubbed “A Grand Celebration of Philippine Independence in Makati,” the event also commemorated the 75th anniversary of the Ayala Triangle that included a fabulous Banig Exhibit by the Filipinas Heritage Library.
Presented by Avida Land and Ayala Land’s Strategic Landbank Management Group (SLMG), “Tunog Natin: Himig ng Kalayaan” brought together six of the most talented OPM artists, plus a surprise performance by Rico J. Puno who dished out a duet with equally talented daughter, Tosca.
Acoustic artist Princess Velasco captured the spectators with her sweet-voiced covers of Darna and the PBB anthem Pinoy Ako, rendered with her guitar. Whipping out his version of Rainbow, the most-downloaded Pinoy music on the Net, R & B act Duncan Ramos has come into his own after beginning his stint as a vocalist for South Border; evolving into an accomplished soulful artist and budding composer.
Both Velasco and Ramos perform regularly on the ABS-CBN Sunday variety show, ASAP.
“This leg of the Tunog Natin concert series resonate the sound of Philippine freedom and our musical identity as a people. Avida is strongly committed to helping develop Filipino culture by advocating OPM, and we are proud to spearhead this effort to foster appreciation in Pinoy music,” enthused marketing head Tess Tatco.
Tunog Natin project head and sentimental balladeer Myrus sang his composition Pusong Lito as well as fabulous covers of the Aegis hit Halik and Ogie Alcasid’s Kailangan Ko’y Ikaw. The prince of pop is one of the best singer-songwriters of his generation and has received recognition from the Awit Awards and the Philippine Radio Music Awards.
Kundiman got a reboot with Ima Castro’s essaying of the immortal classic Ang Tangi Kong Pag-ibig. Fans will remember Castro for her vocal range and prowess, which she put to good use when she began her career riding the pop diva/belter wave of the late ‘90s with Dessa and Anna Fegi. She eventually went on to play the role of Kim in the Manila production of “Miss Saigon” and lived with her husband in London for several years. Her Tunog Natin participation marks her first outing after over a decade of being overseas.
“OPM is the best legacy that we can leave the next generation. Pinoy music unites us as a people and expresses our deepest aspirations as a nation. We invite Filipino fans to support this new cycle of Tunog Natin concert series as they did in the past. And of course, like last year, they can expect a wonderful joyous time watching the live performances of our well-loved artists,” demurred Tatco.
Premiere vocalist and soulful diva Bituin Escalante mouthed a fantastic revival of Balut, Penoy to thunderous applause. One of music scenes most-loved and respected chanteuses by both fans and fellow singers alike, the big voiced thespian also belted a medley of Willie Cruz’s hits; mostly the ones from Sharon Cuneta’s movies like Sana’y Walang Wakas and Bituing Walang Ningning.
Singer-composer and alternative heavy Noel Cabangon, on the other hand, gave the audience an interactive moment by encouraging them to fill in the passages from his song Ako ay Isang Mabuting Pilipino. One of the icons of Filipino indie music, before he crossed over into pop stardom, he scored a radio hit with a remake of his composition Kanlungan, that was originally recorded as a duet by Myrus and Princess Velasco.
The weekend event also saw splendid Balagtasayawit (balagtasan, sayaw at awit) performances by Palihang Hagonoy as well as skillful renditions from FEU’s Bandang Kawayan. Filipino audiophiles are encouraged to continuously support the free Tunog Natin concert series and bask in the beauty of OPM, as a way not only to preserve its legacy but also to nurture the Pinoy soul.
Labels: campaign independence day music OPM Pinoy sound