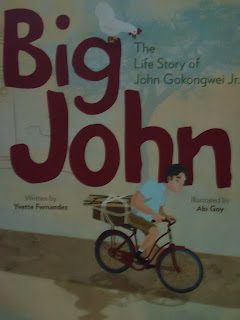 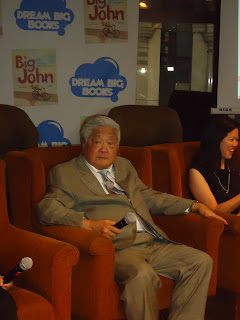 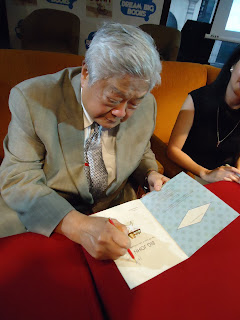 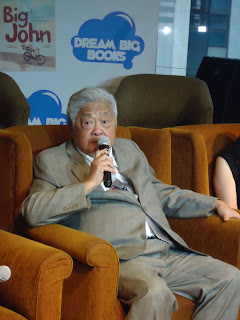 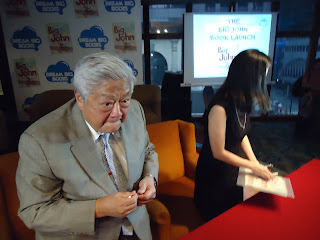 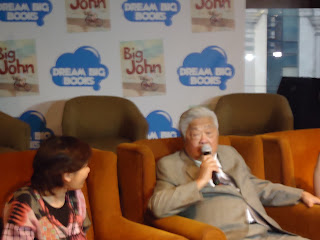 Crowne Plaza’s Bar One joint hosted the formal launching of John Gokongwei’s biographical children’s book ‘Big John. Published by Dream Big Books, an imprint of Summit Books, the said children’s book is its first publication. Big John, a modern-day fable about a little boy from Cebu who grew up to become big – in physique and stature – is a must-read for young impressionable minds, especially those inclined to fiscal undertakings. “People call me Big John because I weigh over 200 pounds. They also call me Big John because I own a big company that runs many businesses. I have been called a rich man because over the years I’ve made a lot of money. That’s true now but it wasn’t true many years ago when I was a little boy living in Cebu,” said the chief executive of the JG Summit conglomerate.
Based on the life story of entrepreneur extraodinaire John Gokongwei Jr., this easy-to-read publication is recommended as a guide to day-to-day living especially in today’s world of moral degeneration. The book launch at the Bar One featured a reading session by Lance Gokongwei, Jean Garcia and her 10-year-old son Kotaro.
What was originally meant as a personal gift for their father’s 85th birthday by his children (Robina, Lance, Lisa, Faith, Hope and Marcia) for his twelve grandchildren turned into a book which the Gokongwei family has generously shared with the reading public.
“It was a surprise for our father for his 85th birthday, and for his grandchildren. When people started asking for copies, we started printing copies for distribution. The proceeds from the sale of this book will go directly to our father’s foundation. The idea of making this into a coffee table book was thought of at first but then voted against it. When we were kids, our father told stories of his values. We want to pass on the same as legacy to younger minds,” intoned Lisa Gokongwei, president of Summit Media Publishing.
The 24-page illustrated book sets to inspire and teach the value of family more than anything. Big John is the first of Dream Big Book’s collection of inspiring stories written for children that will kindle in them a desire to help change the world we live in; turning it for the better. A series of children’s books are to be released within the year centering on the life stories of National Bookstore’s matriarch Socorro ‘Nanay Coring’ Ramos and freedom fighter Ninoy Aquino.
Written with a flowing heart-wrenching narrative by Yvette Fernandez, and illustrated by Abi Goy, Big John shows how with heart, determination, and vision, John Jr. was able to triumph over life’s difficulties (after his father’s untimely demise when he was still 13) and build the conglomerate that his family owns to date.
After Panda corn starch and Blend 45 coffee, the ever-growing Gokongwei empire started many other brands. You may recognize some of these consumer labels like Chippy, Chiz Curls, Nips, Cloud 9, Maxx candy, C2 green tea, Great taste coffee, Payless instant noodles, Robinson’s department stores, YES! magazine, Sun Cellular, and Cebu Pacific among many others.
A story about dreaming big, working hard and never giving up, the book also gives practical insights into the path of entrepreneurship by laying down questions readers should be able to answer in the affirmative before embarking into business. “Decide who your buyers are. Figure out what they want. Sell them what they need at a fair price. Work harder. Love what you do. Don’t give up. The toughest challenge of being an entrepreneur is being better than the rest of your competitors by selling a product better than anyone else’s. If you don’t have a better product, sell the same product at a cheaper price. If you can’t give it at a cheaper price, give them something else for free; even if it’s just a smile. Buyers always want a good deal. And they want good service. A happy smile is part of good service.”
The proceeds from the sale of Big John copies will be donated to the Gokongwei Brothers Foundation. Established in 1992 to support education to the less-fortunate, it has donated facilities, granted scholarships, and supported school programs across the country. “Can I tell you a secret? More than all my businesses, more than all the money I have, my family is my greatest happiness. I am an old man. I am now 85 years old. I am no longer little John. I am now Big John who weighs over 200 pounds. I have a good wife, Elizabeth, and a good family. I am happy!”
Big John is available in newsstands, bookstores and supermarkets nationwide for P125 apiece. For more information, simply log-on to www.summitmedia.com.ph/books.