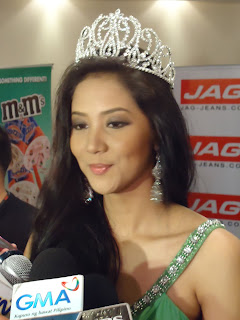 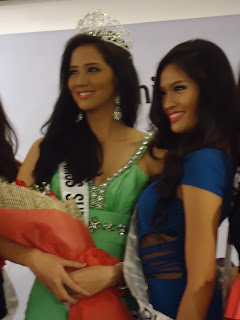 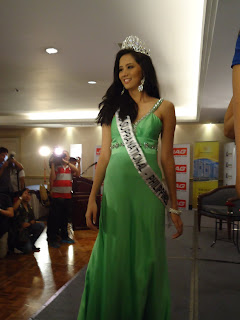 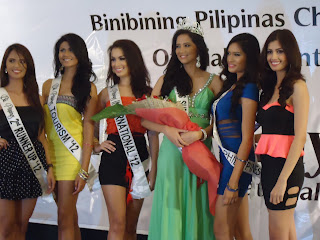 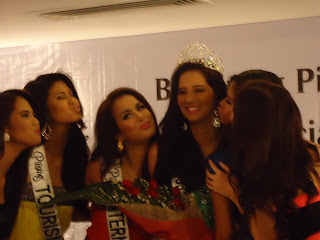 
Bb. Pilipinas 1st runner-up Elaine Kay Moll flew to Poland to represent the country in the Miss Supranational beauty tilt. The 20-year-old, 5’11” model from Catarman, Northern Samar said she is ready to be the first Filipina to win the title. Having competed in the Asia Model Awards in South Korea last January, prior to her Bb. Pilipinas stint, Elaine is no stranger to an international competition.
“I wasn’t expecting to be sent to this pageant. But I’m excited while nervous at the same time. Excited because this will be my first time in any part of Europe and for a competition at that! Nervous because, this time, I know that the competition will be stiffer. In Seoul, it was just modeling and was within Asia. Now, it’s on the other side of the globe so I’m making myself prepared, though in a huff.”
Months of rigorous training after the Bb. Pilipinas pageant kept Elaine in good shape. “Ever since we won last April, we’ve been in training. We go to the gym, watch our diet, do the pasarela as well as Q & A sessions in preparation for the international pageants.”
Personality development courses, photo shoots, TV guesting, and various other appearances at hig-profile events like the ADB Governor’s Summit helped the girls brush up on their social skills. “It has always been my dream to represent and give honor to our country, and I am definitely ready to do that. I’ve been busy preparing for my talent presentation and polishing on my walking and posing skills.”
The Miss Supranational 2012 pageant will be held on Sept. 14 in Warsaw. This will be the fourth installment of the annual search since its founding in 2009 by the Scandinavian-based World Beauty Association with the aim to “unite our world with beauty.” Last year’s Polish candidate Monika Lewczuk is the reigning title holder.
“I have lots of confidence in her. She can ably represent the Philippines in the international finals. Elaine has the qualities to make her the winner. The Supranational organizers got in touch with Binibining Pilipinas Charities Inc. (BPCI) and waited for three years for us to field a candidate. I didn’t reply immediately as I had my options open for other invitations as well.
“Since 2009, the pageant has produced lots of beautiful winners like the ones we have in Binibining Pilipinas. So I guess that helped in swaying my decision to send a representative,” shared BPCI chairman Stella Marquez Araneta.
Elaine will face over 75 other delegates representing different countries around the world. She and the other contestants will participate in various pre-pageant activities and graded competitions. Enthusiasts and supporters can vote for Elaine on-line through the Miss Supranational Web site, www.misssupranational.com/VotingPage.html. The candidate with the most number of votes will automatically advance to the semi-final round.