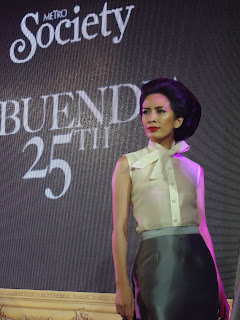 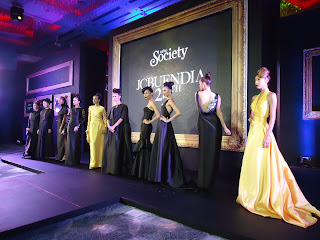 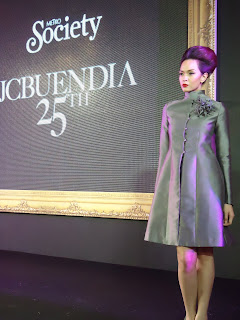 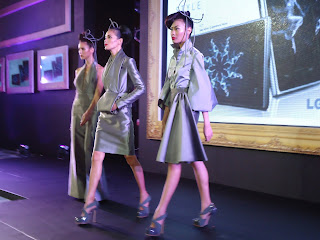 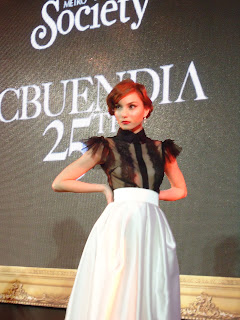 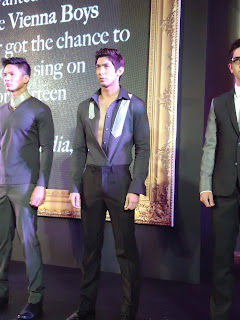 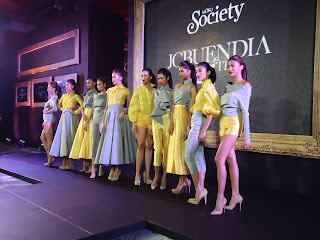 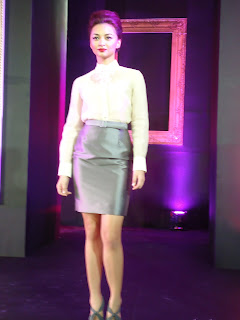 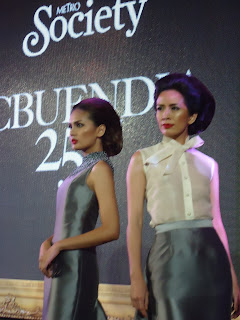 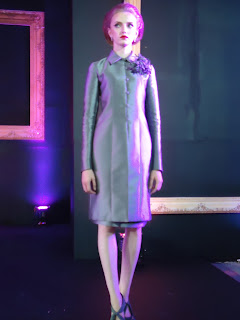 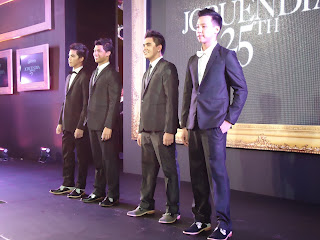 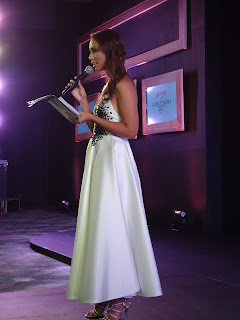 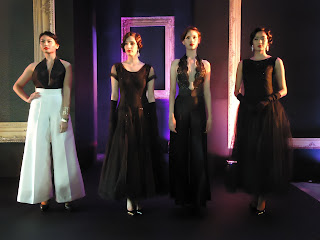 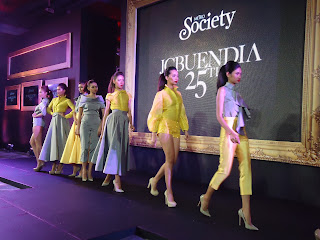 Creations culled from the celluloid
By Nico Erle Ciriaco


JC Buendia celebrated his Silver Year in the fashion industry through a 50-piece trunk show at the Marriot Hotel ballroom recently. Simply dubbed “JC Buendia 25th,” the gala show featured five suites to include all his signature pieces from cocktail dresses to evening gowns, formal wear, menswear and a bridal line.
Drawing inspiration from various movies that he has loved over the years, the collection affirmed his love affair with the silver screen. Clips from such films as Sound of Music, Breakfast at Tiffany’s, West Side Story, Sex in the City, My Fair Lady, Interview with a Vampire, The Queen, Princess Diaries, Memoirs of a Geisha, and Brokeback Mountain were projected on the runway’s LCD screen in-between the suites.
“JC Buendia is truly a rare treasure that gives us another reason to revel and be proud of the ingenuity and talent of the Filipino. His creations may have a modern twist but he never fails to include a touch of locality that serves as a reminder of our heritage. His cuts are always classic in design,” said Metro Society editor-in-chief Raul Manzano.
‘English Rose,’ the first suite, was comprised of Victorian and Romantic-inspired lines in black-and-white, dresses in tulle and French lace and delicate blouses over wide-legged Palazzos. Sabrina-collared frou-frou numbers and haltered gossamer tops with frill detailing brings to mind the era of Paul Poiret, Sciaparelli and Coco Chanel and such movies as W./E. and Gosford Park.
“I watched ‘Oliver’ with my aunt in 1975 and decided to become an Anglophile since,” revealed JC.
The Jeune Fille look commenced the second suite with full skirts and tops with billowy sleeves and perky bows. Canary yellow and pewter gray filled the palette in this collection of upper garments with heavy ruffle detailing, off-the-shoulder ensembles, sportswear and fully-beaded shorts; reminiscent of such ‘50s classics as Sabrina, Funny Face, Rear Window and High Society.
JC’s attention to detail has made him one of the most in-demand designers of his generation. His sophisticated view of Filipino design concepts has made him a modern design icon. Apart from his impressive collection and ingenious silhouettes, he continues to make his mark in the fashion industry as the official presidential couturier of two administrations. “He brings out the wearer’s style and not the other way around,” attested fashion designer Vittorio Barba.
‘State Visit,’ the third suite, presented precision tailoring for women in power. Pant suits, beaded coats, and corporate coordinates in pinya & gray interplay or simply monochromatic gray approximate the silhouettes from The Kennedys, Dave, The Queen, and The Manchurian Candidate.
The fourth suite opened with ‘Menswear’ as Vienna Boys choir-inspired suits were donned by teenage boys in bow ties. Thereafter, the ramifications of men’s suiting were paraded on the catwalk: zipped-top jackets, chino-collared duo-toned suits, open-breasted shirtsleeves, as well as black & grey ensembles and all-gray 3-piece coordinates. The distaff cuts showed a canary yellow gown with cut-out designed sleeves and ebony colored outfits with back-revealing details. This suite echoed silhouettes from such films as Les Choristes, The King’s Speech and Age of Innocence.
And the curtain closer, making up the Finale suite, showcased dramatic gowns inspired by the twists and folds of the obi sash and movies set in the Orient. Bow necklines, opera coat overlay, belted balmacaans, beaded haltered gown with a sweeping train and a bustier with beaded bustle hint at flicks like My Geisha, The Last Emperor, and Memoirs of a Geisha.
“In my parallel universe, it rains cherry blossoms,” quoted the featured designer.
JC’s trunk show may not have the elan of Inno Sotto or the high drama of Frederick Peralta, nor the naughtiness of Baddeo or Bacudio, but holds his own with low-key, clean classic lines that clearly ‘stand(s) and deliver!’
JC is the incumbent president of The Fashion and Design Council of the Philippines (FDCP) as well as the consulting designer for the Metro Society tribute gala for National Artist Pitoy Moreno.
But what started it all? “After reading Judith Krantz’s “Scruples,” I decided I want to become a fashion designer.”
Labels: collection designer fashion fashion show JC Buendia metro society